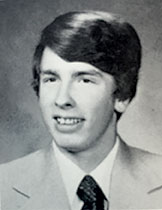 My fondest memories from Mt. Lebanon High School involve at teacher who went above and beyond for me. Mr. Charles Stull was my math teacher. He was not just “a math teacher” but a mentor and a coach. I actually looked forward to going to math class because he made it interesting and engaged the students.  Sometimes he would actually make us laugh. Hard to believe you could laugh in math class, but that was his teaching style.  When I was in college I struggled with a math course.  I ran into Mr. Stull and he again helped me helped with some tutoring. After I graduated, Mr. Stull encouraged me to pursue my master’s degree, which I would never have considered without his encouragement. I shared this experience during my DARE Officer training.  The lead instructor was a school superintendent and he told the class that is exactly what a great teacher does—they make learning interesting and engaging for students and that’s what he wanted us to do when teaching DARE classes. Thank you Mr. Stull. 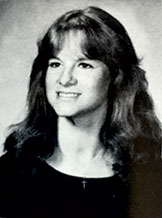 High school was mostly a blur to me, as I navigated through cliques, clubs and academics. I can remember reading Goethe’s “Faust” in German class…in German (thank you, Frau Stein!), and I have fond memories of the recently departed Tom Taylor, my Chemistry teacher, who sparked an interest in science that I should have pursued. I can recall the disbelief and subsequent euphoria of making Rockettes my junior year, and again my senior year; a failed campaign to run for secretary of student council. But I suppose the most poignant memory is of October 31, 1981. That was the evening of the Homecoming Dance, and it would determine my future. My date that evening was a shy, handsome soccer player named David, who became my husband six years later, on October 31, 1987. 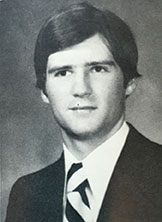 My high school memories really relate to the traditions and continuity of Mt. Lebanon schools. My senior year at the state track championships in 1979, Coach Ron Schreiner (art teacher) and Coach Lyle Bergmen (biology teacher), who were both awesome individuals in completely different ways, were with me. Coach Schreiner gave me excellent yard by yard strategy for the race. Just before the gun went off, ex-Marine Lyle Bergmen walked over to give me his advice, which he deadpanned “hurry back.” In 2011, Coach Schreiner was there for my daughter for her senior year cross county state championship, when she was run over by a deer during the race! On another note, starring in the Holiday Show in 1979 with my buddy Jim Flanagan, and 35 years later seeing it still going strong while watching my son emcee the show is also a pretty nice memory. 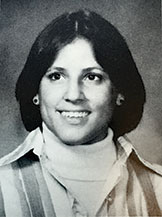 I remember high school as a busy time, full of activities of all sorts. I played french horn in the orchestra, was a member of Modern Music Masters, played for the musicals (they were held only every other year back then) and was part of many small ensemble groups so it seemed as if I was always at a rehearsal of some sort. Friday nights were for cheering in the student section at the football games in the fall, or braving the cold with the ski club at Seven Springs in the winter. I was always interested in science, and enjoyed all of the required courses and many electives, but, as with any member of the class of 1979, freshman English class was the highlight. It was our class that headed together from the high school to the Denis Theater to watch Romeo and Juliet. It didn’t go well, to say the least, so the trip was never repeated. While our teachers and administrators might prefer to forget that episode, it is one event unique to the class of 1979! 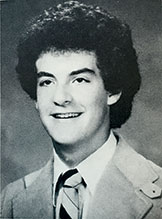 A highlight of my time at Mt. Lebanon High School begins with time spent in Mr. Cable’s 12th grade AP European History class. He was a marvelous teacher who I still maintain a close friendship with today. I also have great memories of playing both basketball and baseball with my Lebo teammates. One memory that stands out is when I struck out Dan Marino in the first inning of a game against Central Catholic in 11th grade. During the next at bat, he hit the longest homerun ever at Wildcat Field! 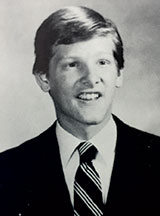 My family moved to Mt. Lebanon at the start of my junior year.  I clearly recall how seriously education was taken by nearly everyone in the district. The students were usually in their seats well before class started.  Everyone fell silent and looked to the teacher when the bell rang.  Most kids seemed ready to learn and the teachers seemed ready to instruct. They would stroll down the aisles as they lectured and would stop next to the desks of the inattentive.  There was no hiding in the back of the classroom and goofing off. The teachers commanded your attention and expected that you participate and take notes.  You’d better have your homework done.  It all typically paid off when the graded tests were returned.  Misbehavior was met with near disbelief. College, of course, was a given.