Last week, in single-file groups of 10, second-graders from Markham School took over Uptown Mt. Lebanon with clipboards at the ready. “You’re going to be a detective,” the volunteer tour guide said. These students, on the annual school district walking tour of Mt. Lebanon, are the 14th class to participate in the program, which is jointly run by the Historical Society of Mount Lebanon and Pittsburgh History & Landmarks Foundation. Students from all seven Mt. Lebanon elementary schools learn about the founding of Mt. Lebanon and the history of key buildings in Uptown, such as the municipal building (built in 1930 in Art Deco style), the old Commonwealth Trust Company Building (now Jade Grille, which still has several bank vaults built in) and Mt. Lebanon Floral’s building (which used to be freestanding and has evidence of former windows inside). The young kids’ clipboards hold a series of architectural details to hunt for during the tour and they eagerly keep their heads up, looking for the buildings that match them.

In 2002, two years after the walking tours were founded and a year after they began with second-graders, the Pennsylvania Council for the Social Studies awarded the school district an Outstanding Elementary Social Studies Project Award. The parents are equally as pleased, according to evaluations. “This is a real eye-opener. Not only for the kids, I also learned a lot of things on this tour. It’s very good to have a chance like this to learn about the place where we are living,” one of the parents wrote on a post-tour survey. The script for tour guides is a whopping 18 pages long, not because they’re required to talk about all that content, but because it’s necessary to be able to answer both student and parent questions. And the kids have plenty of questions; two hands seem to be perpetually raised, although the owner of those two hands often changes as kids forget their question or become interested in the story being told once again. And when it comes time for actual questions, there doesn’t seem to be a single kid without something to ask or say. 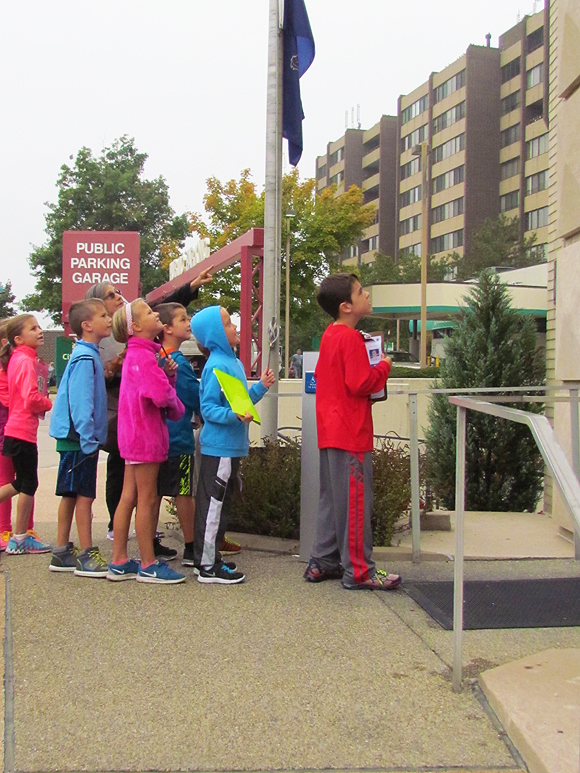 The tours seem to stick with the students, too. One Washington elementary student adorably took markers to paper and wrote, “I like learning about old things and the beanies and the real old tracks.” During the tour, second-graders looked at old Mt. Lebanon High School memorabilia (“beanies”) and viewed photographs of the former trolley line (“tracks”). More-so than the awards and positive parental feedback, the simple note from a child proclaims loud and clear of a job very well-done. 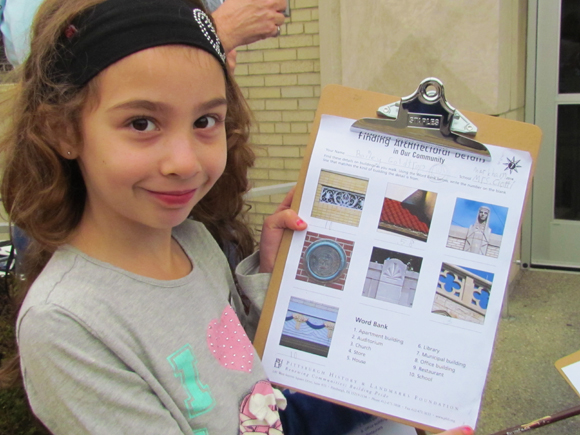 The walking tours are volunteer dependent and Louise Sturgess, executive director of PHLF, candidly says, “We could not lead the walking tours without this volunteer support.” If you’d like to get involved, you can contact her at louise@phlf.org for more information.