A SAFE DISPOSAL In the last 18 months, the Mt. Lebanon Police Department responded to eight heroin overdose deaths in the community. The victims ranged in age from 19 to 53, proving this isn’t just a youth problem. Because heroin is cheap and pure, its use is on the rise—the Western Pennsylvania Drug and Alcohol Commission reported that last year was the first time the number of heroin and non-heroin opiate admissions at rehab facilities exceeded the number of alcohol admissions.

Since most heroin addictions begin with the abuse of prescription opiates, a new community task force—S.A.F.E. (Stop Addiction for Everyone) Lebo—was formed to take a proactive approach to the drug problem. This fall, the group oversaw the installation of a secure, 24/7 drop-off box where people can deposit unused or expired medications. The hope is that if people get rid of their prescription drugs as soon as they are no longer needed, it will decrease drug abuse and prevent the drugs from being stolen. 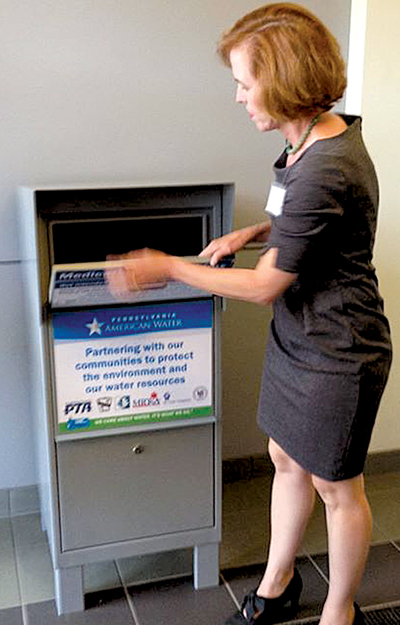 The box is located in the rear lobby of the public safety center, 555 Washington Road. It will be accessible 24 hours a day, seven days a week. The police department will inventory the contents of the box and destroy the drugs.

S.A.F.E. Lebo has launched a poster campaign and a website, www.mtlebanon.org/SAFE, and plans to tape a forum this month to be aired on cable TV and archived at www.mtlebanon.org under “public meetings.”