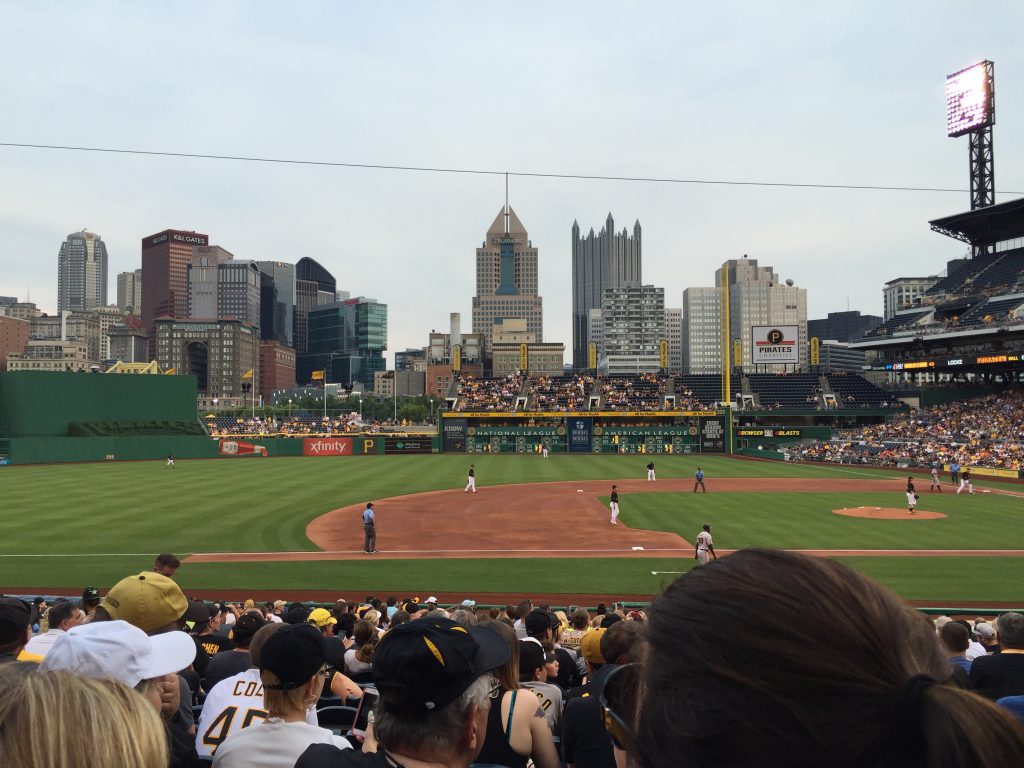 I moved to Pittsburgh to attend the University of Pittsburgh in 2002. Somehow, through many strokes of luck and a bit of determination, I ended up staying in the area and starting a family here. Along the way, I’ve learned some lessons about the ‘Burgh. These lessons include how to take the infamous Pittsburgh Left, what to order at Primanti’s, and most of all, how to talk sports.

If I had to summarize Pittsburgh’s energy in just three words, it would be sports, sports, sports. Sure, we have an amazing assortment of culture and entertainment in Pittsburgh. But the most important pastime to most Pittsburghers is sports. And there’s good reason for that, as we host three champion sports teams in our town. There’s no greater bond between Pittsburghers than our beloved teams. There’s also a certain expectation that, “well, you watched the game last night.” Or at least streamed it online. Or at least heard what happened, right? Or do you live under a rock?

My husband, although a native Pittsburgher, approaches sports with a sort of general ambivalence that comes as a relief to me. We will gladly go to a Bucs game if my department at work happens to have the box that night. In other words, our tickets are free, so why not spend a summer evening drinking beer and watching the game? I mean, that VIEW from PNC Park!

By now, you’ve probably gotten the general feeling that our house is not exactly sports oriented. But my husband and I agree that in a place like Pittsburgh, it’s critical to at least check in with the Steelers, Penguins and Bucs. Many social and professional successes depend on it. If you need to make small talk during an elevator ride with your boss, a little knowledge about last night’s game is crucial. My husband and I never actually sit down to watch a full game, but his policy is to always know of some incredible play or bad call so that he can contribute to the conversations going on around him.

My husband’s instincts are spot on in that regard. Sports are so intertwined with Pittsburghers’ lives that the day after having our baby, Jude, we were recovering in the hospital and overheard the nurses shouting as they watched the Pens game down the hall. The Pens won the Cup that night in 2016. One year later, on Jude’s first birthday, the Pens brought home Lord Stanley again. Now, in my mind, the memory of our son’s infancy will forever be tied to the Pens.

That’s OK with me, though. When you live in Pittsburgh, sports fever eventually kind of grows on you. The excitement is contagious. During this latest round of hockey playoffs, I found myself up late following the game as the Pens tried to overcome the Capitols and were sadly eliminated. I felt some disappointment that this year, Jude will celebrate a birthday without a Stanley Cup. I then checked Twitter for some post-game analysis and to read the reactions from fellow Pittsburghers.