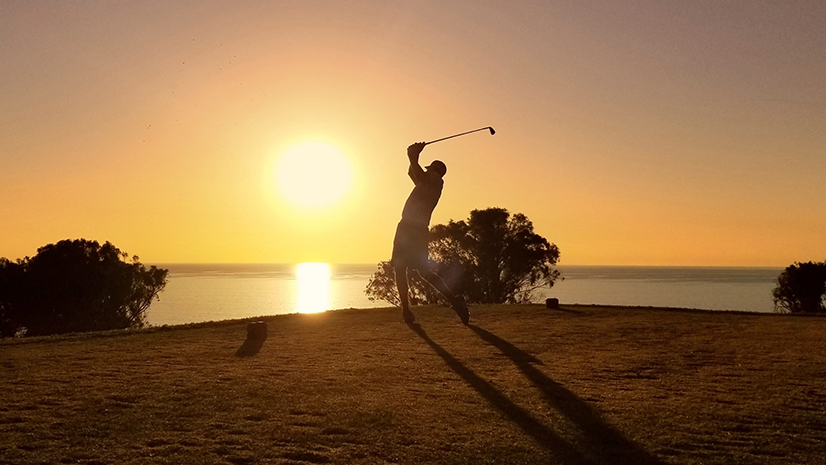 Are you a Mt. Lebanon alum who has a snap of you doing something fun or visiting somewhere cool? Share it with us! Send it to mjantz@mtlebanon.org, and you could be in the next Mt. Lebanon Magazine.

STU CHABAN is Mt. Lebanon Magazine’s new advertising manager. He replaces Diane Cyphers, who retired earlier this year after 22 years with the magazine.

Chaban has a wealth of experience in media and ad sales, beginning as a radio producer for WTAE in 1981, following his graduation from Temple University with a degree in communications. He has sold advertising for The Jewish Chronicle, the Pittsburgh Business Times, 3WS radio, KDKA radio and television and what is now Comcast, and also worked as a media planner and buyer for the marketing firm 321 Blink.

In addition to his sales career, Chaban owned the Coffee Den, in the St. Clair Shops on Bower Hill Road, from 2003 to 2008, and was involved in scouting with Boy Scout Troop 28 for 21 years.

Chaban, a lifelong Mt. Lebanon resident, lives on Pinewood Drive with his wife, Sandy, and their Corgi, Jack. The couple has two sons, Alex, 35, and Josh, 32.

IN MT. LEBANON MAGAZINE’S MAY,2019, ISSUE, we published a story titled The Morgan Moves On, by senior editor Katie Wagner. It featured David Burrows, Pat Haven Drive, and a storied 1951 Morgan Plus 4 four-seater classic car, which he purchased in 1986 but was preparing to ship it back to England to be reunited with the family of the original owners. You can read it at www.lebomag.com.

Marc Melada recently read this story while searching for a Morgan owner in Pittsburgh. Melada’s father, Dr. Arthur Levine, the recently retired dean of the University of Pittsburgh’s School of Medicine, is a “Morgan car fanatic,” according to Melada, and was about to celebrate his 85th birthday on November 1. Melada emailed Wagner, asking if she remembers finding anything in her research that might help him connect with a local Morgan owner to possibly organize a birthday surprise for his father. She forwarded it to Burrows, who, it turns out, has another Morgan, and was happy to organize a birthday surprise at his home for a fellow Morgan aficionado.

November 1 was a beautiful fall day, so not only did Dr. Levine get to see a Morgan—he got to go for a drive! “Art told me it was his best birthday ever … I enjoyed sharing my cars and military collection, so it was a good day for everyone,” said Burrows.

Bunger joins St. Clair from University Hospitals Health System (UHHS) in Cleveland, where she chaired the graduate medical education committee. Prior to her time at UHHS, Dr. Bunger held progressively responsible positions with the University of Cincinnati Medical Center, most recently serving as the chair of the diversity and inclusion council. She holds a doctorate in public policy from George Mason University.