In 2017, The Conovers donated $175,000 to the school district to open Matt’s Maker Spaces at all seven elementary schools to celebrate the life of their son, Matt, who died at age 12 from non-Hodgkin’s Lymphoma.

“Thanks to the Conover family, the valuable STEAM experiences our students enjoy in the elementary Matt’s Maker Spaces will continue as they move to our middle schools,” says Mt. Lebanon School District Superintendent Timothy Steinhauer. “The maker spaces encourage an environment of collaboration and hands-on participation that is an integral part of 21st century learning.”

DISABILITY SUMMIT The first of state Rep. Dan Miller’s Children and Youth Disability and Mental Health Summits, in 2014, drew maybe 600 people, who connected with about 116 organizations. Since then, the summit has grown steadily and expanded its focus to include adults. This year’s Disability and Mental Health Summit, which coincides with the 30th anniversary of the passage of the Americans With Disabilities Act (ADA), will take place on Tuesday, March 3, at the David L. Lawrence Convention Center, with a wide range of informative sessions on issues impacting people with disabilities and mental health challenges, their families, and the professionals working with them.

Miller has a lot of praise for the way our region has embraced the ADA, but sees room for improvement.

“We are going to be sure that the ADA is not just celebrated but advanced, not just in D.C., but in Harrisburg, and in every aspect in every municipality here in Allegheny County,” he says.

Information about speakers, vendors and resources for this year’s summit is still developing. Stay informed at disabilitysummit.com. 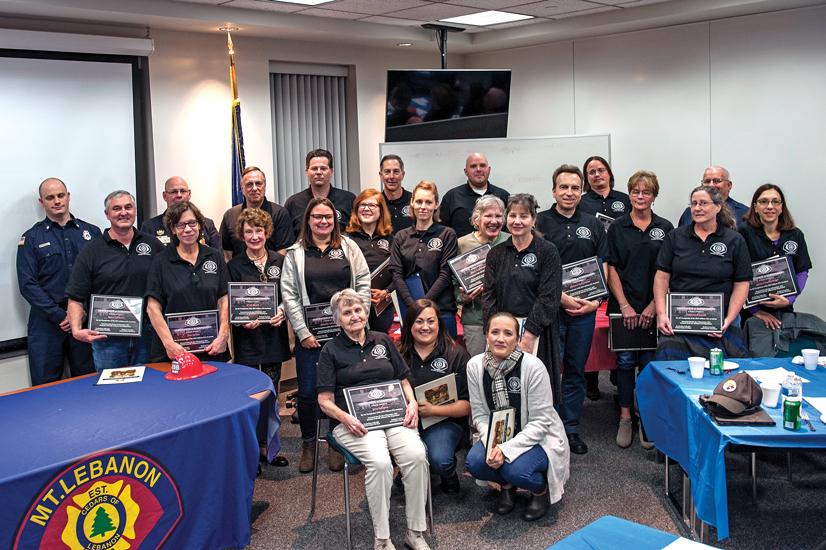 The Mt. Lebanon Fire Department concluded another successful Citizens Fire Academy. The 10-week course introduces participants to all phases of fire department operation, culminating in a hands-on session at a local fire academy.

HEROES AMONG US Paying it forward. Performing a random act of kindness. Just being a good human. Whatever you want to call it, we believe our community, and the world in general, has a good supply of stories about strangers going out of their way to help people who are in a jam, or people who just need a break in the middle of a run of bad luck. If you have a story to tell, send it to mjantz@mtlebanon.org, or to Merle Jantz, 710 Washington Road, Pittsburgh, PA, 15228.

NET SAVINGS Comcast’s Internet Essentials program provides low-income households with internet access for under $10 a month, and the opportunity to purchase computers at a deep discount. The eight-year-old program is open to residents who live in a Comcast service area and who receive public assistance, including Medicaid, housing support, SNAP, SSI or other programs. Details about eligibility and the application process are at internetessentials.com.

FREE INCOME TAX HELP The Volunteer Income Tax Assistance program is available from February 3 through April 9, at the Bible Chapel, 300 Gallery Drive in McMurray, (five miles past South Hills Village) Monday through Friday between 8:30 a.m. and 2 p.m. Bring copies of last year’s federal and state tax returns; proof of identification for yourself and your spouse; Social Security numbers and birthdates for yourself, your spouse and all dependents; W-2s, all 1099s, including Social Security; 1095 healthcare statements and property tax receipts.  For direct deposit of refund, have your bank account and routing numbers. For more information, call the IRS at 800-829-1040 or search “VITA” online at www.irs.gov. Please do not contact the Bible Chapel. 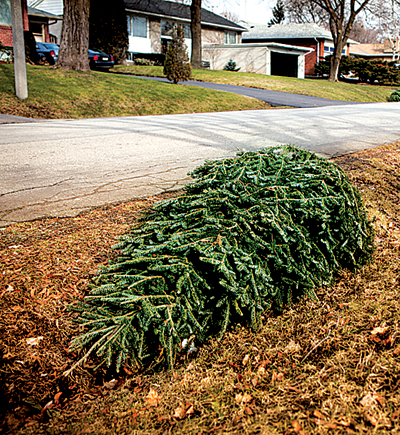 CHRISTMAS TREE RECYCLING Waste Management will pick up trees at curbside on Saturday, January 11 and Saturday, January 18. Please have your tree at the curb the night before either collection date.  Because the trees are going straight into the chipper, they need to be stripped of all lights, tinsel and other decorations, and cannot be in plastic bags. You can also drop your tree at the public works facility for recycling during this period.  An area will be designated with a sign for this purpose. Finally, you can put the tree out with your trash for regular pickup.

CHURCH CHAT The Historical Society of Mount Lebanon’s latest exhibit on the houses of worship in Mt. Lebanon will be open through at least the end of January at the History Center, 200 Lebanon Avenue. The congregations represented in this exhibit have provided such services, sometimes before there was a Mt. Lebanon. The earliest traces its roots to 1802: the latest to the 1960s. The histories of the religious congregations in Mt. Lebanon also give us glimpses into other areas of the community’s past: the growth of population in the 1920s after the opening of the Liberty Tunnels in 1924 and the Liberty Bridge in 1928; the growing diversity of the community’s ethnic and cultural makeup and conflicts between established residents and newcomers. All of these houses of worship have played significant roles, not only in the lives of their members but in the life and history of the community at large. Highlights of the exhibit include a program from a typical Sunday service in 1941, for a date—December 7—that would live in infamy; and the original cross from the steeple of the first house of worship of the Bower Hill Community Church.