Floods. Hurricanes. Disasters always happen somewhere else… until they strike our own homes and families. That’s why the same organization known for its red kettles and jolly bell ringers is ready with a hot meal and comforting hand. 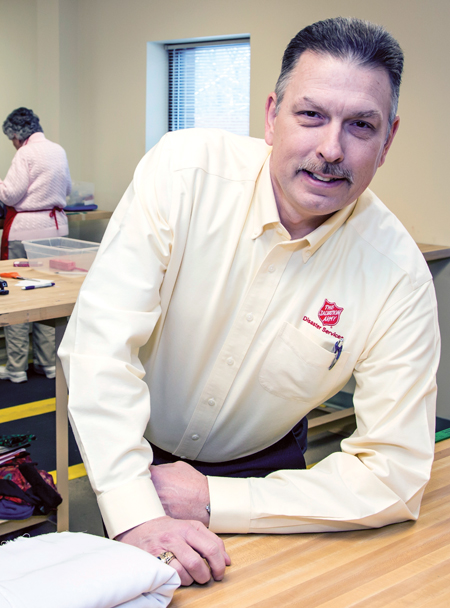 Riemer who also is a Mt. Lebanon School director, joined the EDS after retiring from the Mt. Lebanon Police Department. His staff, many of whom also have a background in first response or military service, along with volunteers “do a little of everything,” he says. “Some pick up donated food during the day, and others respond to emergency situations, like house fires at one in the morning.”

A Pittsburgh team from the EDS assisted in New Jersey during 2012’s Hurricane Sandy. “The military went in first to secure the area,” says Riemer. When the EDS provided them with breakfast, the military personnel “almost started crying over the warm meal. They probably ate three dozen eggs.”

A woman who visited a Salvation Army canteen during the hurricane later emailed Riemer. She appreciated how every time her family returned to the canteen the volunteers greeted them by name. “Getting correspondence like that from the people out there is what makes this job worthwhile,” says Riemer.