Chief Coleman McDonough, along with former City of Pittsburgh Police Chief Robert McNeilly, testified on best practices of law enforcement in front of the state Senate Judiciary Committee in February.

McDonough, who served with the State Police for 24 years before coming to Mt. Lebanon, spoke on behalf of the Allegheny County Chiefs of Police Association. 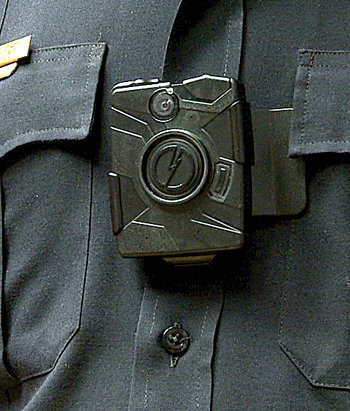 The focus of his testimony was the pros and cons of body cameras, a new technology that allows officers to wear tiny cameras on their torsos. Although the camera can be used to accurately depict encounters with the public, it also can sometimes be problematic when it comes to privacy issues and state laws. McDonough said.

He testified that audio and video recordings can “enhance public confidence in our investigations and in the integrity of convictions;” however, he warned that the video is not a complete version of an event and does not capture the whole story. Additionally, state law requires officers who enter a home without a warrant to turn off the camera, which can divert an officer’s attention when it is most needed during a risky or tense situation.

Video captured by body cameras may also be available to the public through the state’s Right to Know Law, which can lead to significant costs and staff time to determine whether each individual clip can be released, McDonough said.

The state’s wiretap law requires people to consent to being video recorded, which can distract a police officer during a critical incident, if the subject says “no” and he must turn off the camera.

In his conclusion, McDonough urged the legislators to give police chiefs time to come up with the best balance among transparency, safety and privacy.

The entire transcript of McDonough’s testimony is available here.