As we stepped over the threshold, we were hit with the smell of diesel exhaust and dirt, enveloped in the scraping of a frontloader scooping cinderblock crumbles. But through the enthusiastic eyes of owner Brooks Broadhurst, we could imagine the restaurant’s future: the smell of fresh roasted meats, the ping of toasting wineglasses and clink of ice falling into highballs.

Broadhurst and his wife, Jen, of Racine Avenue, will open Block 292 in May, after a complete renovation of the former Beverly Service, a generations-old auto repair business. The funky, casual restaurant with seating for 50 will include a small bar, a full-service butcher and retail market with produce, and a small amount of takeout prepared foods, so people can stop in on their way home to buy ingredients for a fresh dinner. 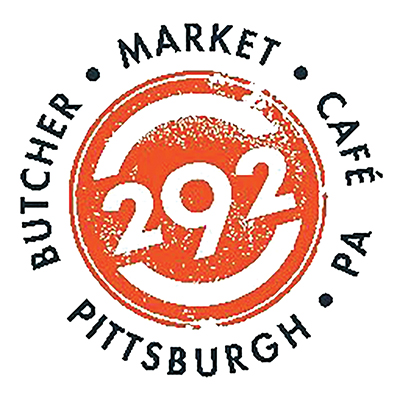 “Our goal is to be a neighborhood place,” he says. They won’t take reservations, which will encourage locals to walk in any time. They’ll be open for breakfast, lunch and dinner. Weekday breakfasts will be simpler than weekends, and children from nearby Lincoln School will be welcome.

“This is not a special occasion restaurant, although it would certainly serve for that,” he says of the casual feel. The menu will change frequently but is likely to have burgers, four or five entrees each night and house-roasted selections of beef, pork, chicken, turkey and lamb. All food will be fresh and the fries will be hand-cut. And it’s not just meat; vegetarians can expect delicious choices. Bar service, which will complement the food, will specialize in wine and high quality mixed drinks.

The butcher shop and restaurant will play off each other. The meat comes courtesy of John and Sukey Jamison, owners of Jamison Farm in Latrobe. The Jamisons are well-known for succulent and sustainable meats free of hormones, antibiotics, herbicides and insecticides. Broadhurst met them while he was working in procurement for Eat’n Park Hospitality group, where he was most recently senior vice president before striking out on his own.

John and Sukey’s daughter, Eliza Jamison, a graduate of the Culinary Institute of America, will be executive chef. Eliza has worked at Le Bernardin, Telepan and Market Table in New York, Café Boulud in New York and Palm Beach and Primo Restaurant in Rockland, Maine.

Broadhurst will be the restaurant’s general manager, supervising a staff of 40. The Broadhursts are putting well over $1 million into the 1930s era building. FMS Construction of Sharpsburg is managing construction and the design is from Wildman Chalmers in Lawrenceville. After completely gutting the building, knocking out walls and adding support beams, contractors will paint the building exterior white, with glass garage doors to let in natural light.

“It won’t be garage-ish,” Broadhurst says of the “slightly industrial” design. “It will be clean.” The high ceiling and its thick wood joists will be exposed. A small bar across the front will have some seating. The main dining room will have tables for about 50 people and a private dining room in back will seat 15 to 18 people.

Some parking will be available out front, and it will be creatively designed to maximize the space, he says. A point-of-sale system will help matters for those in a hurry; once your card is in the system, you can place orders ahead of time, quickly pull up and take out your groceries.

Broadhurst says the community is so important to him that he is purposely avoiding competing with neighboring merchants. Block 292, named for its address, will serve coffee from neighbor Coffee Tree Roasters, but they won’t do cappuccinos or lattes, since the coffeehouse is across the street. They won’t carry a ton of draft beer so as not to compete with Bado’s Pizza Grill and Ale House. They won’t sell penny candy or ice cream cones, either. They also intend to contribute to the local economy as well. Their uniforms will come from Commonwealth Press, on Washington Road, and Broadhurst says he has been working on ways to become involved in Beverly Road events