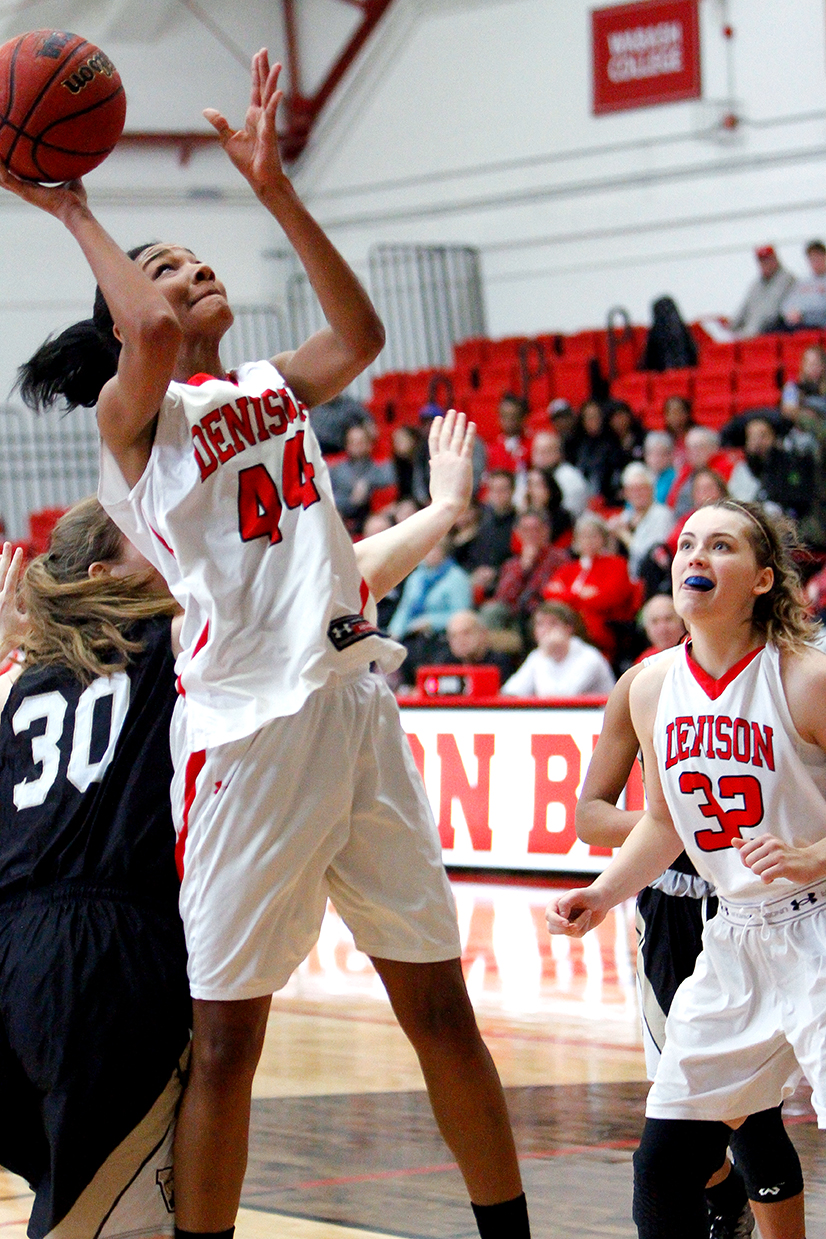 Jordan Holmes wanted to be a dancer. Who knows? Maybe she would have been a great success. But that was in third grade. Things change, especially when your father has a lot of influence. Cornelius Holmes played basketball at Robert Morris in the late 1970s and early ’80s. In addition, Jordan’s mother, Myrna, found the costumes for dancing to be expensive.

So, Jordan became a basketball player. And what a player.

“He’s been there every step of the way,” she says of her father. “He pushed me to be better. Since being in college, I’ve seen how proud my father is.” 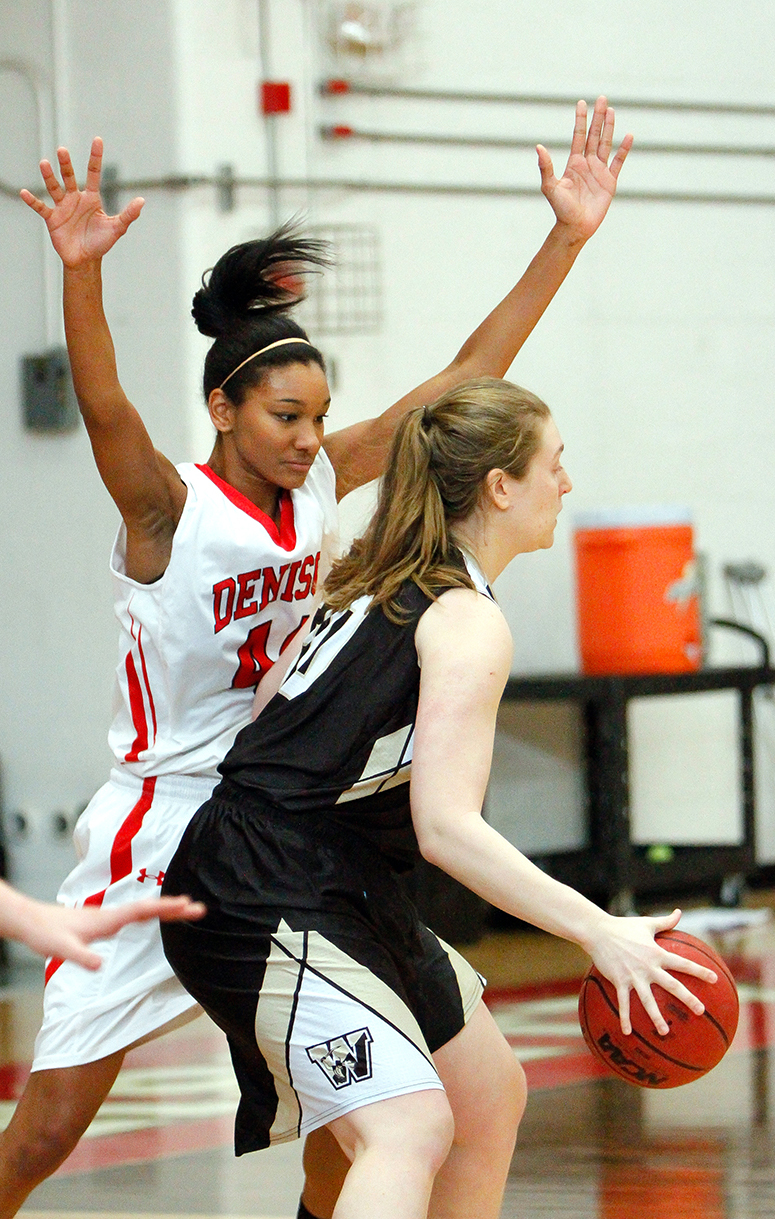 Holmes, of Fruithurst Drive, is just now absorbing all she did.

“I honestly think it wasn’t until my last game, and I was shocked at all I had done,” she says. “I never in my wildest dreams would have imagined the amount of success I’ve had.”

Cornelius agrees. “To be honest, neither did I” expect that level of success when Jordan left for college, he says, but he came to realize his daughter was in the ideal place for her to prosper.

“I was thinking about Division I or Division II, but it was her choice,” he says. “It fit her personality perfectly.”

Holmes looked at a variety of schools coming out of Mt. Lebanon. She decided she wanted to go somewhere with small class sizes and good academics. She became a Denison recruit during college’s early commitment period before her senior season.

That was before Denison coach Sara Lee had seen Holmes in person, having sent an assistant to watch her. “It was midway through her season before I saw her, and when I saw her play I knew she was going to be good,” Lee says.

Still, Lee, following conventional thinking, wanted Holmes to add some muscle to her lanky frame and play a more physical game as she made the transition to the college level.

Holmes didn’t want to disappoint or defy her coach, but she wasn’t comfortable overhauling her game because her game seemed like an extension of who she was as a person.

“My college coach told me I needed to gain maybe 20 pounds,” Holmes says. “Once I got in the gym and proved her wrong—boy, did I prove her wrong—I got a lot more confidence.”

Lee quickly realized she didn’t need to remake Holmes. “She started her first game for us, and I never, ever thought of taking her out of the lineup,” Lee says.

While points and offense often define an athlete, Holmes always gravitated in another direction. She says a lot of her points came directly from offensive rebounds rather than initial shots. And there is the shot-blocking. “My defensive mentality has always been there,” she says.

Cornelius Holmes—formerly in banking and now in the non-profit realm—says Jordan has had a knack for blocking shots since she was young, coming through programs at the Mt. Lebanon Rec Center and AAU. Initially, he says, she was “a swatter,” slapping the ball away, often out of bounds. She was taught to raise her arms, and had better success, and eventually developed her own style where she raises her arms, knocks the ball up and often retrieves it for a block/rebound combination.

Holmes credits legendary Blue Devils coach Dori Oldaker with preparing the girls there for the college game, but even Oldaker thinks Holmes might have gotten lost at a larger school.

“She’s so humble and so quiet,” says Oldaker, who keeps up with Holmes via texting. “I don’t know if I saw that (success) coming for her. Her frame, she’s so thin. So I would like to say (Division III) was a perfect fit.”

Lee came to admire Holmes’ natural instinct for the defensive aspects of basketball, like blocking shots, and the athleticism, jumping ability and reach that help with blocks and rebounding. “With the blocks, it is absolutely nothing we have taught her,” Lee says. “Some things you can’t teach. She most certainly is a player that has a skill set that I’ve never coached before.”

Consider, with that last statement, that Lee has been the Denison coach for 28 seasons. She found Holmes eminently coachable, if quiet at first.

Oldaker knows all about that. “She’s a quiet, humble assassin,” Oldaker says. “She just protects the rim.”

Holmes is on track to graduate this spring with a degree in psychology. She wants to work in clinical psychology. That’s a demanding field, one that requires a certain personality type.

Holmes figures she’ll be a good fit. “I’m very patient and very calm,” she says. “That’s why I’m not a very physical player.”

She also hopes she’s not done playing. She is hopeful of playing professionally overseas before launching her post-basketball career in psychology.