PACIFIC FUSION Panchiwan Tangkea and her sister, Mayjeera Shiobara, grew up in Thailand, in a family who knew the restaurant business. Shiobara married and moved to Japan; Tangkea ended up in Pittsburgh.  Still, they wanted to start a restaurant together—one with authentic Asian food. They originally planned to make Thai food, but since Shiobara had fallen in love with Japanese food, she suggested doing a fusion of Thai and Japanese. That’s where the concept was born for Umai, 297 Beverly Road.

The sisters are co-owners, but Tangkea runs the restaurant. Its menu offers the traditional, such as ramen and soba dishes, curries, sushi and the ever-popular pad thai. But the menu also boasts things you can’t get nearby, such as a raw bar and sashimi quality fish to take home and prepare in your own kitchen. The restaurant offers robatayaki—a method of cooking, similar to barbecue, in which food is slow-grilled over hot charcoal.

The food is complemented by a full bar with top shelf selections of wine and beer including microbrews, sake and signature cocktails such as Thai margaritas. There is also a kid’s menu.

Tangkea says fish is their specialty, and the menu brims with fresh choices, including oysters, a seafood tower and crisp vegetables. The restaurant employs 10 and seats about 44, including at the bar. Umai also has lunch specials and Happy Hour.

Tangkea says they considered four different locations before choosing the Mt. Lebanon spot, which opened in September. “I love the area,” she says. “I just feel good about it.” 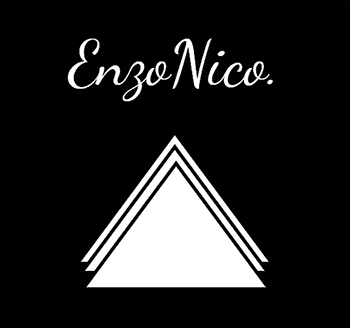 Enzo Nico Mt. Lebanon’s Larry Altman has been clothing the best-dressed men for more than three decades with his L.S. Altman stores, which have resided in The Galleria and most recently, South Hills Village. But mall rents being what they are, Altman decided to forgo the high prices for a more personal feel with a new shop called Enzo Nico at 250 Mt. Lebanon Boulevard. “I thought it had a nice mystique to it,” he says of the store’s name.

The men’s clothing store will carry everything from suits to jeans and in between but the focus will be on dressy casual, says Altman, of Roselawn Avenue. “We’ll continue to service the customer who brought me to the dance,” he says of the traditional store shopper. But his stock will evolve to serve the millennial shoppers.

The designers include lots of names you know: Calvin Klein, Michael Kors, Tallia, Ethan Williams, Forsyth of Canada, Ralph Lauren and Tommy Bahama. Local T-shirt shop Commonwealth Press will handle some of the tees, Altman says. The key to the collection for Altman is a balance of style and value. He wants his customers to have quality but with a good value, with clothing that’s “made well, looks updated at more realistic price points.”

The store is known for its full service, including tailoring, fittings and styling. Altman also prides himself on being “a great gift-giving store.” He’ll employ three people, and he intends to combine fundraisers for charities in some store promotions.

At press time, hours weren’t set, but Altman expects to have the website, www.enzonico.com operational.