The second the kids heard the “Ready? Set? Go!” they unwrapped their wedges of watermelon, quickly devouring as much as they could. After 15 seconds, they stopped to wipe their dripping, pink-stained lips as judges determined the winners. The charcoal aroma of roasting hot dogs and hamburgers signaled the food was almost ready. The first-ever Jessie Games was well underway.

The Jessie Games, held July 12 at Seton-LaSalle High School’s Merrick Field, marked a day of family-friendly activities hosted in honor of Jessie Egan Smith, who died suddenly in November at age 23. More than 200 participants, most of whom sported green Jessie Games T-shirts, competed in races, bingo and a water-balloon toss. As everyone gathered under a cloudless sky at the 50-yard line for the opening ceremony and prayer, Jessie’s father, Avon Drive resident Matt Smith, noted in his remarks, “[Jessie] really took care of the weather, didn’t she?”

Jessie attended St. Anne School in Castle Shannon and graduated from Seton-LaSalle High School in 2008. She was also a member of Duquesne University’s Sigma Kappa Sorority before starting her career in retail fashion. A lover of sports, she ran both the Erie Half Marathon and the Pittsburgh Marathon, using the marathon to raise funds for children with disabilities.

“Jessie loved kids,” says her mother, Clare Ansberry-Smith, “so we wanted an event that would be suitable for a lot of different ages.” The Jessie Games raised about $20,000 for the Catholic Charities’ Summer Lunch Program. The 10-week program provides children with meals at the Susan Zubik Welcome Center in Pittsburgh. It also presents such activities as bingo and make your own flip-flops.

“It’s a way to keep Jessie’s memory alive,” says Kevin Hayes, one of the Jessie Games’ organizers and sponsors. The idea for the Jessie Games began in January as a committee of family, friends and neighbors who wanted to create an event in Jessie’s honor. “Matt and Clare have touched so many people. It’s gratifying to see everyone come out in support.” 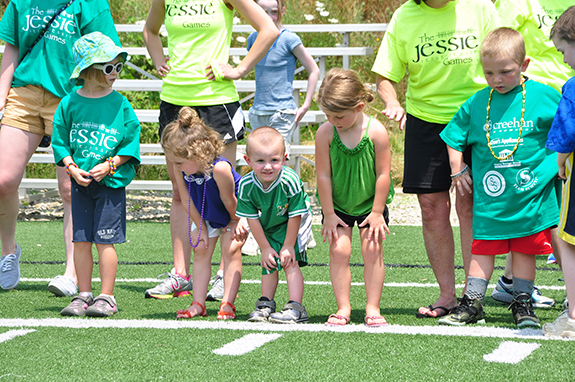 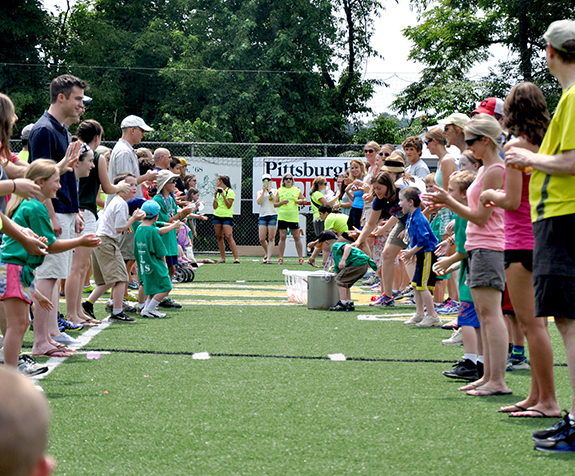 “We just started with ideas to have running races for the different age groups. Soon it was way more than that,” says Matt Smith. Seton-LaSalle High School supplied the venue and food, and members from St. Anne’s Parish secured game equipment including a dunk tank from the parish’s fairs. Volunteers from the schools and neighborhood helped with everything from designing the Jessie’s Games website to setting up tents. “People all came together for a purpose. It’s almost overwhelming, but that’s the magic of friendship.”

“I’m amazed at how [the family] took grief and channeled it into something fun and good,” says Hayes. He says they hope to continue the Jessie Games next year, including more activities and raising additional money for charity.

To donate or find out more about the Jessie Games, visit thejessiegames.org.