During yesterday’s commission meeting, Commission President Kristen Linfante presented the organizers of Serve2Cure with a citation in honor of their fourth tennis tournament, which raised funds for cancer-related charities. Elizabeth Rychcik also announced that while the exact numbers are still being calculated, the club raised close to $65,000 since 2011 and this year’s tournament, held last weekend at the Mt. Lebanon Tennis Center, was a huge success. The beneficiary of this year’s proceeds is Our Clubhouse, formerly known as Gilda’s Club of Western PA. 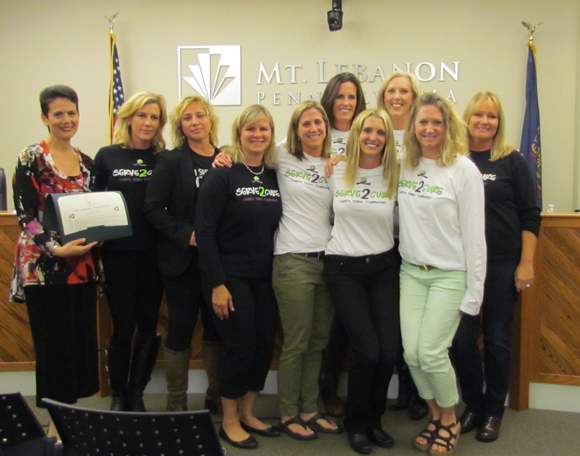