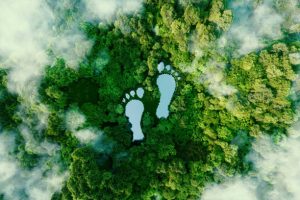 Snow in April. Followed three days later by 80-degree temperatures for a couple of days, before it dropped back down below freezing. Hundred-year storms every couple of years. Most people would agree that climate change is not just a scary story.

“We have more storms, which means more stormwater,” said Commissioner Andrew Flynn. “We have higher heats, we have colder colds, climate change is caused by human activity, I believe the science is very clear,” he added.

The Mt. Lebanon Commission has adopted a resolution “adopting mobilizing efforts to promote a resilient and sustainable community.”

What does that mean?

The resolution’s goal is to achieve communitywide net-zero carbon emissions by 2050. Steps to achieving the goal are:

Completing a climate action plan at least once every 10 years, done within three years of the comprehensive plan that every Pennsylvania community must complete.

Performing a biennial review of carbon emissions, including an evaluation of the success of programs and initiatives designed to reduce the emissions.

Establishing base guidelines for energy-efficient upgrades to municipal facilities.

“How do we reimagine streets, so they’re more than just a vessel for the movement of fossil-fuel vehicles?” Flynn asked. “We don’t want to get rid of cars, but how do we think about the public right of way, to encourage people to live closer to where they shop, be able to walk to the store and reduce that required carbon footprint? For many residents, that could be a lifestyle they may want more.”

Commissioner Craig Grella is in favor of the resolution, but would like to see some of the areas it touches on to be better defined.

“I think 2050 is a bandwagon number,” he said. “Very few states or cities have defined what (carbon-neutral by 2050) even means.  As we look at the lifecycle costs for various things, streets, buildings, those could inform the decisions about net carbon-neutral. We have to look realistically at when we would be replacing electrical systems in buildings, or when we replace a roof, do we replace it with a solar roof? Those conversations need to work in, so we can establish a reasonable number.”

Grella believes once the goals are better defined, it may even be possible to advance the timeline.

“I think we can and should go further with these specifics. Maybe we replace the fleet with more fuel-efficient vehicles sooner than we planned; it might cost more initially, but I do think we need to start.”

Flynn sees the resolution as a signpost to the future.

“We sit on the shoulders of commissions that made decisions 20 and 40 years ago, and we have that same responsibility to think long term. If we’re going to be attracting the next generation of residents, we need a place that is sustainable.”