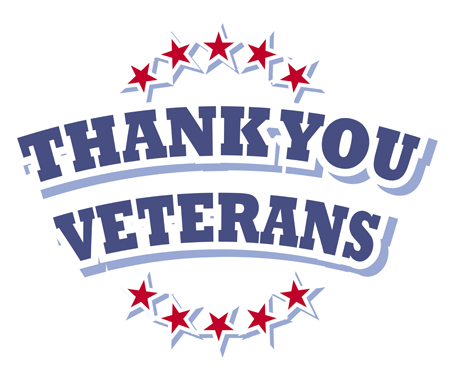 There are a number of exhibits in the area dedicated to our veterans. Currently, the Heinz History Center is running the “We Can Do It!” exhibit, which features a World War II era tank and other interesting artifacts from the war. The USS Requin submarine, located next to the Carnegie Science Museum, is undergoing restoration and is expected to be finished for the holidays. Stop by and touch a piece of history. Soldiers and Sailors Memorial Hall and Museum in Oakland is dedicated to America’s fighting personnel. It has historical displays, including uniforms and documents, representing all branches of service.

Most important, I hope you will talk with a veteran. Many of them served our country without fanfare either abroad or at home. When you are at the grocery store or at the mall, talk with that older gentleman wearing the baseball cap that says “Korea” or bears the name of a ship (i.e. USS Independence). Encourage him to tell you his story. When you see a man or woman in uniform, thank them for serving our country. Ask any family members what they did while they were in the military, and thank them for serving.

I am treasurer of the Veterans Breakfast Club, a nonprofit organization that gathers veterans and families of veterans for companionship and storytelling. We meet regularly at various locations in Allegheny County and outlying areas. The veterans who attend are encouraged to talk about their experiences. There is no membership fee, but there is a charge for the breakfast. For dates and locations, go to www.veteransbreakfastclub.com.

This November, please consider attending a Veterans Day Parade (Pittsburgh’s Veterans Day Parade is Saturday, November 7 at 9 a.m.) or the Veterans Leadership Program breakfast at the Duquesne University ballroom at 8 a.m. on November 11, 412-481-8200 or www.vlpwpa.org for tickets and information), or visit a Veterans Memorial. Veterans sacrificed their time for us. Please take time to thank our veterans for their service to our country.