As I prepare this piece for the January/February issue of mtl magazine, my focus is on our municipal budget, since the commission is deeply entrenched in the budget review process at this time. However, once this article reaches the public, the budget will not only have been reviewed but also adopted by the Commission. 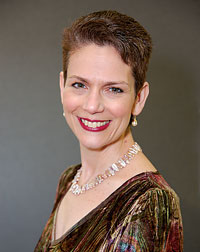 The total Manager’s Recommended Budget for 2013 is $48.5 million, and the recommended operating budget totals $29.6 million. As with any financially responsible household, the budget is balanced using a combination of ongoing revenue sources and available reserves. In addition, this budget assumes that property reassessments will result in an increase of 5 percent over real estate revenue received last year. However, because of “anti-windfall” legislation, we anticipate that the millage will actually go down from 5.43 mills to somewhere between 4.4 and 4.89 mills, depending on the outcomes of pending appeals. Municipalities are not permitted to “make money” on property reassessments; therefore, millage will be adjusted accordingly. Sanitary sewer fees and storm water fees will remain unchanged, as well as earned income tax rates and deed transfer rates. The 2013 budget also accounts for a bond issue not to exceed $4.8 million, which the commission has approved for a variety of recreational improvements throughout the municipality.

•    Accelerate the Mixed-Use Air Rights Project over
the LRT station.

Details of how each of these priorities has been incorporated into the budget can be found on page 2 of the Manager’s Recommended Budget under “Commission Budget Priorities.” I thank Manager Feller for his diligence in integrating each of them.

The development of a municipal budget is a long and arduous one. While the commission may have only spent the past few months reviewing all 1,480 lines in the budget (a document well over 200 pages, containing 220 revenue accounts and 1,260 expenditure accounts), the staff has spent much of the year prepping, prioritizing and crunching numbers. The state requires that we pass a balanced budget by December 31 of any given year. Article IX of Mt. Lebanon’s Home Rule Charter also requires that the municipal manager submit a proposed budget to the commission by November 1. The budget becomes a public document at this time as well.

Manager Feller uses a zero based budgeting (ZBB) technique, which requires that the budget process begin at zero. Each item or activity introduced must then be justified as if it were a new proposal every year. In developing a zero based budget, the first step is to identify decision packages—these individual packages are identified by the staff for all activities ranging from municipal holiday celebrations, to street maintenance and police and fire protection. Once the decision packages are established, service levels are established for each. Each begins with the most basic service level and incrementally increases in order of priority of importance to municipal operations. After the responsible departments determine the incremental costs for the various service levels, each is then ranked in order of importance to municipal operations. Each decision package then receives a proposed level of funding. Some service levels are funded, while others in a given category may simply be beyond budget feasibility. All of this must be prepared and submitted to the finance department for review by mid-August. Therefore, by the time the budget is adopted in December, it is just about time to for the staff to begin the process all over again for the following year!

Throughout the year, the budget receives multiple levels of review, starting with the most detailed and working its way up to the commission policy level when the five of us begin the review process in November.

The budget, a public document, is available to anyone at www.mtlebanon.org, at Mt. Lebanon Library and at the municipal building. It is a fascinating and thoroughly comprehensive document that makes for great reading on cold winter nights! I highly recommend it to anyone who is interested in the many building blocks of our collective home.