When starting a new year, it is fun to think of the wonderful possibilities in our lives and our community. A fresh start. A sense of hope. For some a relief that the year is over, if 2015 had struggles and disappointments.

This past year, the Commission spent a majority of its time debating deer management. We mostly discussed lethal programs, which I feel is out of sync with our overall goal of addressing our deer population in a meaningful way.

There is no quick fix for any wildlife issue when dealing with living animals that reproduce. Quick fixes are neither effective governance nor sound financial management.

I would like to share some things the Commission has learned about deer behavior and its impacts and discuss why fertility control/sterilization can be financially sustainable and highly effective to meet the Commission’s goal of reducing deer/vehicular collisions (DVC) by 50 percent within five years. Mt Lebanon’s DVCs are higher in October and November than any other time of the year which is very consistent nationally. Experts attribute two issues with the DVC increase in these months, rutting as male deer are tracking females without their typical sense of navigation and hunting season. A deer is shot and the others flee erratically to avoid being killed or an injured deer from a nonlethal shot can both raise the risk for DVCs. The Pennsylvania Game Commission has ample material on these issues and floods the state highways with warning reminders during these months. A fertility control method such as sterilization takes these higher risks out of the community. Specifically an ovariectomy prevents a doe from having a cycle, so the bucks become disinterested and will move to fine fertile does. Our Commission also has learned of a phenomenon called “rebounding,” where deer reproduce in higher numbers if many are killed in a short period of time. After researching this, I believe it makes sense. More food + more space = more production. Experts have told us that after a municipally supported archery or sharpshooting program, the deer population could return to its current number within a year or two and increase in subsequent years. A lethal only program would be a never-ending cycle of killing deer. Tax dollars would be wasted, if a lethal program skipped a year due to a change in priorities, financial challenges or Commissioners who found lethal methods unsuitable. Sterilization is a one-time simple procedure that returns the animal to the herd quickly and is a permanent solution. Even if a future Commission decided to not move ahead with the program, the community would have sterilized deer that would still have control on the overall population. Ten years of any lethal method costs well into a million dollars. That’s money for our parks, for programs and activities in our community, renovation of all our fields, roads, sidewalks that would be taken away to kill deer. Sterilization also would cost money, but it would be done once and as the process evolves and with volunteer help the price is almost the same price as killing deer. A foundation has come forward and is interested in paying for a large portion of a sterilization project here, if we forgo lethal programs on public land during the project. I believe we should seriously consider this opportunity. I know we cannot end archery on private properties, but our community has a chance to move in a positive direction and we should take the offer seriously. 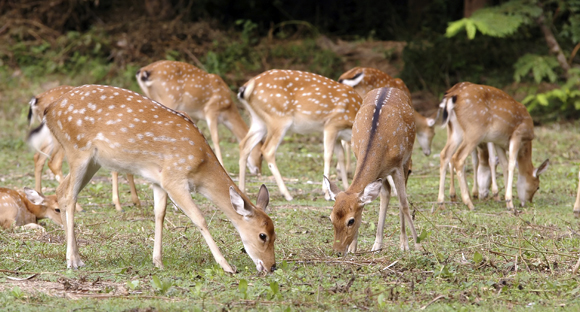 Not only would sterilization control the deer population, but it’s a more humane, progressive approach to wildlife management and a common-sense solution for a community like ours. The approach is new to Pennsylvania, but communities elsewhere have supported it for years and report outstanding results with accident rates, browsing of plants (does don’t need as much food when they aren’t pregnant or nursing) and other benefits.

As we move forward in 2016, the Commission will begin developing other priorities such as stormwater, park maintenance, walkability and economic development. I encourage all residents to communicate with your Commissioner or the full Commission on what priorities you have so we, together, can continue to grow and improve our wonderful community.