“Boardwalk on Beverly,” a sidewalk sale and artist market, will be on Beverly Road, Saturday, June 28, from 9 a.m. to 4 p.m. Admission is free; the street will be open, and parking will be available on the street and in the lot across from Lincoln School.

Organizer Vicki Badolato of the Beverly Road Merchants Association says to expect lots of good sales from merchants, artists with their wares, a children’s activity area and live music. We’ll list performers and artists as they are confirmed on our Facebook page closer to the event. Last year’s market, which drew hundreds, was the first since the street festival was reborn after a hiatus. 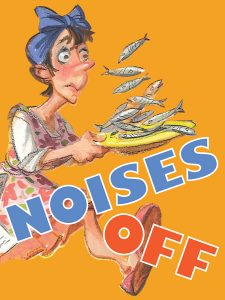 It’s a play within a play. You might even be able to find another play in there, too. It’s Michael Frayn’s comedy Noises Off, and Pittsburgh Public Theater is performing it through June 29 at the O’Reilly Theater. Best part? Mt. Lebanon resident Helena Ruoti will portray Dotty/Mrs. Clackett. Broadway vet Don Stephenson will be handling directing duties. Tickets range from $29 to $60, with special $15.75 student rates. Call 412-316-1600 or go to www.ppt.org.

There’s something fun to do the first weekend of every month this summer, from First Fridays to the 4th of July to ULTRAparty August 2.

First Fridays, the free, family-friendly Uptown festivals will be bigger this year, but there will only be two because of conflicts with July 4 and ULTRAparty. First Friday on June 6 has a Cajun theme. From 7 to 10, Gringo Zydeco will be on the stage at Clearview Common, and the Squirrel Hillbillies, a country rock duo, will play on Washington Road. Friday, September 5 Yinzfest returns with entertainment to be announced. First Fridays always have fun stuff for kids, from face painting to balloon twisting. This year’s First Friday sponsor is PNC.

Freedom. It’s so much more than just another word for nothing left to lose. There’s also skee-ball. On Friday, July 4, games and activities for kids start at noon in Mt. Lebanon Park, leading up to an evening concert with Tres Lads at 7:30 and of course, the big giant fireworks display at 9:30. Ponies to ride, petting zoo animals to pet, a wall to climb, a big tall thing to bungee off of and more. Rain date for the concert and fireworks is July 5.