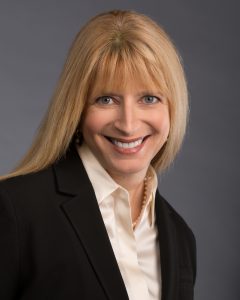 On October 27, 2018, a madman shot 17 Jewish people in a Squirrel Hill synagogue, snuffing out the bright lives of 11 people who were there just to pray. The attack on the Tree of Life—Or L’Simcha Congregation, the New Light Congregation and Congregation Dor Hadash—was the deadliest attack on Jewish people—my people—in United States history.

In addition to the immeasurable grief borne by the families and loved ones of the victims, it left an immediate and indelible stain of fear on all of us. That morning, my son was at a weekend retreat at Emma Kaufmann Camp, a Jewish camp on Cheat Lake in West Virginia. Camp was locked down immediately after the shooting so authorities could ensure there was no coordinated attack, and it took hours before they evacuated and we could pick up our children at the South Hills JCC. The text from my son: “Why do they hate us?” That takes one’s breath away.

While the immediate questions were answered with love from our local rabbis and counselors, the acrid odor of fear remained. How could we ever step foot in our synagogue again? This place of peace, of refuge, of tradition was forever marred by contempt and revulsion and that age-old repulsive desire to obliterate an entire group of people just for who they are. It was almost too much to contemplate.

But like our ancestors, we are taught resilience. So we did what our great-great grandparents did. We refused to yield. We went back.

When my family walked into Temple Emanuel of the South Hills on Bower Hill Road, we were greeted by a row of police leaders: Police Chief Aaron Lauth, Deputy Chief Jason Haberman and Deputy Chief Paul Petras, in addition to other officers around the perimeter and on the street. I burst into tears and the only words I could squeak out to Chief Lauth were “Thank you.”

“It’s the least we could do,” he said. In that moment, I knew nothing was going to happen to us that night and that we could go into the sanctuary with the overflow crowd of friends and neighbors, so many of whom were not even Jewish, who also were there to gird us from the waves of grief. And we knew our children would be safe.

The type of police officer who can stand up to that kind of evil is exactly the type of officer we seek in Mt. Lebanon. And it’s why our recruitment and training program is second to none. It’s more than a set of interviews and a fitness test. Please read senior editor Stephanie Hacke’s story. And the next time you see a Mt. Lebanon police officer, you’ll understand all that is expected of them and how very much more they give in return.