It’s Saturday afternoon, cold and miserable outside, and your kids (or grandkids) want to watch a movie. Sounds good in theory, but you’d really rather not sit through Frozen for the fifteenth time or, worse yet, settle for the SpongeBob marathon that’s on Nickelodeon. There must be something else to watch, a film that’s appropriate for the little ones and won’t have you itching to leave the room. The good news: There probably is. Here are 10 family-oriented movies that can be enjoyed by both children and adults and may even lead to some healthy discussion once the end credits are rolling. (Most can be watched via the various streaming or video-on-demand services. Or if you have friends with good taste, see if they have any of the DVDs to borrow! 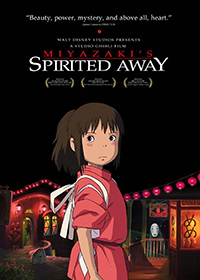 SPIRITED AWAY (2001) Really, I could have put director Hayao Miyazaki’s entire filmography on this list and just walked away, but in the spirit of diversity I’m limiting it to this one film. Under the umbrella of his animation company, Studio Ghibli, Miyazaki has produced a handful of the most important Japanese anime films ever made. Spirited Away is the best of the bunch, a vibrant and lyrical tale about a 10-year-old girl held captive in a strange spirit world by a bathhouse-owning witch. Yeah, it’s weird—and a little spooky—but it’s also a stunning rumination on the trials of growing up. If your kids dig this one, head to Miyazaki’s IMDB webpage and go nuts. 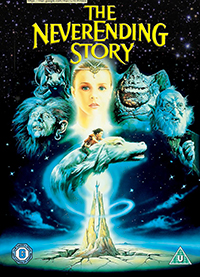 THE NEVERENDING STORY (1984) Older kids hooked on Harry Potter and The Lord of the Rings should enjoy this ’80s fantasy tale about a boy who sits down to read a good book and finds a bigger adventure than he expected. (And because this is a little lighter, it might serve as a good entry-level fantasy flick for the younger ones.) The old-school special effects could be a shock for those raised on today’s computer-generated trickery, but the epic story is both surprising and moving. 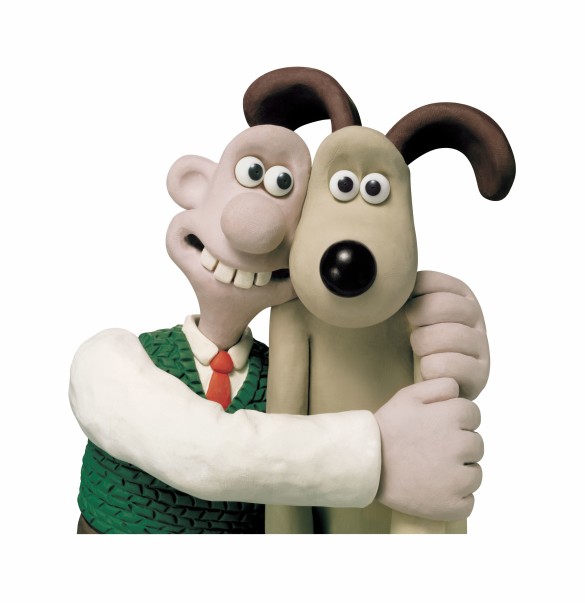 WALLACE & GROMIT: THE CURSE OF THE WERE-RABBIT (2005) Aardman Animation made three relentlessly charming claymation short films starring cheese-loving Wallace and his dog Gromit during the 1990s, and the duo finally got their own feature in the following decade. The movie, like the shorts, is overwhelmingly British, which means the accents are thick and the humor cheeky. But Were-Rabbit, which has our heroic duo trying to apprehend a mysterious rabbit monster that’s threatening their idyllic town’s vegetable gardens, is wildly inventive and contains breath-taking action sequences you wouldn’t think possible using stop-motion animation. 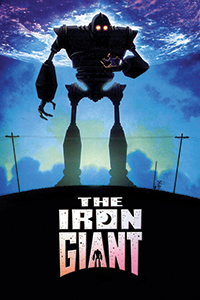 THE IRON GIANT (1999) Did your kids love Big Hero 6 ? Then show them this other “boy and a robot” movie, the first feature from writer/director Brad Bird (The Incredibles, Ratatouille). The Iron Giant is a classically hand-drawn film (augmented by some early CG animation) set against the backdrop of the Cold War and the nuclear-war paranoia of the 1950s. So its themes can get heavy, but its story about a robot from space who befriends a young boy while drawing the attention of a nervous U.S. government feels timeless. 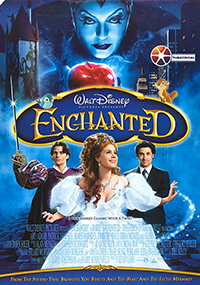 ENCHANTED (2007) Sick of Disney princess movies? Try this live-action musical that manages to salute and skewer them at the same time. Amy Adams plays a cartoon princess accidentally sucked into real-world New York. Suffice to say, culture shock ensues. Your daughters will love Enchanted for the catchy songs and Adams’ relentlessly cheery disposition. You’ll love it for the way it takes Disney tropes (the handsome prince, the evil sidekick) and turns them completely on their heads. 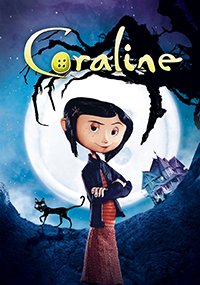 CORALINE (2009) Noted fantasy author Neil Gaiman has spent most of his career writing dark fairy tales for parents, kids and everyone in between. His 2002 novel Coraline was a perfect fit for the sensibilities of animation director Henry Selick (The Nightmare Before Christmas, James and the Giant Peach), who has a knack for churning out creepy yet endearing stop-motion delights. The film follows an 11-year-old girl who feels neglected by her parents and finds solace by visiting the mysterious “Other World,” an alternate reality (accessed by a small hidden door in her house) populated by better versions of all the people she knows. However, Coraline soon discovers the doppelgangers are not what they seem and that you should never take your life and your family for granted. 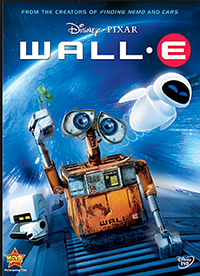 WALL-E (2008) Despite the fact that their competition has nearly caught up to them in quality over the last few years, Pixar remains the gold standard when it comes to big-screen animation. The company’s crowning achievement is Wall-E, a stunning and emotional tale about Earth’s last robot, left to roam a deserted planet that was abandoned by humanity once its resources were dried up. The film’s first act plays out like a silent film, with no dialogue at all, before a chance meeting with a visiting robot sends Wall-E on an outer-space adventure that could determine the fate of all humanity. It’s a breathtaking “big idea” film, and, chances are, you may be able to convince your kids to start recycling after watching it.

BABE (1995) It’s not often that a G-rated family film gets nominated for Best Picture, but that’s exactly what happened with Babe 20 years ago. The honor was well deserved, as this charming story about a pig who thinks he’s a sheepdog is a timeless bit of feel-good, all audience filmmaking. The great James Cromwell has the only sizeable human part, while the rest of the movie is populated by talking barnyard animals making their way in the world while trying their hardest not to end up as dinner. 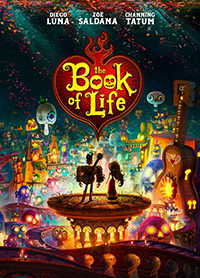 THE BOOK OF LIFE (2014) A surprisingly good animated feature that’s not from Disney Animation, Pixar, DreamWorks or any of the other usual suspects. Released last fall (and maybe lost in the shuffle while your kids were still hooked on Frozen), The Book of Life beats with a strong Mexican heart and features a colorful story based on Day of the Dead folklore. The character design is beautiful, eschewing anything resembling realism for a more unique approach. Most of the characters resemble wooden puppets, with large blocky features connected via a series of hinges. Produced by notable Mexican filmmaker Guillermo del Toro, the film feels like a passion project tied closely to that country’s traditions and mythology.

WILLY WONKA AND THE CHOCOLATE FACTORY (1971) Maybe the most obvious choice on this list, but it never hurts to remind people that it’s the original Gene Wilder version of this story you want to introduce your kids to, not the overly busy Johnny Depp version from 2005. The ’71 film is just the right mixture of sweet and subversive, stuffed with catchy songs, valuable life lessons and a career-defining performance from Wilder. Make sure you watch the movie so you can track down a copy. Wait … strike that, reverse it.