Steve Lynch of  Upper St. Clair  contacted us this week regarding his surprise that many people think Bird Park is  named for the birds who live there, when in reality it is named in memory of   Lt. Tom Bird, pictured below, the first Mt. Lebanon resident  killed in Vietnam.  Lynch was in Vietnam on the day  Lt. Bird was killed, having arrived just one week before . As a result, he  says he always has “felt some connection with this brave young son of Mt. Lebanon.”  Lynch has done a lot of research into Lt. Bird’s life and service to his country. With Veterans Day approaching, it seems fitting to remember Bird, who would be 70 years old in a few weeks. Thanks, Steve, for sharing your research  with us.  We hope that on Veterans Day, everyone will pause for a moment to remember Lt. Bird and the many other residents of Mt. Lebanon who gave their lives in the line of duty.  They are all listed on the Veterans Memorial at the entrance to Mt. Lebanon Park, which was dedicated this past Memorial Day.

Marine 1st Lt. Thomas A. Bird was the first soldier from Mt. Lebanon to lose his life in Vietnam.  Born November 28, 1942, Lt. Bird was raised in Mt. Lebanon. His father operated a Gulf gas station  on Cochran Road. where Tom worked during high school.  Interested in aviation, he used the money he earned at the service station to take  flying lessons at a local airport. 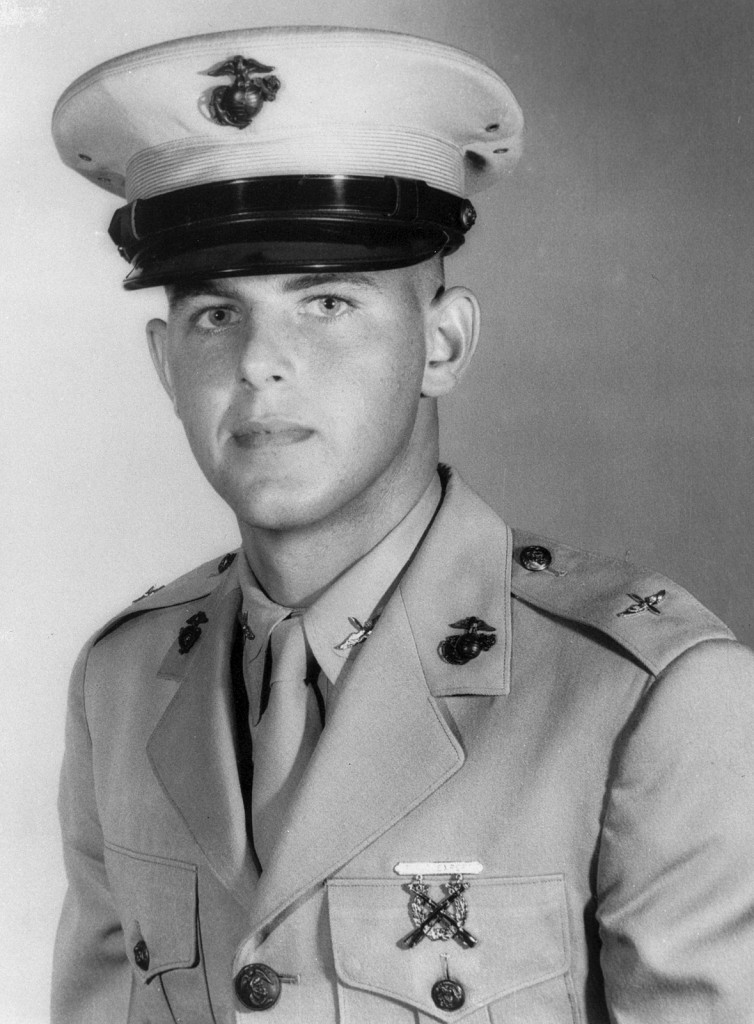 Tom enlisted in the Marine Corps even before he graduated from South Hills Catholic High School (now Seton LaSalle) in April 1960. In August 1960, he left Mt. Lebanon to attend boot camp at Parris Island. A few years later he was accepted into the Marine Corps Cadet program, where he received his officer’s commission and training as a helicopter pilot and naval aviator.

A  popular student in school, Tom had many friends. One, George Brown, who graduated from Mt. Lebanon High School and joined the Marines with Tom, said of him, “.. I remember the fun times we had during our high school years, [his]father’s service station, McKeen’s Dairy Store, the evenings that [Tom], Dave and I sat on the tracks above Mt. Lebanon Blvd, working out our teenage problems and joking around, Eat’n Park, double dates etc…”

Lt. Bird was a courageous war hero. His service in Vietnam was very dangerous, exposing him to hostile fire nearly every day. A younger brother, John, of Columbus, Ohio, describes one incident in Vietnam as reported in a letter home from Tom. “… he [Tom] described, with humility, how he rescued a pilot, whose helicopter had crashed into a rice paddy. He landed under enemy fire, ran to the downed chopper, lifted a radio off the man’s chest and carried him back to his aircraft.”

In March 1966 Lt. Bird was the co-pilot of a Sikorsky UH-34 based out of Chu Lai, a small village south of Da Nang. He was a member of HMM-363, Marine Air Group 36 of the 1st Marine Air Wing. This unit was occupied ferrying both US Marines and Vietnamese Army troops in operations near Quang Ngai, about 50 miles south of Danang.

On the afternoon of Monday March, 21,  at around 4 p.m., Lt. Bird, age 23, and his pilot, Lt. Noah Kraft of Gainesville , Fla., were piloting a helicopter carrying six Marines from K Company 3rd Battalion 1st Marine Division with two other aircrew members in support of operation Texas, when the helicopter was struck by ground fire, crashed and burned. All 10 men aboard  were killed.

Bird Park was dedicated on Memorial Day 1967. A small bronze plaque mounted on a stone  there serves to honor this brave son of Mt. Lebanon who made the ultimate sacrifice in the service of his nation. May he rest in peace and may we never forget what he did.