What has two ears, two horns and a full, hairy beard? Ferdinand the Bull, or at least the Pittsburgh-based folk band’s logo does. The group’s four members—Evan Altieri, Mike Dice, Mt. Lebanon graduate Dan Radin and Nick Snyder—employ a cello, upright bass, harmonica, banjo and guitar between them and their sound, inspired by bands like The Head and the Heart, Iron & Wine, and The Lumineers is catching on. In October alone, they played eight shows.

Radin isn’t new to the stage and for his contemporaries at Mt. Lebanon High School, he’s not an unfamiliar face. He played cello throughout his school years in both symphonies and chamber groups, at weddings and cocktail hours. During Radin’s senior year at Mt. Lebanon High School, he played Gaston in the production of Beauty and the Beast. And it was on that same familiar wooden stage that he first played guitar for an audience, during the annual Holiday Show for seniors. Having these experiences, Radin says, set a strong foundation for where he is now.

The band members’ paths crisscrossed seemingly at random. Radin met Snyder through a mutual friend during college, Snyder and Altieri were hometown friends, and Dice came along a few months later through more mutual friends of Radin’s.

So what’s it like? More than anything, Radin likes all the new faces and places that come along with playing in Ferdinand the Bull. He lists, “people who helped organize the Occupy movement, opening for internationally touring acts, people in the media and local music scene enthusiasts” as a few of the thought-provoking people he’s been privileged to meet as part of the gig. Impressive in itself is the band’s list of previous gigs; the website lists 34 concerts. 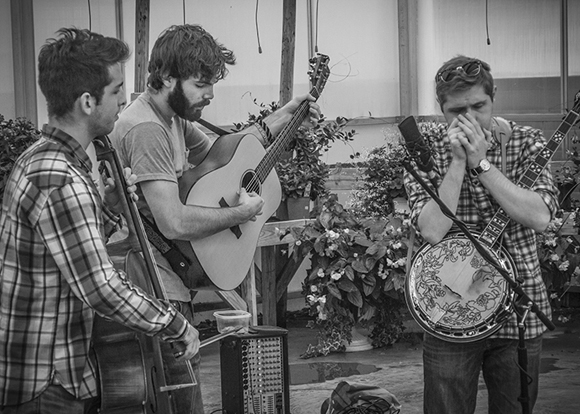 Radin juggles a lot. He’s currently enrolled in Carnegie Mellon University’s Masters of Health Care Policy and Management program, a two-year commitment. In addition to grad school, he’s a middle school youth group director at Beth El, an intern at CMU’s H. John Heinz III College and the band’s manager. “Coffee is my gasoline,” he admits. “I live by my paper planner. Planning ahead is key, as is organization.” He adds his social life has taken a hit since beginning the band and “it’s a real bonus when my friends come to shows.”

But Ferdinand the Bull pays dividends, at least in the self-improvement department. “Being in front of a large crowd doesn’t faze me anymore. There’s no anxiety anymore in the spotlight, asking questions, presenting for strangers or talking with people for the first time. Managing the band and performing has been an incredible vehicle for growth and I’m excited to continue the journey.”

For Radin and Ferdinand the Bull, the journey continues first with saving up for studio time. Their first EP, available free of charge online, sounds polished but was recorded in a basement, and the group wants the chance to record a proper album. They also want to do a big tour this summer. Radin says, “growing is the number-one goal, though: as writers, as performers, as community members, as people.”

One big question remains, though: why “Ferdinand the Bull”? Radin explains that as kids, members of the band read a Spanish children’s story named Ferdinand the Bull about a peaceful bull that’s forced into bullfighting. Instead of succumbing to the pressure, the bull sits and smells the flowers in the arena. Later in life, the band learned to really appreciate the pacifist undertones of the story and decided to memorialize it. 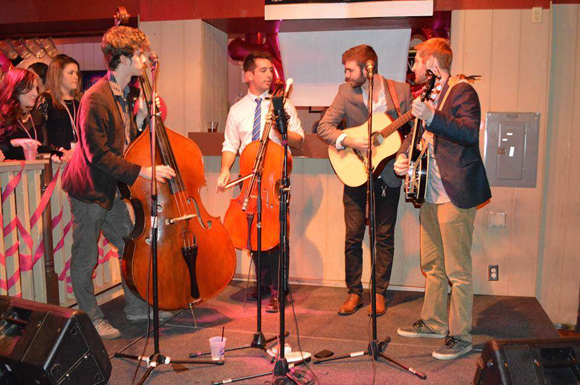 It seems the name is working for them; from Vermont to Mr. Smalls, audiences turn out to watch the group play. And while they’ve already sold out shows and played out of state in chilly Vermont, they also spend plenty of time close to home with a monthly residency at Bloomfield’s Saturday Market and house shows all over Pennsylvania. As the journey continues for Ferdinand the Bull, their fans are certain to follow.

Speaking of following, you can find Ferdinand the Bull on Facebook or visit their website for more information. Their free EP is available on Bandcamp and their last show before they begin a recording hiatus is at Thrill Mill on November 5 at 7 p.m.
Related Stories