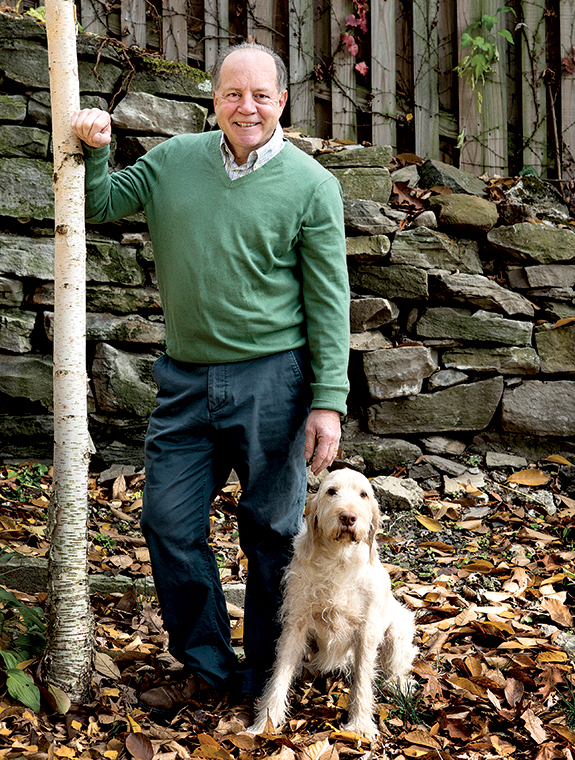 HOW DO YOU PREPARE? First I visit the site, meet the experts, and clarify goals. That’s followed by research, writing, and planning. We find the heart of the story and a visual style that matches. When filming, we leave room for serendipity—that’s how you capture the best moments.

A FAVORITE SUBJECT?  Some standout moments: Working together with my sons on various locations; listening to imprisoned fathers talking about reconnecting to their children—that was very powerful; horseback riding with a cameraman in the footsteps of Theodore Roosevelt, as the sun went down—that was a lifetime moment.

YOUR BIGGEST CHALLENGE? Filming inside Mammoth Cave. Equipment had to be hand carried, including 20 car batteries to power lights through a the muddy “Peanut Butter Alley” and confined areas like “Fat Man’s Misery.” And we had to rappel lights into the “Bottomless Pit.” It’s no use getting excited—you just figure out how to solve the problem.

TIPS FOR PROSPECTIVE VIDEOGRAPHERS ?  Run away!  Okay: Enrich yourself through studying other fields, languages, writing, and entrepreneurial studies. Discern what drives you to make media. Create something that has a positive impact. Listen to and collaborate with your crew. Practice deep breathing; be prepared for uncertainty…and find a patient spouse.