Author and history professor Todd DePastino, Magnolia Place, is the founder and executive director of the Veterans Breakfast Club, a nonprofit dedicated to sharing veterans’ stories with the public. His books include a biography of cartoonist Bill Mauldin, whose images of front-line life during World War II won the Pulitzer Prize. Listen to the veterans’ stories at veteransbreakfastclub.com and veteranvoicesofpittsburgh.com. 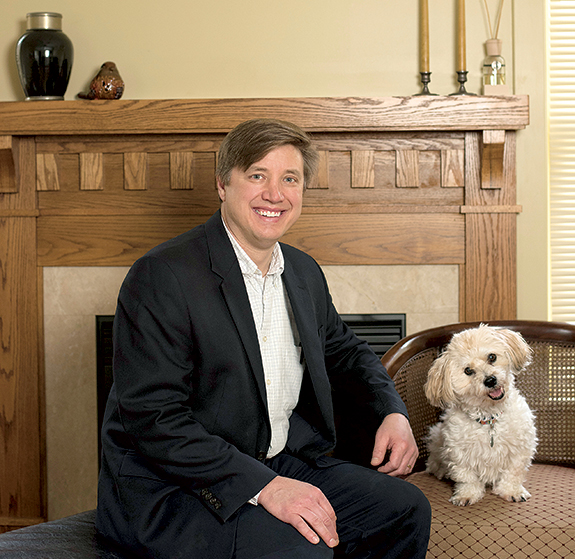 What gave you the idea to start the club?

The day the Mauldin bio was released, I started getting phone calls from World War II veterans from around the country who wanted to tell me their stories. When I learned that Dan Cavanaugh, who had volunteered on World War II Memorial bus trips to Washington, DC, was gathering some World War II vets to share stories, I joined him. His idea was simple: give a veteran a microphone and trust in what will happen next. As sheer entertainment, the stories are magnificent. But they’re much more than that, of course.

Do you get a good cross-section of ages and backgrounds at the breakfasts?

Most of our veterans are from the Draft Era, 1940-1973, but we’re getting an increasing number of younger veterans also. It’s fascinating to hear the similarities and differences between those who served in Korea or Vietnam, and those who served in Iraq or Afghanistan. There are some fundamental experiences they all share, and the younger veterans are very aware of the traditions they inherited. But today’s all-volunteer force is far less integrated into the larger society than members of the military were during the Draft Era. Most of us today have only a dim understanding of what military service entails.

Do you have any thoughts on compulsory military service?

Drafting people into the military is serious business and shouldn’t be taken lightly. That said, I believe the benefits and burdens of military service need to be shared more broadly, and I also think many young men and women would benefit from some kind of service—military or civilian—to their country. And the country, in turn, would benefit also.