Born in the U.K., Sandra Ward studied art in South Africa, learned printmaking in England and mastered computer graphics in the U.S. She teaches in her Washington Road studio and at Pittsburgh Center for the Arts. Ward received a $1,000 grant from the Mt. Lebanon Partnership to create a mixed media project for Plein Air Pittsburgh, October 5-12. 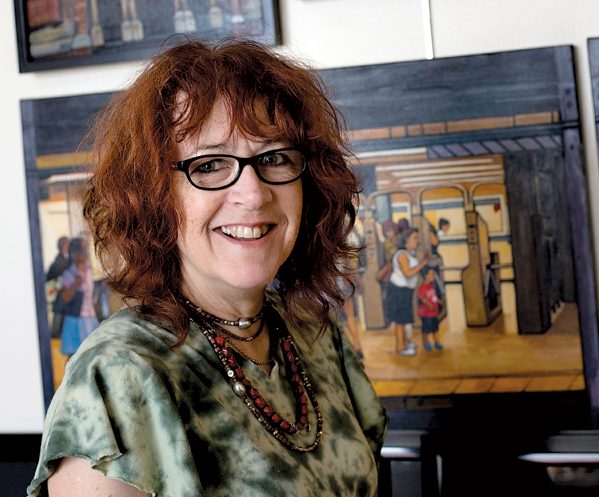 BORN TO DRAW When I was 5 years old, I was sitting with a friend on our front porch, and we were both drawing. While we were comparing our drawings, my friend said mine looked funny. Hers had a house at the bottom and the sky at the top. Mine had the house, and the sky all around. That’s when I started to realize that I see things differently than most people.

BEST LIGHT When I lived in South Africa, I went with friends to Mountain Zebra National Park. It’s very far away from cities, so there’s no pollution, and no city lights. Coming from England, there really aren’t that many places that are far from cities or towns. The light was so natural and bright, and the stars at night were just something you remember your whole life.

CLOSE TO NATURE One of my husband’s office mates at Rhodes University was out hiking and came across an orphaned caracal cub (a desert lynx). He brought it in, and we took it home to live with our two cats until we could find it a place in a game preserve. We had it about six weeks. Our cats were traumatized!