Concepts for development around Mt. Lebanon’s light rail transit station off Shady Drive East have ranged from spectacular complexes of large buildings to more modest townhomes and condos. But the latest recommendation for development, prepared by an ad hoc committee that has been studying the project for about a year, suggests a lower density plan may be more advisable, says Commercial Districts Manager Eric Milliron.

The committee, which includes Milliron, Municipal Planner Keith McGill, and members of Mt. Lebanon’s economic development council and planning board, the Mt. Lebanon Partnership, the school board and consultants from Delta Development, has been studying options for the roughly 5.23-acre parcel around and above the T station. 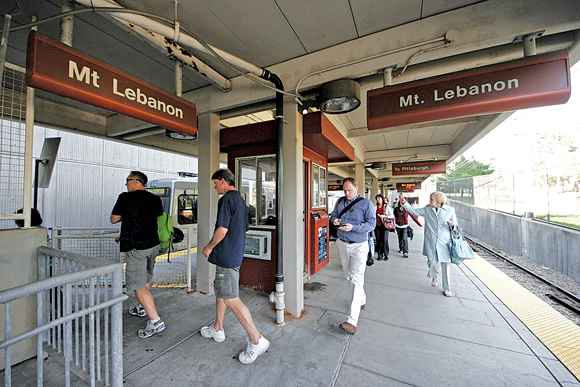 As part of the planning process, they’d like to hear your opinion. What are your priorities for the project? A public meeting on the project is 6 to 8 p.m., Monday, March 10, in the Mt. Lebanon Municipal Building’s commission chambers. It will be an open house format, so you may attend for as long or as little as you can. Public opinion will be considered as  the request for proposals that will go to developers is prepared.

Up for discussion by the committee were two ideas: a high density version, which would include large apartment buildings, office buildings, retail and a parking garage, all integrated with a concrete deck over the T tracks to allow the project to rise into the air.

A low density version would call for condos, townhouses or smaller apartment buildings with smaller offices in the same area, but without the large infrastructure investment required to build a large parking garage and platform over the T.

A 2012 engineering study by the engineering firm AECOM estimated that the high density plan would require about $36.4 million for those infrastructure improvements, funding for which could partially come from grants, loans and tax incentives.

Last year, Delta Development conducted a marketing study of the area. They looked at three potential areas of development: residential, retail and office space and concluded that given market conditions, residential construction makes the most sense, with 40 to 80 or so “Class A” rental/apartment units. Small offices and light retail could be a part of the plan, but given office vacancies in the area and available retail on easily accessible Washington Road, Delta did not recommend large amounts of either. The buildings could be constructed on the “kiss and ride” parking lot in front of the T station on Shady Drive East and on the strip of land near there that follows the road toward the Public Safety Center. Any public parking spaces taken from the T station lot would be allotted for somewhere in that area. 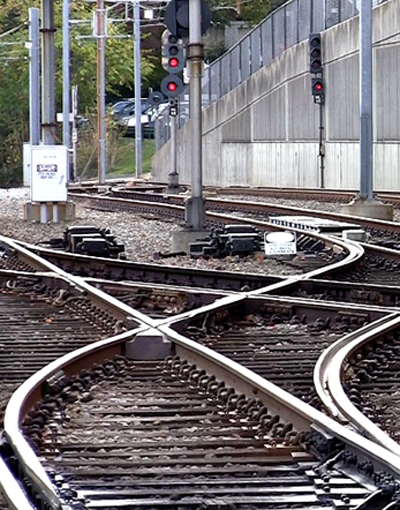 The ad hoc committee agreed that the larger plan would create too much of a funding gap to make it feasible. The market analysis says that the funding gap is about $22 million, meaning that’s the amount that probably wouldn’t be covered by grants, tax incentives or other public money. “This is a really, really, difficult project. That is why there is a gap,” says Milliron, noting that the numbers showed just how expensive it would be to build over an active rail line. Additionally, funding sources, such as some federal and state grants available years ago, are no longer available.

Instead, the committee decided that a lower density development with a proportionately larger private share of the public/private partnership would make the most sense.

That doesn’t mean a large-scale plan is completely out of the picture. The request for proposals, which will be issued some time this summer, will leave the door open; if a developer wanted to take the higher density option, the municipality will consider it, Milliron says.

If you have questions or thoughts on the project, contact Milliron at emilliron@mtlebanon.org.