UPDATE 3X, August 12: Leah Smith did not medal in the Olympic women’s 800-meter freestyle Friday, August 12 in Rio de Janeiro, finishing sixth in 8 minutes, 20.95 seconds. Fellow American Katie Ledecky, one of the stars of these Games, smashed her own world record in winning in 8:04.79. It was Smith’s final swim in what still was a tremendous showing in her first Olympics.

UPDATE 2X, August 11: Maybe Leah Smith will bring her Olympic gold medal back to Mt. Lebanon and share it or have a party with it the way the Penguins players have been celebrating around the world with the Stanley Cup they won this year.

Smith, of Lynn Haven Drive, swam the second leg, swimming in 1 minute 56.6 seconds, behind Allison Schmitt and ahead of Maya Dirado and Katie Ledecky, who picked up her third gold medal.

“I knew Schmitty was going to throw down an awesome (first) leg,” Smith told NBC. “We were so excited to swim tonight.”

Australia won the silver, and Canada the bronze.

It was the second medal for Smith in her first Olympics. She won the bronze medal in the 400 freestyle.

She will have a shot at a third medal. She also will be competing in the 800 freestyle.

She finished third in the final in 4 minutes, 1.92 seconds. The favorite, American Katie Ledecky, won in a world-record 3:56.46. Great Britain’s Jazmin Carlin edged Smith to win the silver in 4:01.23. Smith finished second in her preliminary heat earlier Sunday.

She has a shot at two more medals at these Games. She will swim in the 800 freestyle and as a member of the United States’ 4 by 200 freestyle relay team.

“What’s the future? I don’t say this lightly: The future is what she wants it to be. If she wants to be on the Olympic team, she will be there. Other women have that dream. We will see how that reality clashes next year in Omaha. I would not bet against her.”

Her dad knew. Now the whole world does.

Leah Smith, of Lynn Haven Drive, is an Olympic swimmer, is heading to Rio de Janeiro, Brazil, for the 2016 Summer Games.

At the United States Olympic Trials in June in Omaha, Smith qualified for the 400-meter freestyle, the 800 freestyle and as part of the 4-by-200 freestyle relay team.

All the miles she has logged in all the pools during her training at Oakland Catholic High School, the Jewish Community Center club team and at the University of Virginia, where she is a senior, have paid off handsomely.

In swimming, as with so many sports, it doesn’t get any bigger than the Olympics.

“When you’re at practice and you’re having a hard set, I kind of just have to tell myself, ‘I’m doing this for my country now. I have to be the best I can be,’” Smith said.

In the summer between her high school junior and senior years, she qualified for the Olympic Trials but did not make it to the final of any event. Since then, she has twice won NCAA championships in the 500-yard and 1,650-yard freestyles and won a gold medal as part of the relay team at the World Championships last summer. In early June, she won the 200-, 400- and 800-meter freestyles at the Arena Pro Swim Series, a tune-up for the Olympic Trials.

Now, at 21, she is realistically a multiple medal contender for this year’s Games. In its Olympic preview, Sports Illustrated projected Smith as the silver medalist in the 400, the bronze medalist in the 800 and a gold medalist with the relay team, which also includes Katie Ledecky, Missy Franklin and Allison Schmitt, who all won gold medals and a lot of recognition in London. 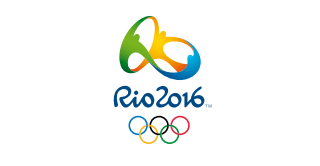 “I kind of need to put the pressure on myself to be on the podium [in Rio], just because that’s where my rankings are,” Smith said. “I’d love to repeat the times that I did at trials or go faster. And then I’m really, really excited for our relay. I’ve been on it the past two years—we won gold at the [2014] Pan Pacific Championships and then we won gold again at the world championships.”

At the Trials, Smith’s finish in the 400 final‑4 minutes, 0.65 seconds—was the fourth-fastest time in history. Her dream is to crack the 4-minute mark.

Ledecky won in Omaha in 3:58.98, and Smith, who was in a lane next to Ledecky, joked that it was encouraging just to be able to see Ledecky’s toes near the end of the race because she normally is too far out in front for that.

“She pushes everyone to be a better swimmer, especially in women’s distance swimming,” Smith said of Ledecky, who has never lost a major international final.

Ledecky is thrilled to have Smith as her Olympic teammate. “I’m so excited for her,” she said. “We’re going to crush it in Rio.”

It will get busy quickly for Smith.

The Opening Ceremony for the 2016 Games is Friday, August 5. Swimming begins the following day.

NBC and some of its affiliates are broadcasting the Olympics.

“Four years ago when I swam at Trials, the minute I touched the wall and looked at my time I just immediately flashed back to all the hard work I had done and since my time wasn’t what I wanted, in that moment it was that [much] more devastating,” Smith said. “The opposite kind of happened this time around. You just think of all the hard work you did and it doesn’t even matter at that point because you’re going [to the Olympics].

“I still kind of feel a little weird when people say, ‘You’re an Olympian’ because I’ve just been looking up to Olympians my whole life.”

Now the whole world will be watching her.

Check out the swim team’s carpool karaoke. Leah is in a blue sweatshirt and red bandana.

Read our previous story on Smith and her family.