—Excerpts from Oh, the Places You’ll Go by Dr. Seuss

Ever stare out your office window and imagine the places you’ll go after you retire?  These Lebo seniors did just that and then went on to make their travel dreams come true. Of course, perfect vacations come in many forms—from upscale and romantic to rugged and adventurous—so, read on to check out the myriad ways Mt. Lebanon’s retirees are seeing the world. 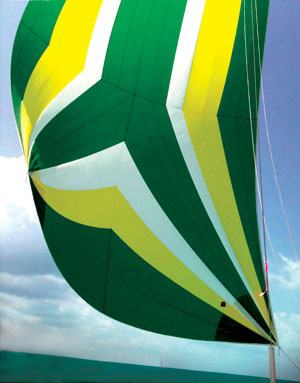 The turquoise waters of the Caribbean called to former Mt. Lebanon science teacher, Ray McCoy and his wife Sandra, a former nurse at St. Clair Hospital. In 2006, they traded their home for a sailboat and cruised the Caribbean for four years. Determined to become landlubbers, they sold their boat. But, writes Sandra from Turks and Caicos, “We found we just missed the cruising life so much that we bought ‘Megerin’ (a 46-foot sailboat named after their two daughters Megan and Erin) a year later.”  Since then they have sailed the U. S. coast, Bahamas and Caribbean with no end in sight. Check out www.megerin.blogspot.com for snapshots of life on the water.

Sailing also called Ann Winkelstein, who in 1999 came across a New York Times ad promoting a sailing certification course that ultimately changed her life. Winkelstein, Firwood Drive, had never sailed anything larger than a Sunfish, but she jumped at the chance and has never looked back. After her husband died in 1996, Winkelstein retired from her urban planning position. “I wanted to keep traveling without my husband, but I didn’t want to travel in a big group,” she says.

Sailing offers Winkelstein the perfect alternative. Certified sailors are entitled to “bare boat,” that is, serve as the crew on a sailboat. As a bare boater, Winkelstein routinely travels with King Yacht Charter, sailing 40 to 45-foot boats with crews of four to six people. In the process, she’s watched two Americas Cup finishes (in New Zealand and Spain) as well as sailed to Croatia, the Galapagos Islands and Machu Picchu. “I can do this by myself, but not be totally alone,” says Winkelstein, who is now in her 70s.

Winkelstein plans to sail to Antarctica. “Don’t be afraid to try things as you get older,” she says. “You can have a full life even if it isn’t the one you thought you’d have.”

When Rich Zahren, Salem Drive, retired from running PPG’s automotive coatings business, he decided to explore wildlife photography. “I liked the idea of being outdoors,” he says, not to mention the challenge. To test his new hobby, Zahren and his wife Becky traveled to Tanzania in 2003 during the migration season. Even with a “point and shoot camera” he was hooked. Since then, he’s upgraded his equipment and visited Africa twice more. In addition, Zahren’s traveled to Antarctica, New Zealand, the Falkland Islands, Costa Rica, India and Scotland among others. “I try to get at least two wildlife photography trips per year,” he says, “one in the winter and one later.”

One of his most grueling trips was a boat ride down the Amazon. “It reinforced that my wife is pretty tough,” Zahren says with a laugh. His most memorable trip was to Botswana, Africa, where they tracked hunting lionesses and saw the lone wild dog (featured on the National Geographic channel) that cares for a family of jackals. Sometimes Zahren travels with Becky, sometimes with fellow photographers, sometimes with friends. “I’ve learned I enjoy the creative side of photography…versus just getting the shot,” he says.

Although Virginia Nicklas, Osage Road, has traveled around the world, the destination closest to her heart is Ann Arbor, Michigan. A self-described “football fanatic,” Nicklas graduated from University of Michigan in 1949. She purchased Wolverine football tickets in 1997, and has been to nearly every home game since. Nicklas even owns a convertible painted in Michigan’s official colors (maize with a blue racing stripe). “My car knows the way” to Ann Arbor, she says with a laugh.

On football Fridays Nicklas dines at Knight’s, where she finishes her meal with a Hummer—vanilla ice cream, kahlua and rum. Post-game on Saturdays finds her at the Gandy Dancer in the old Ann Arbor train station. Nicklas says every time she drives past Angell Hall, Michigan’s liberal arts building, it reminds her of when the streetcar dropped her off there in 1945 with “five hat boxes and a couple of pieces of luggage. I loved it from day one.”

FOR THE GREATER GOOD

Jim Wolf, Midway Road, is a man on a mission—literally. Since retiring as vice chair of Standard Chartered Bank in 2006, Wolf travels to Africa two to three times a year to do mission and humanitarian work. Working with Concordia Lutheran Ministries and area Lutheran churches, he has built homes for children orphaned by AIDs in South Africa and dorm-style housing for orphans in Kenya. In May, he rehabbed a nursery school and developed a water collection system. “The key is interaction with the locals,” says Wolf, who recalls pounding nails beside a disfigured burn victim with one hand. “I have a much greater self-awareness of all my blessings,” he says.

In January 2012, after nearly a dozen trips to Africa, Wolf and two Mt. Lebanon friends—Drew Harvey and Chuck Stout—decided to tackle Mt. Kilimanjaro. “There are so many stories about the altitude,” he says, “and we weren’t getting any younger.” To summit the 19,344-foot mountain, hikers pass through seven different climates, beginning with 80-degree temperatures at the base and summiting at 10 to 15 degrees below zero. Wolf used this challenge to raise $15,000 for charity by securing donations for every foot he climbed.

One year Wolf took his then 18-year old son, Mike, to Africa. After watching the local people celebrate a building’s dedication, Wolf remembers Mike saying, ‘“They have absolutely nothing, and look at the joy they have. I’m always looking for more.”’
“It was an eye-opener for him,” says Wolf.

When Michael Bikerman taught geology at the University of Pittsburgh, he traveled around the world three times as a professor and dean for Pitt’s Semester at Sea program. When he retired in 2000, a faculty member suggested he lecture on cruise ships. Bikerman took that advice, and for the past seven years he’s been speaking about geology on the Holland America Line.
Michael and his wife, Viola, Washington Road, take about three cruises a year and have traveled to Bora Bora, the Panama Canal, Spain, Portugal, Greece, Turkey, Israel, and Dubai…to name a few. “We’ve been to over 100 countries,” says Viola, “We stopped counting.”

In transitioning to his new life, Michael learned he was no longer doing education; rather he was doing “edutainment.”  Consequently he lectures on volcanoes, geology and geography, keeping the topics light and entertaining. “Every time we go on a new itinerary, I research the geology on these countries,” says Michael. “As retirees, you need something to keep your mind active.”

Along the way, they’ve become more adventurous and adaptable—not to mention expert packers. “We tend to be independent,” says Viola; we will choose different trips in port. “We’re gypsies basically.”

When Ruthe Fleming’s nephew offered to take her extended family on a six-week European tour in 2011, she decided it was time to retire. At 88, she had managed Bower Hill at Mt. Lebanon Co-op for 32 years, and the chance to see Germany, Austria, The Czech Republic, Italy and Switzerland made retiring “the right thing to do,” she says.

For Fleming, the trip’s highlight was a private tour of the Vatican for their family of 25 followed by dinner on the Pope’s patio. “We felt so special,” she says. In Prague, she wandered the streets on her own. “I got a little lost, but I didn’t mind because I love the city,” she laughs.

Fleming, who moved to Providence Point after nearly 50 years on Woodhaven Drive, encourages would-be travelers to “pick something you’ve always wanted to see and do. Stretch yourself a little, but not too much.”

Vera Jane and Cleon Cornes are educators at heart—he was a psychiatrist at the University of Pittsburgh’s School of Medicine and she taught nursing at Pitt—so it’s not surprising their travels often involve learning.

The Cornes, who moved to Providence Point from Hoodridge Drive, enjoy Elderhostel vacations with lectures about their destinations. They saw Quebec, Phoenix, and Jamestown, Virginia this way, and last year took a weeklong Elderhostel trip to Cape May, New Jersey—distinguished by its Victorian cottages—to learn about Victorian life.

In July, the Cornes visit the Shaw Festival at Niagara-on-the-Lake, Ontario to watch plays by George Bernard Shaw and other famous playwrights. Sometimes they travel to London or New York with Post-Gazette drama critic and Pitt professor Chris Rawson, who lectures about plays and their characters.

The Cornes’ hands-down favorite destination is the British Isles—they’ve been to England and Scotland eight times and Ireland and Wales three times. “They speak our language; it’s so beautiful; we love the little villages; we learn about the history” says Vera Jane. “We stay in B and Bs and get to know the people who run them.”

STOP AND SMELL THE ROSES

When Clarence and Helen Betzler wanted a vacation where they could leisurely explore the sights, they chose a transcontinental train trip. “A plane is quicker. By car, only one person enjoys the trip,” says Clarence, but on a train, if you want to stop and investigate you just get off.

To start their adventure, the Betzlers, Fieldbrook Drive, headed west across Canada from Toronto. They enjoyed Banff and Lake Louise but said the deep blue waters of Lake Peyto were even more beautiful. Elk, bear, foxes and eagles greeted them along the way. While crossing the vast Canadian flatlands, they ate in the dining car complete with linen tablecloths and fresh flowers. Sometimes they passed the time playing cards with other passengers. Vancouver seemed like Pittsburgh “only bigger,” Helen says.

At the Pacific, their train headed south to Seattle, and they returned home across the U. S. The Betzlers got a taste of the Wild West in Old Sacramento and then chugged up winding rails to Salt Lake City. Denver’s Molly Brown home and Buffalo Bill Museum gave them another taste of American history.

Advice for those of us still dreaming about retirement travels?