Poring over the forest floor, examining a stream, watching bird and invertebrate habitats—just some of the activities Mt. Lebanon’s third graders will be doing at this year’s 33RD annual School in the Park, presented in Bird Park by the Mt. Lebanon Nature Conservancy May 15 to 19. The interactive program also will examine how species adapt to the environment and the impact of humans on natural areas.

Students from each of Mt. Lebanon’s seven elementary schools will spend a half day moving through several different stations at the park: stream habitat, forest habitat, birds, invertebrates and field edge. Each station is led by an adult volunteer and high school student assistants.

Each year, conservancy members meet with school representatives to make sure the classes support the third-grade curriculum. This year’s conservancy coordinators for the school are Allison McGee and Susan Montoya.

Heather Rarick, Mt. Lebanon Class of 1983, has been named a Penn State Outstanding Engineering Alumna. A 1987 Penn State grad with a bachelor’s degree in aerospace engineering, Rarick is assistant director for NASA’s Commercial Crew Program. She has also served as flight director for the International Space Station, and chaired a joint U.S.-Russian panel to negotiate space station operational issues and flight rules. Rarick also chaired the Penn State aerospace engineering department’s Industrial and Professional Advisory Council. She received the NASA Outstanding Leadership Medal in 2008 and 2009, and the NASA Distinguished Service Medal in 2016. 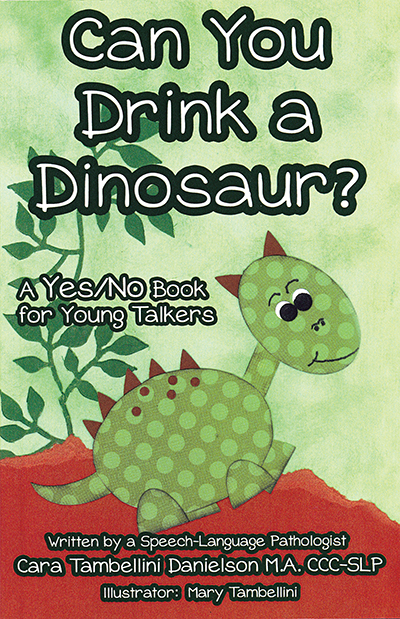 DRINK A DINOSAUR? Speech and language pathologist Cara Tambellini Danielson, of Santa Monica, California, has published her second Yes/No Book for Young Talkers, and once again the book reflects her Mt. Lebanon roots. It is a collaboration with her mother, artist Mary Tambellini, whose colorful illustrations make both Cara’s previous book, Easy to Say First Words, and her new book, Can You Drink a Dinosaur? both educational and fun.

Tambellini, a 2000 Mt. Lebanon High School graduate, has a private speech therapy practice in California. She says she developed the book “to get kids talking and thinking!  With this book, children learn to answer questions, think critically, about scenarios and practice speaking in sentences.” The book proceeds with a series of questions that require a No answer followed by a Yes answer, followed by a complete sentence to repeat. “Can you eat a house? No; Can you eat an apple? Yes. Eat an apple.”  Both books are available on Amazon for $10.99. Both are rated five stars by readers.

THE PEOPLE HAVE SPOKEN It was a hard-fought contest. A field of 135 dogs, 36 cats, four chickens and two guinea pigs brought their A Game to the first-ever mtl Cutest Pet Contest, knowing that only one would emerge victorious. The Round of 177 yielded 12 semifinalists, 10 dogs and two guinea pigs. Presumably the cats all lost interest when they realized there would be no red pointer dots involved.

Finally it came down to three canines: Louie, whose 107 Facebook likes gave him a substantial early lead; Honey, whose remarkable semifinal surge turned the contest around; and Penny, a pup with staying power. In the end, Honey took the gold with 1,381 likes, compared to 1,160 for Louie and a distant 404 for Penny, whose youth all but guarantees a return to the spotlight next year.

Congratulations to all of our pets and the humans who voted for them.

DIVERSITY THROUGH ART Middle school and high school artists are invited to enter the Unity in the Community art contest. The contest is being sponsored this spring by the Mt. Lebanon Community Relations

Board to celebrate cultural diversity. Entries may be paintings, drawings or digital creations and must be scanned or photographed and submitted online. There are two divisions: grades 6 to 8 and grades 9 to 12, and the board will choose a winner in each division. Entries must be submitted by July 1 to Community Relations Board staff liaison Susan Morgans, smorgans@mtlebanon.org. Finalists will be asked to submit their original art. The winning entries will be used on T-shirts made by Commonwealth Press and will be featured in mtl. They also will be displayed at the municipal building and used as part of the library’s year-long program theme of unity. For specifications and entry instructions, visit www.mtlebanon.org.

GET A CUPCAKE Just go up, put your money in ($3.50), and get a cupcake. Isn’t that a great way to live? Why didn’t we think of this genius idea? Chatty Cupcakes, based in Waynesburg, installed the vending machine in The Galleria earlier this year, and it’s still one of the very few places in America where cupcake vending is possible. The 160 treats are loaded fresh into the machines every morning, and usually sell out that day. Leftovers are donated to the City Mission in Washington.

OUTDOOR TENNIS RETURNS The bubbles at the Mt. Lebanon Tennis Center came down late last month. The Tennis Center is now open daily for outdoor play (weather permitting), from 7:30 a.m. to 10:30 p.m. It will remain open through September 30. This month is the Mt. Lebanon Memorial Day Junior Open, May 26 to 29. The registration deadline is Wednesday, May 17. www.TennisLink.USTA.Com/ Tournament ID: 350028217 Visit www.mtlebanon.org/245/Tennis-Center for more tennis happenings.