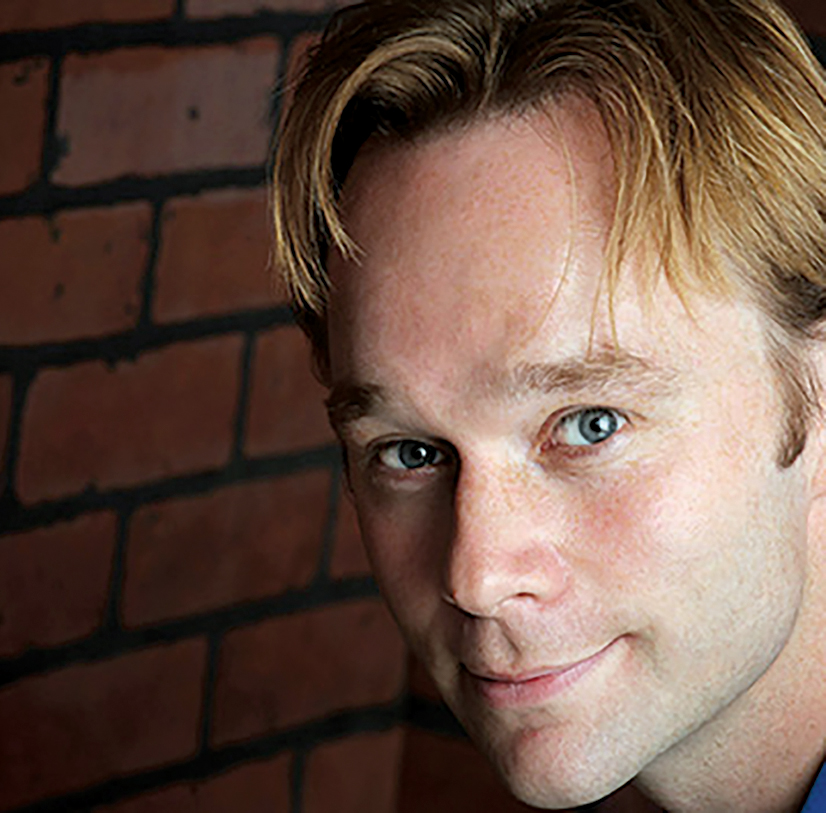 Broadway veteran Billy Hartung of Mt. Lebanon is returning to the stage after a 12-year hiatus August 18 to 27 in Front Porch Theatrical’s musical Big Fish at Pittsburgh’s New Hazlett theater. Based on the 1998 book Big Fish: A Novel of Mythic Proportions by Daniel Wallace and the 2003 movie starring Albert Finney, Ewan McGregor and Jessica Lange, Big Fish is a story about fathers and sons and the stories people use to define themselves. Hartung will play the role of Edward Bloom.

Best-known lately as director of the Center for Theater Arts, Hartung lived in New York for many years and has a long list of professional credits, including the Broadway musicals Cabaret and Footloose. He and his wife, Sharon, returned to Pittsburgh to raise a family that now includes six active children in the house he grew up in on Birch Avenue. Embracing his roots makes Hartung a good match for Front Porch, which, as described by producer Leon Zionts, centers on Pittsburgh born or trained actors, directors, designers and others doing high-caliber professional work. “We focus on meaningful, socially relevant musicals, often less well-known but covering important topics and issues,” Zionts says.

Hartung says he hopes many of his Mt. Lebanon friends will be able to attend one of the performances. Ticket are on sale now for $30 at www.frontporchpgh.org

The 2017 Lt. Terrence Mulkeen Memorial Award Scholarship winner is Mt. Lebanon High School senior Sean Witte. The son of William and Cathreen Witte, Alexander Place, Sean is a member of the executive board of the National Honor Society, an altar server at St. Bernard Church, a three-year letterman in basketball and an editor for the Devil’s Advocate student newspaper. The $7,000 scholarship is  awarded to a Mt. Lebanon High School senior who exemplifies the life of Terry Mulkeen, an academically and athletically gifted student who earned his wings with the U.S. Navy and was killed during a training mission at the end of Operation Desert Storm. This fall, Sean will attend Fordham University, where he will study at the Gabelli School of Business.

Paul Rudoy of Vanderbilt Drive is chairman-elect of CPA Associates International, Inc. (CPAAI). Rudoy is a managing partner for H2R CPA, a locally owned accounting and business advisory firm specializing in comprehensive tax, assurance and business consulting services. As chair of the CPAAI, Rudoy will provide leadership for the association and will work closely with national and international member firms. The association comprises 130 firms in more than 50 countries. Rudoy will assume his new position in October.

Touchstone Pilates, 250 Mt. Lebanon Boulevard, is celebrating its 10th anniversary this year. Owner Lisa Pellow, Queensberry Circle, is the studio’s senior instructor.
Pilates’ central concept is “Stretch, strengthen and control,” says Pellow. “Pilates works the entire body and focuses on the core or ‘Power House,’ to get strong and flexible so you can do everything in your daily life.” Touchstone’s instructors are certified in Romana’s Pilates and have had more than 650 hours of training, using Pilates creator Joseph Pilates’ original, 100-year-old method. Clients train on Gratz-Pilates apparatus based on Joseph Pilates’ specifications and designs. Classes include semi-private and private sessions. “I am excited to do something I love for 10 years, and looking forward to the next 10,” Pellow says. www.touchstonepilates.com or 412-344-5050.

The Pennsylvania Bar Association (PBA) has appointed Anne John, Elm Spring Road, as vice president at the association’s annual meeting. John is a private practitioner with John & John in Uniontown. In 2018, she will become the association’s president-elect, leading her to become president in 2019. John is a graduate of Dickinson College and Dickinson School of Law and is the immediate past president of the Fayette County Bar Association. At the state level, she serves on the executive council  of the PBA Commission on Women in the Profession. She also served on the PBA’s Diversity Team, chaired the PBA Leadership Recruitment and Development Committee. John is the chair of the PBA House of Delegates Draft Committee and the co-chair of the PBA Shale Energy Law Committee.