You’ve heard of trivia nights and karaoke nights, but have you ever been to a paint hight? Ever since Pennsylvania Boulevard resident Connie Dusak started Paint Nite Pittsburgh this January, people have been packing into bars and restaurants all over Pittsburgh to do a little painting and a lot of partying.

The concept is this: Paint Nite, based in Boston, licensed the Pittsburgh location to Dusak. She finds local bars and restaurants that could use bigger crowds on certain nights of the week, usually from 7 to 9, and books a party with them. It’s a win-win: She sells tickets to her paint parties online at www.paintnite.com and patrons buy their food and drinks at the host establishment. 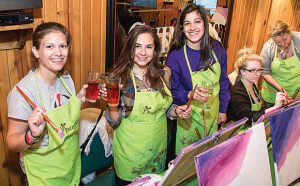 Dusak brings all the supplies, and the artists have the opportunity to work on their own version of the painting of the night. “But I’m not the paint police,” she says. If people get there and prefer not to paint, that’s OK too. It’s always an easy painting, and she never critiques them. “You’re supposed to have fun, not get frustrated.”

Dusak got the idea to start the business when she saw it on Craigslist. “I have an entrepreneurial mind,” she says. “I’m super creative.” And it’s taken off with many sold out evenings. Look for Paint Nite to expand from its usual 16 to 18 monthly parties this summer. 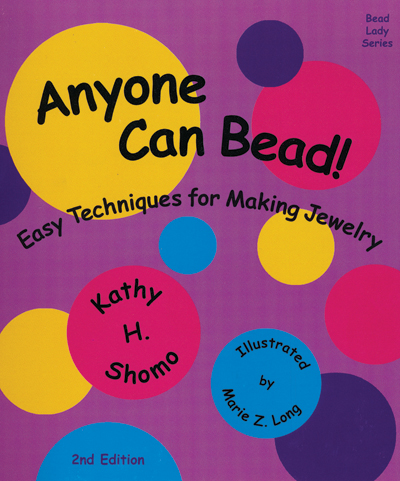 Kathy Shomo has been known as the bead lady for the past 15 years. Since 1998 Shomo has taught beading classes in Pennsylvania, Michigan, New York and summer workshops at the Chautauqua Institution. After years of scribbling notes for students who wanted instructions they could take home, Shomo went looking for a good beading instruction book to recommend as a reference for her students. Finding none, she decided to fill the void herself. Anyone Can Bead! Easy Techniques for Making Jewelry was the result. Now in its second edition, the book brims with easy-to-follow instructions, basic techniques, 50-plus beading projects and lovely drawings by Marie Long. Anyone Can Bead! is $19.95 and can be ordered by calling 412-343-2787.

On the morning of September 11, 2001, Thomas B. Etzel’s niece Katie McCloskey was working in New York City’s Twin Towers and his longtime friend Ken Waldie was boarding a plane. Neither survived the subsequent terrorist attacks that morning. Shaken and seeking answers, Etzel, a CPA living on Mt. Lebanon Boulevard, enrolled in the Fletcher School of Law and Diplomacy in Boston. After completing his coursework, he established the Global Peace Building Foundation on September 11, 2010.

The foundation provides grants for organizations involved in conflict resolution among the world’s youth, including Seeds of Peace and Peace Players International.

At 7 p.m., Tuesday, May 13, the foundation will host Peace In Our World, an informal reception at Christ United Methodist Church, 44 Highland Road, Bethel Park. The public is invited to attend this free coffee to learn more about the foundation and help it build a support base. More information at  www.globalpeacebuilding.org.