The Virginia Manor neighborhood may be the first Mt. Lebanon sub-division to implement design guidelines aimed at preserving the historic character of the neighborhood.  The process of developing the guidelines is currently under way with the help of T & B Planning, Inc., a consulting firm with extensive experience in historic preservation, including such projects as the Moon Township Historic Preservation Plan, the City of Pittsburgh’s Cultural Heritage Plan and design guidelines for the Cambria City Historic District in Johnstown.

T & B Principal Tracy Zinn and Project Planner Robyn Barber will be working over the summer conducting public outreach, preparing guidelines based on residents’ suggestions and drafting an ordinance for possible consideration by the Mt. Lebanon Commission. The firm was one of seven that responded to an RFP issued last spring by the municipality.  Cost of their services is $24,645. 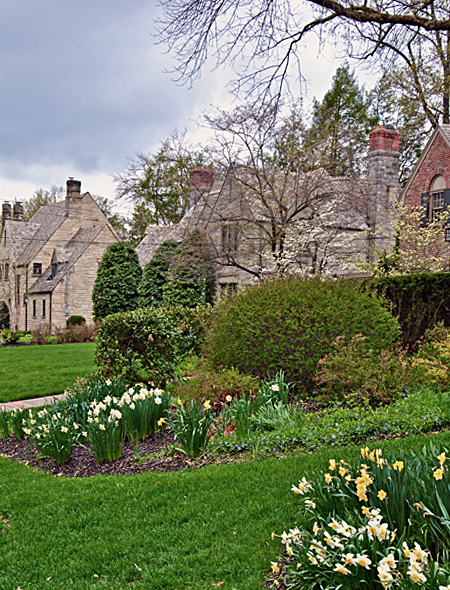 Mt. Lebanon’s historic preservation board, which last year successfully got more than 4,000 properties in Mt. Lebanon built that were before 1945 listed on the National Register of Historic Places, has taken a key role in the Virginia Manor initiative at the request of a number of Virginia Manor residents who said they wished to protect their neighborhood character and property values.  The group’s request was timely in that the next phase of the historic preservation board’s three- to five-year plan was to create a template that any Mt. Lebanon subdivision could use to develop voluntary or mandatory design guidelines specific to their neighborhoods. The creation of local historic districts as an economic development tool is, in fact, included in Mt. Lebanon’s most recent comprehensive plan.

As the consultants pointed out at a meeting of 43 Virginia Manor residents held May 19 at Bower Hill Community Church, National Register status is prestigious but honorary. It places no restrictions on what owners may do with their historic properties; they can tear them down if they wish.  A local historic district, however, would contain enforceable guidelines that govern how major changes to the exteriors of properties or landscape—anything visible from the public right of way—must take place.

Important to know is that while only the oldest streets in Virginia Manor are included in the National Register District, the entire subdivision, including houses built in the ‘60s, ‘80s and even later would be part of the local historic district.  As the historic preservation board has pointed out, builders of the newer structures in large part maintained the same standard of excellence that characterized the original houses.

All Virginia Manor residents received invitations to the May 19 meeting, and most residents who spoke agreed that their neighborhood, the oldest parts of which were developed in the 1930s and 1940s by James Duff and carefully monitored by architect Tom Garman, has retained its distinctive features.  Some who spoke expressed confidence that residents take pride in living in Virginia Manor and would continue to maintain its character without guidelines.  Others bemoaned some significant examples of new construction they feel already have chipped away at the neighborhood’s distinctive ambience, including well-built houses that might look wonderful in a newer community such as Wexford but are incongruous in Virginia Manor. 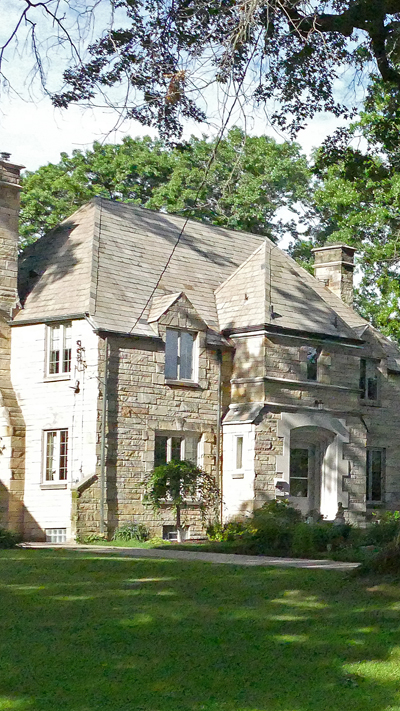 Former Historic Preservation Board President Bill Callahan works as the Western Representative from the Pennsylvania Historical and Museums Commission. At the meeting, he pointed out that seemingly isolated changes in a historic built environment could have a long-term negative impact because communities “lose their historic character house by house.”

Based on what she and her colleagues already have observed and heard, Zinn said that the proposed design guidelines will be broad in nature, and will not pertain to minor things as whether or not people can have window boxes or what color they should paint their shutters.  Among the large issues that might be considered could be things such as materials used for additions, roofs and rooflines, garage orientation and perhaps even landscape issues such as retaining or replacing the neighborhood’s tall, stately trees.  Zinn asked that anyone who was skeptical about the process wait to weigh in until the guidelines are prepared for review, probably in early September.

Residents who attended the May 19 meeting received a meeting summary, which also is posted on the historic preservation board page at www.mtlebanon.org.  Residents with questions or suggestions should email Morgans at smorgans@mtlebanon.org.  They are also welcome to contact Commissioner Bendel, jbendel@mtlebanon.org,  or speak in public comment at commission meetings.

Once the draft guidelines are prepared, there will be another Virginia Manor neighborhood meeting, which may result in revisions prior to submitting the guidelines to the Mt. Lebanon Commission.  Once the commission receives the proposed guidelines and draft ordinance, the commissioners will engage in public discussion and invite public comment prior to deciding if or how the guidelines should be implemented.