CHICKENS IN THE YARD

indy Ranney had wanted chickens for a decade before she and her family moved into their Mt. Lebanon home. She took a class in how to raise chickens in a residential environment, but her career took her from Florida to Missouri to California, and circumstances just wouldn’t allow it until her family moved to Mt. Lebanon.

About a year ago, Ranney’s son, Syrus, wanted chickens for his 8th birthday. Syrus is a Minecraft player, and chickens figure in big in Minecraft.

While owning chickens was always permitted here, it wasn’t until 2014 that the municipality adopted an ordinance regulating chickens, bees and other farm animals.

Ranney, a Mt. Lebanon commissioner,  checked with her neighbors before going ahead with the plan, to see if there were any objections, and there were none.

The chickens arrived at the Ranneys’ Segar Road home in early May of 2020, but unfortunately, half of them were males, which are prohibited under the ordinance because of the noise factor.

So they tried again, this time going with a hatchery that determined the sex of the chickens, which, as it turns out, is quite a complicated task. (Pro tip: If you’re trying to do this on your own, make sure your parental controls are working before you Google “chicken sex.”  Trust us on that.)

Of the 16 chicks the Ranneys got, 13 made it to adulthood—one did not survive the mail journey, one was lost to disease and one to a hawk.

The chicks spent their first month inside, in an aquarium, before moving outside into an enclosure.

The family settled into a routine: Ty, 14, takes the early morning feeding and watering before school; Syrus tends the hens after school and Tabitha, 12, does the evening shift, making sure everyone makes it safely into the coop for the night.

At first meeting, Dragon, the Ranneys’ pit bull “wanted to kill them, but eventually he accepted them as part of the pack.” One chicken, named Goose, is used to spending time in the house.

The McElroys have four chickens, and one, a Silky named Pikachu, “is basically a cat,” she said.

McElroy grew up in West Virginia, and was around chickens, but definitely not as pets. The family also had chickens when they lived in Olean, New York, before moving here six years ago.

“We were excited that this is such a welcoming community,” she said. “We get people from Asbury (Asbury Heights, a senior living community on Bower Hill Road) who grew up on farms come over to see the chickens.”

While all of the chicken owners we talked with said they had no complaints from their neighbors, Chief Inspector Rodney Sarver says his office does receive a few.

“Mostly the complaints have to do with the coop and enclosures being too close to their neighbors,” he said. “Often that comes about because the property owner did not apply for and receive a zoning permit.’

A zoning permit costs $80, and requires two copies of a survey of the property, showing the proposed location of the coop and enclosure. If the plans meet the specifications of the ordinance, Sarver will issue the permit, and Code Enforcement Officer Abby Waine will perform a final inspection to make sure everything is up
to code.

When building the coop, it’s important to make it as predator-proof as possible. Marina Siegert, Morrison Drive, owns Bethel Park Veterinary Clinic and also is a chicken owner. Ironically, she says chicken wire doesn’t offer the best protection. “Deer can trample the wire down, and make it low enough that the chickens can get out,” she said. Siegert recommends sinking a fence at least six inches into the ground, because possums and some other predators can dig tunnels.

Occasionally the chickens escape, but Siegert’s chickens also come when she calls them. “They associate me with food,” she said with a smile.

In addition to predation, Lara Backus, a vet who works in Siegert’s practice, says respiratory illnesses and parasites account for a large portion of chicken diseases. Deworming and keeping everything clean goes a long way to keeping the birds healthy.

The Centers for Disease Control has some advice for first-time chicken owners at www.cdc.gov/healthypets/pets/farm-animals/backyard-poultry.html.

The biggest piece of advice is to wash your hands after touching backyard poultry or anything in the area where they live and roam—after collecting eggs, handling food or water containers or even just being in the area, even if you didn’t touch any birds.

Other tips: Throw away cracked eggs. Bacteria on the shell can more easily enter the egg though a cracked shell. Don’t wash warm, fresh eggs because colder water can pull bacteria into the egg.

Siegert’s menagerie of two dogs, three cats and a gecko have no trouble accepting the chickens into the family. “One of my cats brought them a dead mouse. They all fought over it.”

They did lose one to a neighbor’s dog at a block party, “in front of all the kids.”

Firwood Drive resident Nicolette Lupinacci has lost one chicken to a hawk and another to a cat. However, one time a raccoon got into the coop and “the chickens kicked its ass.”

Lupinacci recently had an issue with one of the hens becoming “broody,” (moody, in chicken-speak) which can happen when a hen really wants to hatch an egg. Collecting the eggs quickly after the hens lay them cuts down on broodiness, which can have severe health effects for the hen.

On Christmas Eve, she also had to deal with a hen that was “eggbound,” meaning the egg was not leaving its body.  You need to remove the egg by hand, and if it breaks during the removal, it could be fatal. She put the chicken in a bath for 30 minutes, applied Preparation H to the area and very carefully removed the egg.

Lupinacci credits the chicken-owning community with sharing a lot of expertise, and resources. “Whatever you need, amoxicillin, advice, when you need something, they will provide it.”

Drama aside, Lupinacci loves having chickens.

“Overall, it’s been really positive,” Ranney said. “They dig and scratch, they make a mess, but they’re not disruptive. They’re friendly, interesting, smart, they want attention. It’s a good combination for a pet.” 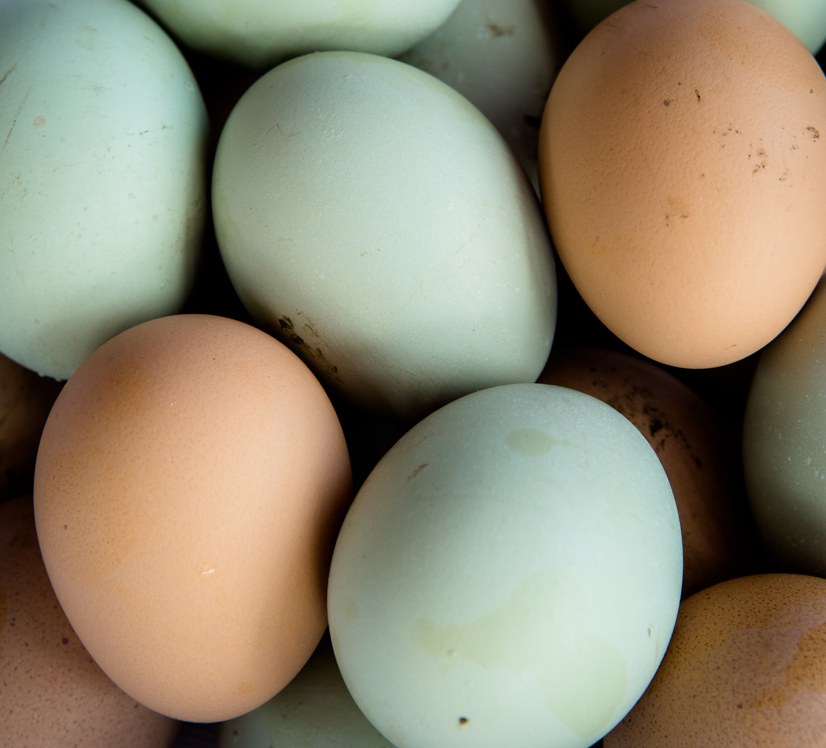 The Rules About Chickens

You must have a zoning permit from the Mt. Lebanon Inspection Department. Permits are $80, and require two copies of a property survey, showing the proposed location of the coop and enclosure. If your plan is in compliance with the ordinance, you will receive a permit and our code enforcement officer will do a final inspection of your setup.

For the first 3,000 square feet of any residential parcel, you can have up to four chickens. You can add one chicken for each additional 1,000 square feet, up to a maximum of 15. Chickens have to stay on your property. All feed must be kept in a vermin-proof, airtight container.

No roosters over the age of six months are permitted. If you’ve ever heard all the racket they make all the time, you will understand why.

Coops  or other enclosures must be kept clean, and must be a covered, predator-proof chicken house that is thoroughly ventilated, or large enough to allow free movement of the chickens. Coops must be located a minimum of 10 feet from any side or rear lot line and must be closer to the principal structure than to any side or rear lot line, and cannot be located in any front yard. Coops that are unoccupied for a year must be removed.