Look for some positive changes in Mt. Lebanon’s parks this summer. And look for more good things to come at the municipal golf course and swim center in summer 2014.

Thanks to a $4.5 bond issue in January, Mt. Lebanon has borrowed money that, when added to $1 million previously allocated from the 2012 undesignated fund balance, will allow for major improvements to our recreation infrastructure.
Work on the swimming pool will constitute $3.3 million of the project and includes replacing the plumbing, updating the filtration system and the bathhouse and adding a zero-depth entry.  EPM Architects of Bradford Woods will oversee the renovation, slated to begin when the pool closes for the season. 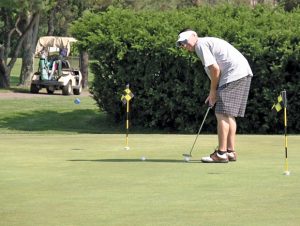 Improvements at the golf course include changing the slope of holes four and five, continuing with tee and cart path improvements and adding an indoor teaching facility. The recreation department also will improve and upgrade playground equipment in several parks, plans to increase parking around the tennis center and Middle and Wildcat fields, and is looking into the feasibility of building a new athletic field.

All this is big news. But perhaps the bigger news is that because of decades of sound financial stewardship, Mt. Lebanon was able to borrow the money needed for these projects at a very low interest rate. Since 2010, Moody’s Investor Services, one of the world’s top three financial rating services, has given Mt. Lebanon its second highest rating, Aa1, giving us one of the highest bond ratings of any municipality in Pennsylvania.

Determining factors for the rating, according to Moody’s, were “a sizable tax base with above average wealth levels, a modest debt burden and a healthy financial position with healthy General Fund reserves.” The report, prepared following Moody’s research prior to the recreation bond issue, says Mt. Lebanon’s healthy financial position is expected to remain stable because of our careful budgeting and spending practices.

Even with the $1 million allocation for recreation improvements, Mt. Lebanon’s unassigned fund balance exceeds the Government Finance Officers Association’s recommended percentage of a municipality’s overall budget. Financial institutions recommend keeping an unassigned balance of at least 10 percent. Mt. Lebanon’s unassigned fund balance amounted to more than 14 percent of our $31 million plus budget, which allowed the municipality to allocate the $1 million for improvements. 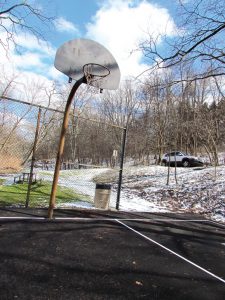 Although Mt. Lebanon has issued several bonds over the past several years, all but two were refinancing to take advantage of lower interest rates to pay down existing debt for projects such as street reconstruction, the municipal building renovation and upgrading traffic signals on Cochran Road.

In addition to sound financial management, other factors Moody deemed significant were Mt. Lebanon’s stable tax base and income. The municipality’s $33,652 per capita income and $79,744 median family income is more than 150 percent of state and U.S. numbers. Mt. Lebanon has a solid $2.5 billion tax base.

Moody’s has 21 ratings, ranging from Aaa (prime) to C (in default). Moody’s rates about 450 bond issuers in Pennsylvania. Of these, just 21 are rated Aa1 or Aaa. With an Aa1 rating, Mt. Lebanon’s interest rate is 1.49. If our rating were A1, the highest rating in the Upper Medium Grade category, the interest rate would be about 1.96 percent. For Aa2, the rating just beneath ours, the interest would be about 1.67 percent. This means that had the municipality issued bonds with the same rating it had in 2009, Aa2—still a highly desirable rating—it would have been a difference of 0.18 percent, and a municipality with a lower rating, of A1, would have had to pay almost a half-percent more in interest. So, over the course of 20 years, Mt. Lebanon saves $160,000 in interest over an Aa2 community, and $418,300 over a community with an A1 rating.

Mt. Lebanon’s responsible financial management and resulting high bond rating has enabled us to upgrade our recreation facilities, keeping us in step with neighboring communities that have recently made significant investments in recreation. In addition to the work on the pool, here are some of the changes you can expect to see:

COMMUNITY CENTER New flooring for the main room and the hallway. The floor in the main room is 21 years old, and the tile in the hallway is 35 years old. Both are worn. Work will be scheduled to cause minimal disruption to recreation programs.

TENNIS CENTER Provide lighting for two additional courts; replace the path to the upper courts and the path and wooden steps to the practice wall with concrete sidewalks and steps. Renovate the tennis center building with new flooring on the second floor, painting, updated bathrooms, new awnings, repair of the patio and replacement of the 15-year-old patio furnishings.

GOLF COURSE Improvements to holes 4 and 5. Hole 4 will be regraded to create a more level fairway and landing area. If the existing golf cart path has to be removed, a new path will be located to the left of the fairway and will run along the bottom of the hillside. There will be a rough between the cart path and the fairway to keep the cart path as far out of play as possible. Hole 5 also will be regraded.

BRAFFERTON FIELD Upgrades to the field, fencing and bleachers; possible irrigation or sodding. This project will be bid out once a final scope of work can be determined with the input of the parks advisory board.

ICE RINK Replace the ceiling in the lobby; upgrade the sound system and lighting. This work will be done in coordination with the energy saving upgrades currently under way at the rink.