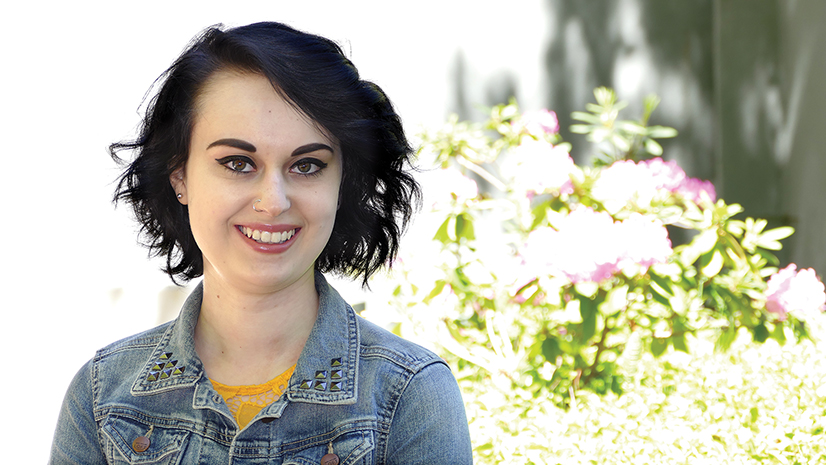 Gabrielle Solarczyk grew up in Pittsburgh, graduating from Upper St. Clair High School in 2013, and now lives in Bethel Park. Solarczyk is a rising junior at Duquesne University. She studies English with a concentration in writing and a minor in psychology, which she hopes will help her eventually write books and counsel chronically ill children.

Two years ago, Solarczyk encountered a health scare, and after a long time battling illness was diagnosed with lupus. After many hospital visits, doctors’ appointments and much medication, she decided she wanted to raise awareness about the disease through her writing. “I have always said that I have lupus to teach others and help raise awareness,” Solarczyk says. She now has a blog, Spread Your Wings 4 Lupus, and her own non-profit organization, The Hope for Lupus Society.

Hope for Lupus began when Solarczyk was at one of her favorite pizza shops talking to a friend who worked there. He offered to help her start a non-profit organization. Now, Solarczyk is frequently writing donation letters, updating social media and holding fund-raisers to raise money for her nonprofit. “It took a long time to be diagnosed. There wasn’t a lot out there for people my age, especially for lupus,” says Solarczyk. “I would like to help people pay for all the copays, medication and the transportation for getting to appointments.”

When she writes for Spread Your Wings 4 Lupus, Solarczyk focuses on how she deals with the disease and maintains a positive outlook. She thanks her mom for that. “I don’t think everyone can truly say their mom is their best friend, but I can, and I really cherish that,” Solarczyk says.

Her mom, Cheryl, who also has lupus, helps Solarczyk remain upbeat and positive. Solarczyk also receives encouraging support from her 12-year-old German shepherd dog mix, Riley, who she rescued about six years ago. Soon after Solarczyk was diagnosed, Riley became her service dog, proving he was able to recognize if there was something wrong with Solarczyk’s health. “We didn’t just rescue him, he rescued us,” Solarczyk says. Solarczyk also has an older brother, Josh, who she says still enjoys acting like they’re little kids again when they are together.

This summer, Solarczyk hopes to sharpen her writing skills and learn a different style of writing to help with her career and school, as she continues to raise awareness about lupus through her nonprofit and blog. 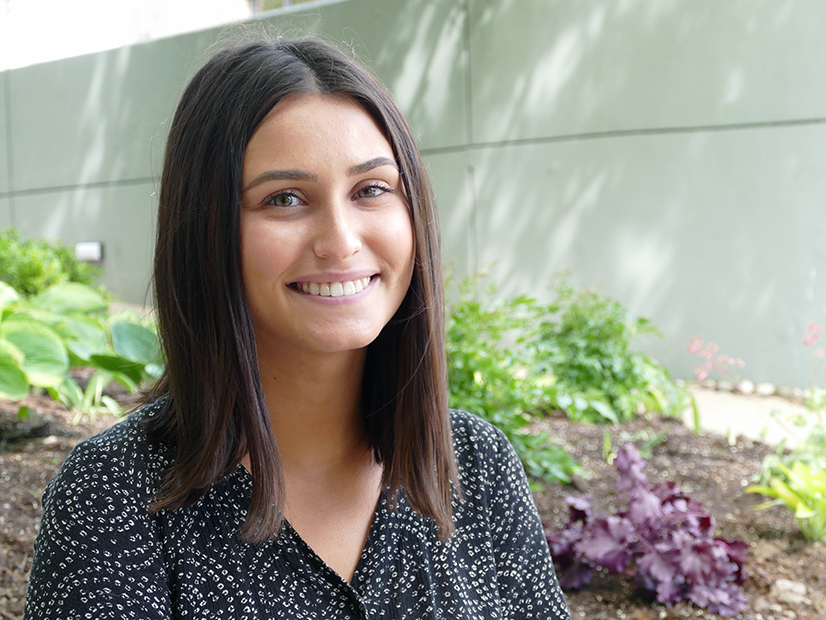 Erin Brubaker, a 2015 Mt. Lebanon High School graduate, was born and raised in Mt. Lebanon. She is a junior at Penn State majoring in broadcast journalism with a political science minor. She did not always want to become a journalist, but in her sophomore year in high school she discovered the school paper, The Devil’s Advocate. She quickly got more involved, becoming a section editor her junior year and editor in chief her senior year.

In addition to writing, Erin is interested in the process of putting a paper together, developing graphics and working on layout. She hopes to “develop my own style and voice when it comes to my writing,” she says.

Erin also works at Il Pizzaiolo on Washington Road, and in her free time she enjoys being with her family and friends and watching YouTube videos. Brubaker’s family is her mom, Betsy, dad, Mark, younger sister Megan, 18, brother Will, 13, and two dogs, a yellow Lab named Cakey and a black Lab-Great Dane mix named Magic. “My mom and dad are my role models,” says Brubaker.

Brubaker says her dad is a selfless, hard worker and a successful man who does a lot for his family. He is the person she goes to when she needs help or advice. She says her mom is an independent, strong, working and supportive mother who loves dogs and helps foster and transport them between foster homes before finding their forever home. Helping her mom has fed her love for dogs.

Her best memories include the times she, her sister and neighbors would have lemonade sales to raise money for animal shelters. They would run around the street wearing all sorts of costumes to get people’s attention. “People would be so generous,” Brubaker says.

Brubaker loves the end of E.B. White’s Charlotte’s Web,  about the friendship between Wilbur, the pig and Charlotte, the spider. “The ending never fails to make me cry,” she says. “Friendship means a lot to me.”