When you look at the wall at first, it looks like simple white polka dots dancing in line on a black background, but as you get closer, it’s clear they are thousands of little white pills. Squeeze in closer and you see each little pill has a tiny face etched on it. 22,000 pills. 22,000 faces. 22,000 dead people as a result of addiction to prescription painkillers in 2015.

The exhibit, called “Prescribed to Death: A Memorial to the Victims of the Opioid Crisis,” in the University of Pittsburgh’s William Pitt Union, is the entree to the National Safety Council’s “Stop Everyday Killers” campaign aimed at helping people understand the risk of taking opioids. At the heart of the exhibit are the etchings of the faces of the 2015 victims of prescription pill overdoses, in an assembly designed by ad agency Energy BBDO. But along with the wall of faces is an educational campaign that seeks to compel consumers to learn about what medications they are taking. The exhibit, which was its national debut, will be in the Union until midday Friday, February 2, before it heads to other cities on its tour to include New York, Atlanta and Washington, D.C. 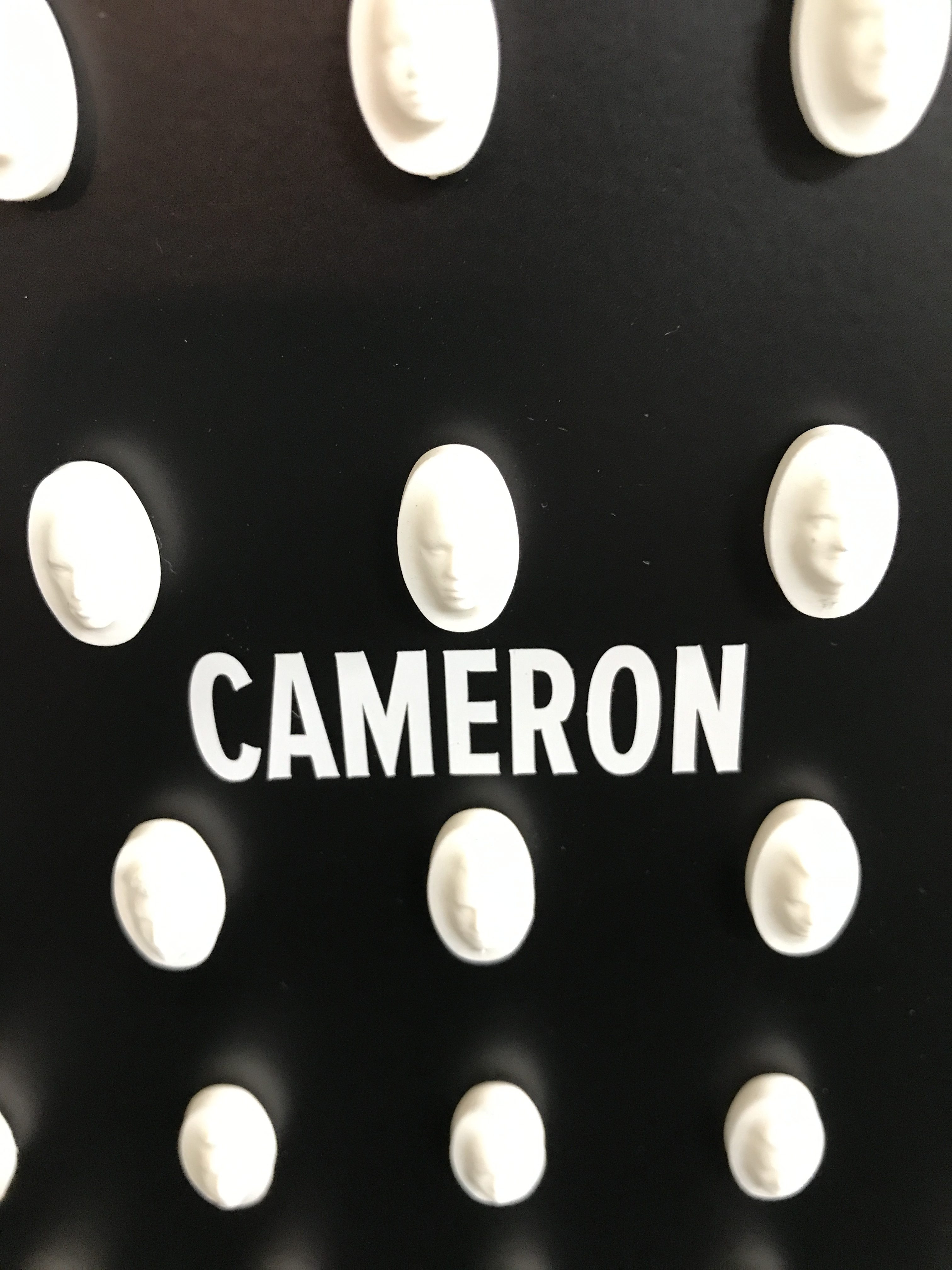 The National Safety Council is the sponsoring organization of Safe Communities America, an international organization that recognizes towns that take exceptional measures to prevent accidents and death. Mt. Lebanon received its accreditation in October 2017.

At a press preview of the event, the crowd learned the facts: That one in four people has either misused opioids or knows someone who has overdosed or died from opioids; that in 2016, 4,600 people in Pennsylvania died from drug overdoses and 85 percent of those deaths  involved opioids; that 33 percent of painkiller users don’t even know they’re taking opioids; that Pennsylvania numbers fourth in the nation in opioid overdose deaths; that deaths in the 18 to 24 age group doubled in 2016.

Deborah A.P. Hersman, president and CEO of the National Safety Council, related the story of her son, who recently had his wisdom teeth removed. When he was finished and Hersman talked to the medical office assistant with discharge instructions, she received four prescriptions for him. She asked the assistant if any of them were opioids and was told no. When she went to the pharmacy to fill the prescriptions, she asked the same thing of the pharmacy assistant, who said “No. I don’t think so.” But the pharmacist said one of the prescriptions was indeed an opioid.

She pleaded with the audience to do two things: Talk with their doctors and pharmacists to know what they are taking and clean out cabinets of unused prescriptions so they don’t fall into the hands of others. (In Mt. Lebanon, we have two drop boxes for unused meds: at the Public Safety Center, 555 Washington Road, and at Medical Rescue Team South Authority headquarters, 311 Cypress Way. Both are open 24 hours a day, every day.)

To assist in the education, the NSC handed out “Warn Me” labels, to be placed on an insurance card or prescription plan card. The sticker signifies that the patient wants to be told if he or she is being given opioids.

Other speakers included Pittsburgh Mayor Bill Peduto; Mark A. Nordenberg, chancellor emeritus of the University of Pittsburgh; Michael Lynch, an emergency room physician and medical director of the Pittsburgh Poison Center, and family members of Greg Lynam, who died of an overdose.

“People are struggling,” Peduto said, noting the stigma around addiction needs to go away. “[Addicts] don’t need the added burden of being outcast. Also, he said, society needs to stop dealing with drug overdose as simply a criminal issue and treat it as a public health issue.

Nordenberg praised the exhibit, quoting one of its walls: “Behind every statistic is a face, a person and a story,” he said. the exhibit  also gives an idea of scope: “You really get a sense with a glance just how huge this problem is,” Nordenberg added.

The exhibit is open from 10 a.m. to 9 p.m. through February 1 and from 10 a.m. to 1 p.m. February 2. Admission is free. Warn Me labels are available online free at www.nsc.org/takeaction. Details: stopeverydaykillers.nsc.org. 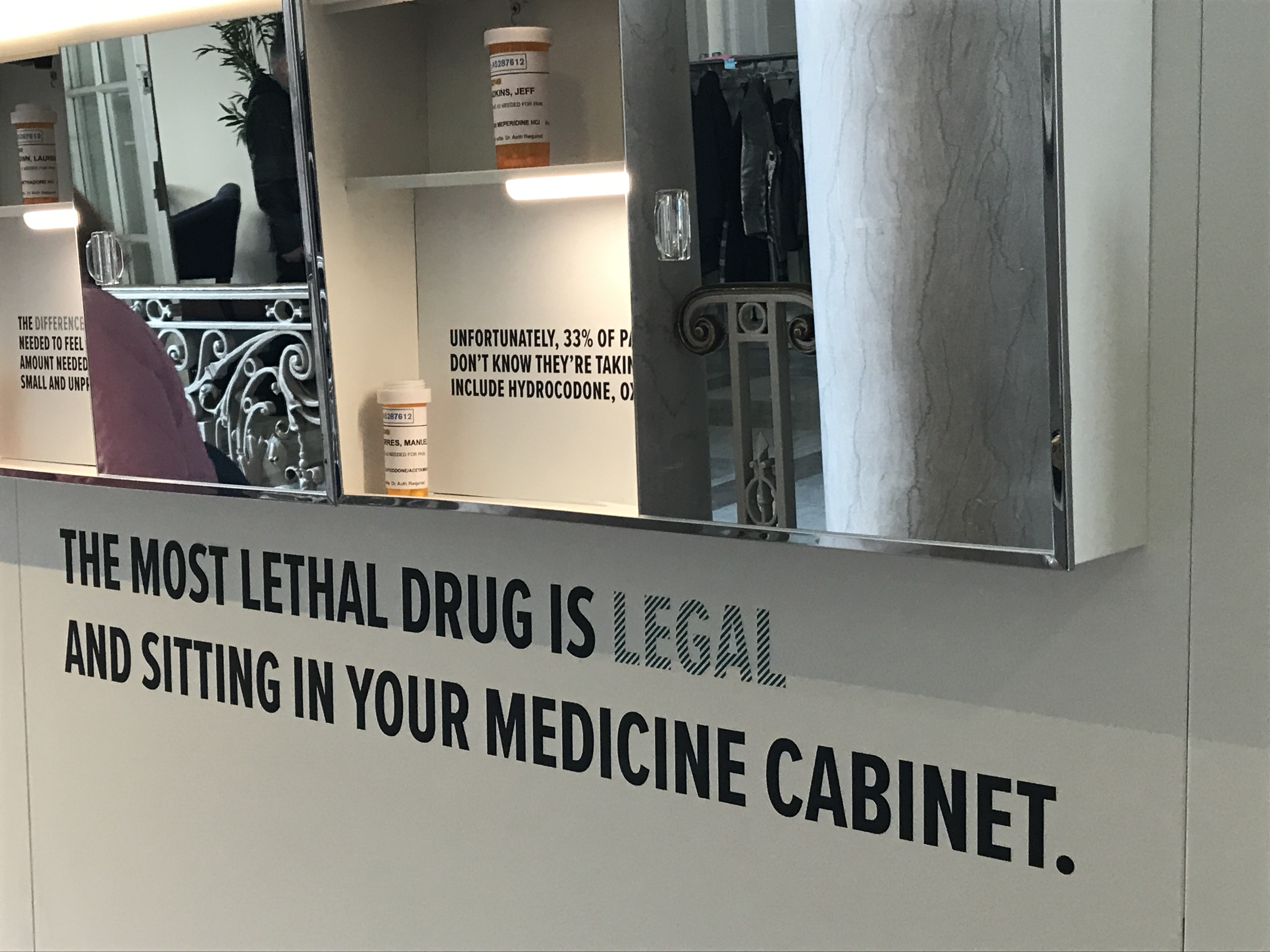