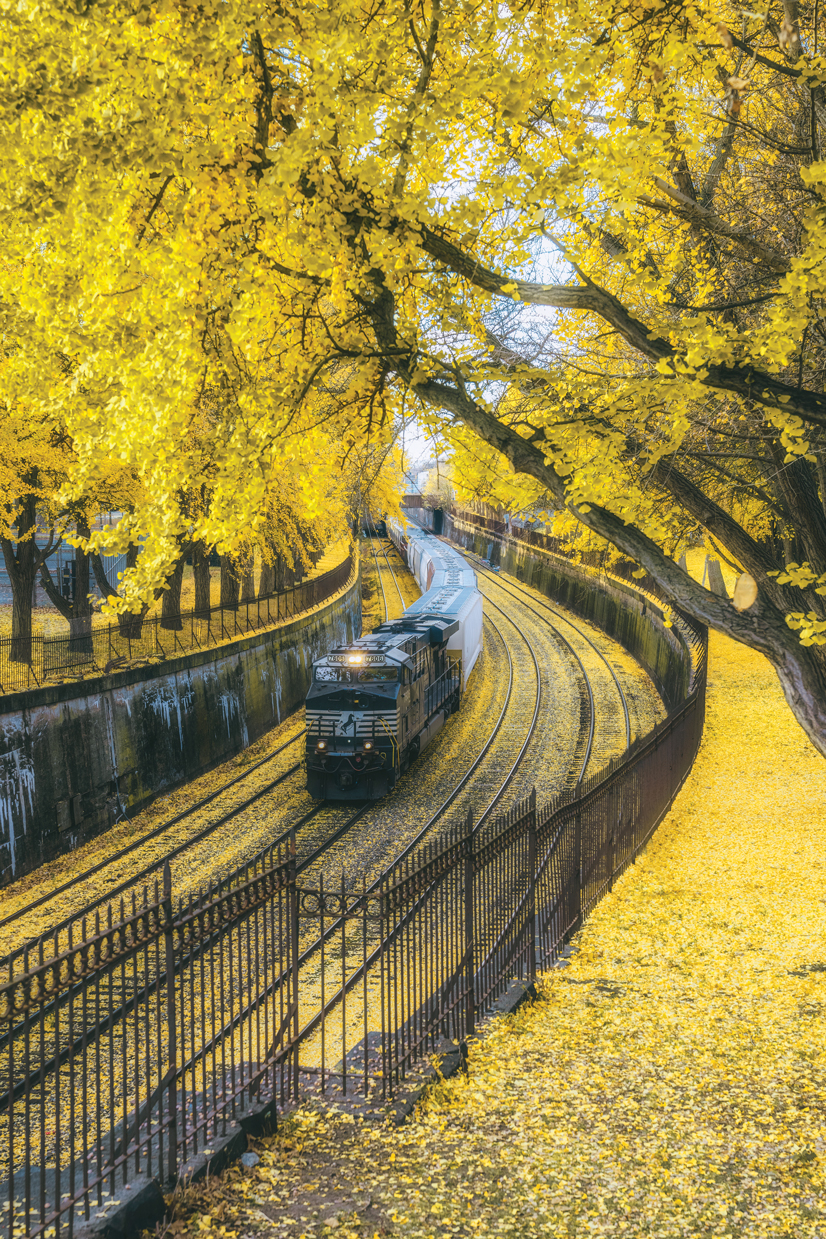 very weekday morning at 4:15, Dave DiCello leaves his wife and kids sleeping in their Folkstone Drive home, gets in his car, and drives to the North Side. There, he runs for five miles, hops back in the car, and goes looking for magic.

He’s better at it than most: DiCello has photographed city sunrises that could bring expats to tears. His portfolio also includes Pittsburgh rainbows, Pittsburgh aerial shots, sunsets, barges and the incline. He has attracted more than 125,000 followers on Facebook, and nearly that many on Twitter and Instagram. He was recently voted best creative photographer by readers of Pittsburgh City Paper.

Growing up in Bethel Park, DiCello used to accompany his dad to Penn State football games, and they’d both take their cameras. He still has pictures of teachers he took in grade school. But photography took a back seat to baseball, Star Wars and video games growing up. It wasn’t really until a few years after graduating from Allegheny College, when he visited the Hartwood Acres holiday light display, that he grabbed his camera again.

Then, as seems to be true with many Pittsburghers, the 2013 visit of the giant rubber duck changed his life. The 40-foot-tall, 30-foot-wide floating installation piece by Dutch artist Florentijn Hofman spent a few weeks here before moving on.

DiCello was there to record its arrival at the Point. Since then, he has homed in on the rivers, the bridges, and the beauty of Pittsburgh that we might otherwise take for granted.

“There’s so much character here,” he notes. “The North Side, the Mexican War Streets are great. Greenfield is great.” 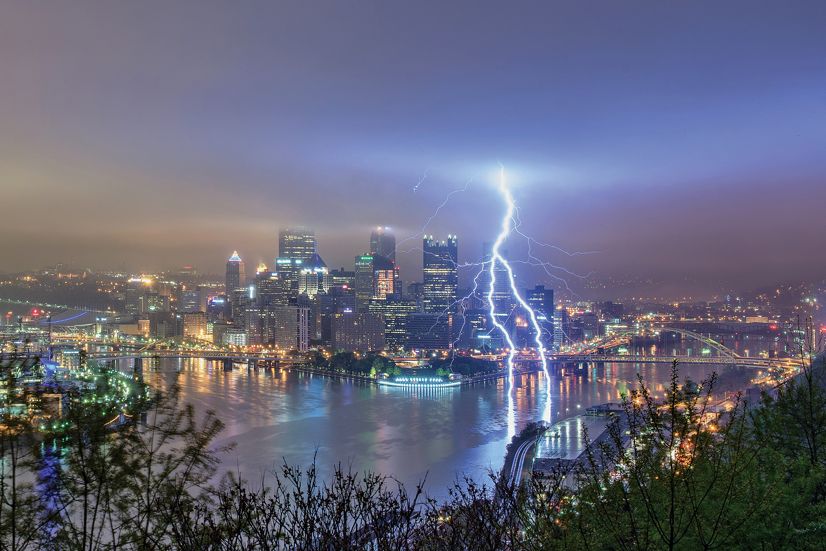 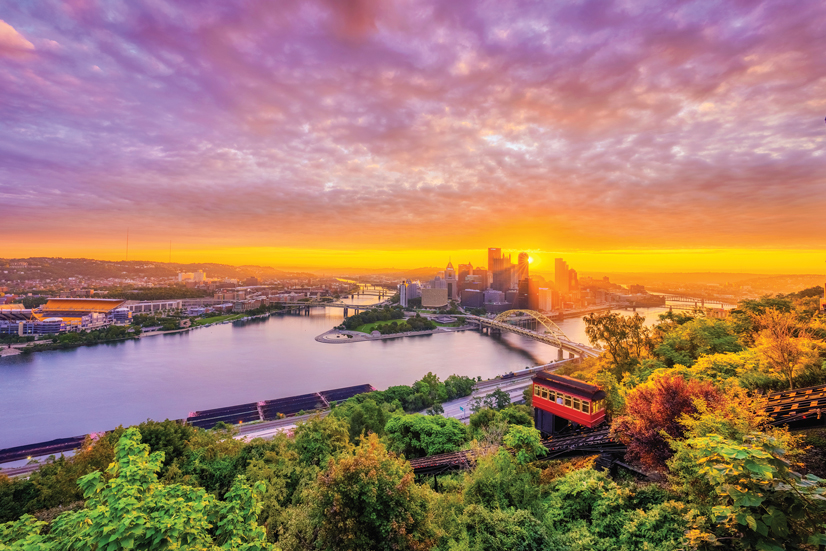 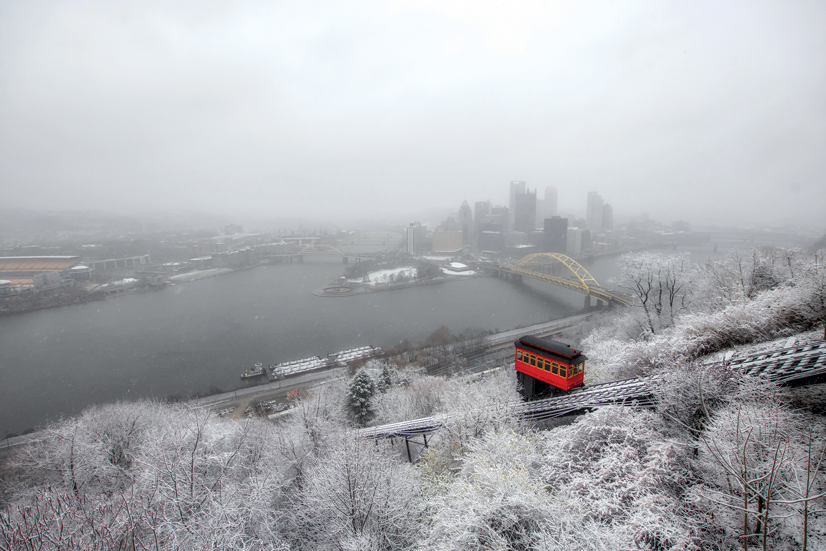 Over the years, and with the birth of his children, DiCello has evolved a weekday routine: after running, and an hour or so of shooting pictures, he heads home to help get his kids off to school. Then he and his wife, Dana, sign into their work-from-home jobs. Dave is a senior financial analyst with Thermo Fisher Scientific. He finds time to post his latest pictures on social media almost every day. After work, he spends time with his family. “Then when the kids go to bed, that’s when I do my custom orders,” he said. 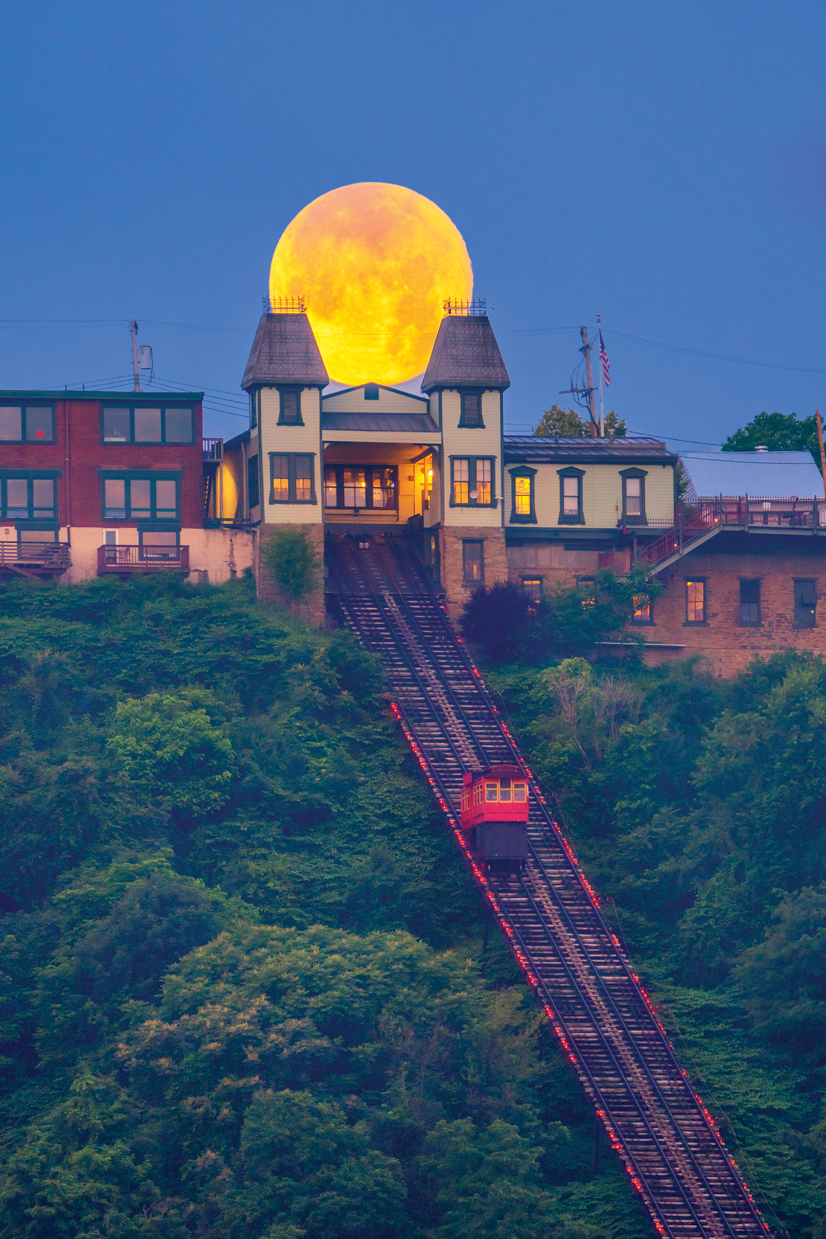 It’s a long day and a short overnight, but DiCello said he wouldn’t change any of it. “I like every part of my day,” he said. “When I’m finished with one thing, I want to go on to the next.”

And as successful as he has become, DiCello doesn’t plan on becoming a full-time photographer anytime soon.

“Not until at least the kids are in college,” he said. “I have a good job for a good company. I really like what I do.”

DiCello has passed down one of his old cameras to his son Declan, a third-grader at Hoover. “Declan says he wants to be a photographer like his dad,” he said proudly. His daughter Delaney, age 4, has shown interest too.

Occasionally DiCello will turn his camera to other subjects. On a trip to Disney World, he took plenty of family photos, but once they got to the Star Wars attractions, “I said ‘We’re doing this now because it’s Star Wars and I just need to do it.’

When budding photographers ask for advice, DiCello recommends starting with a smaller mirrorless camera. Most importantly, he said, “Read the manual. Everything else will follow. And the more you mess up, the more you’ll learn.

“I take pictures for myself,” he said. “I do want people to buy my pictures, but mostly I want them to enjoy my images.” One thing he is proud of, though: his photos are hanging on the walls of The Saloon. 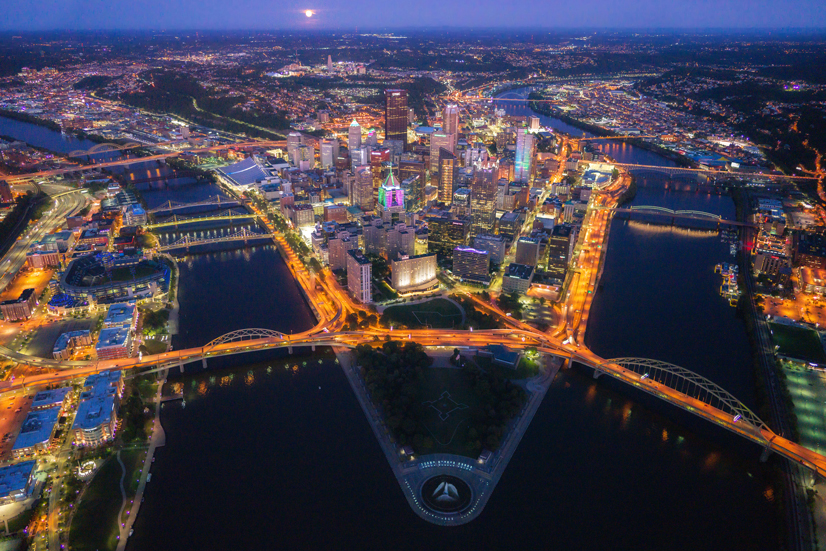 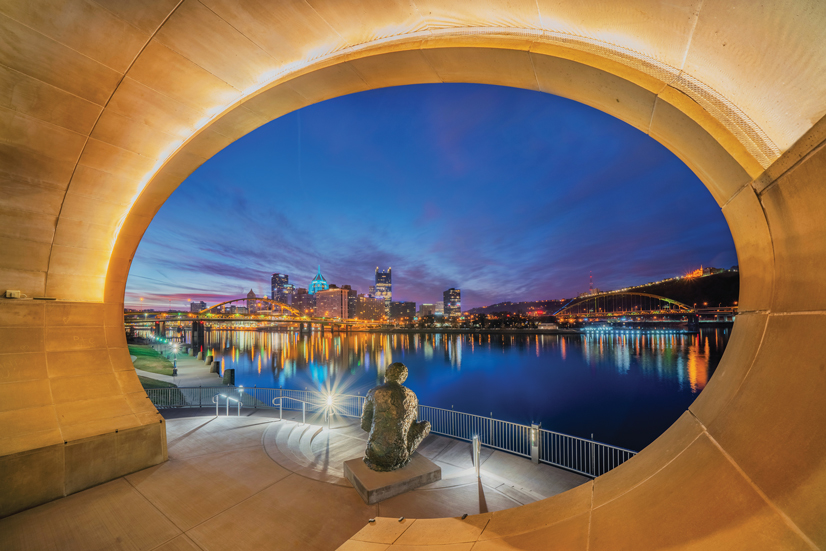 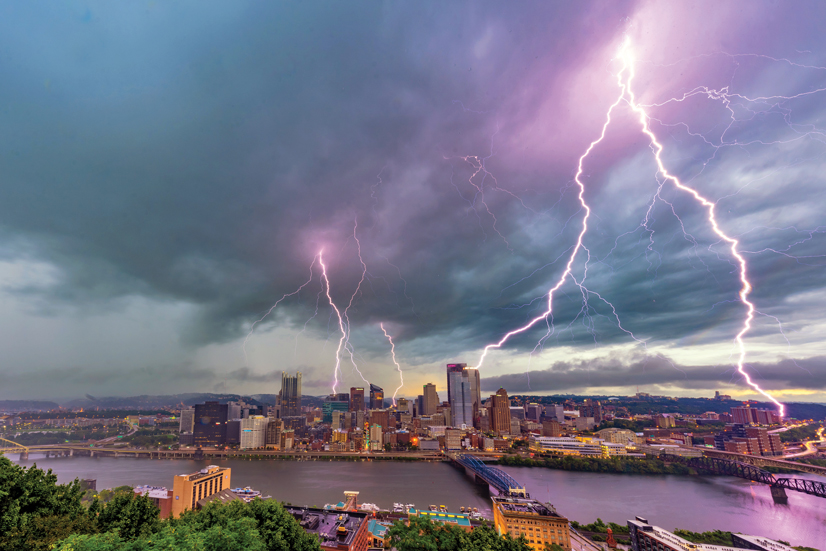 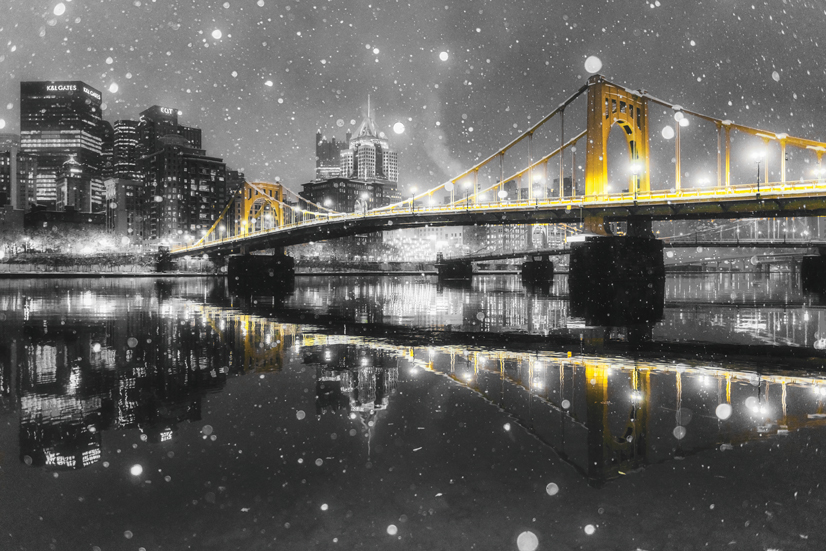 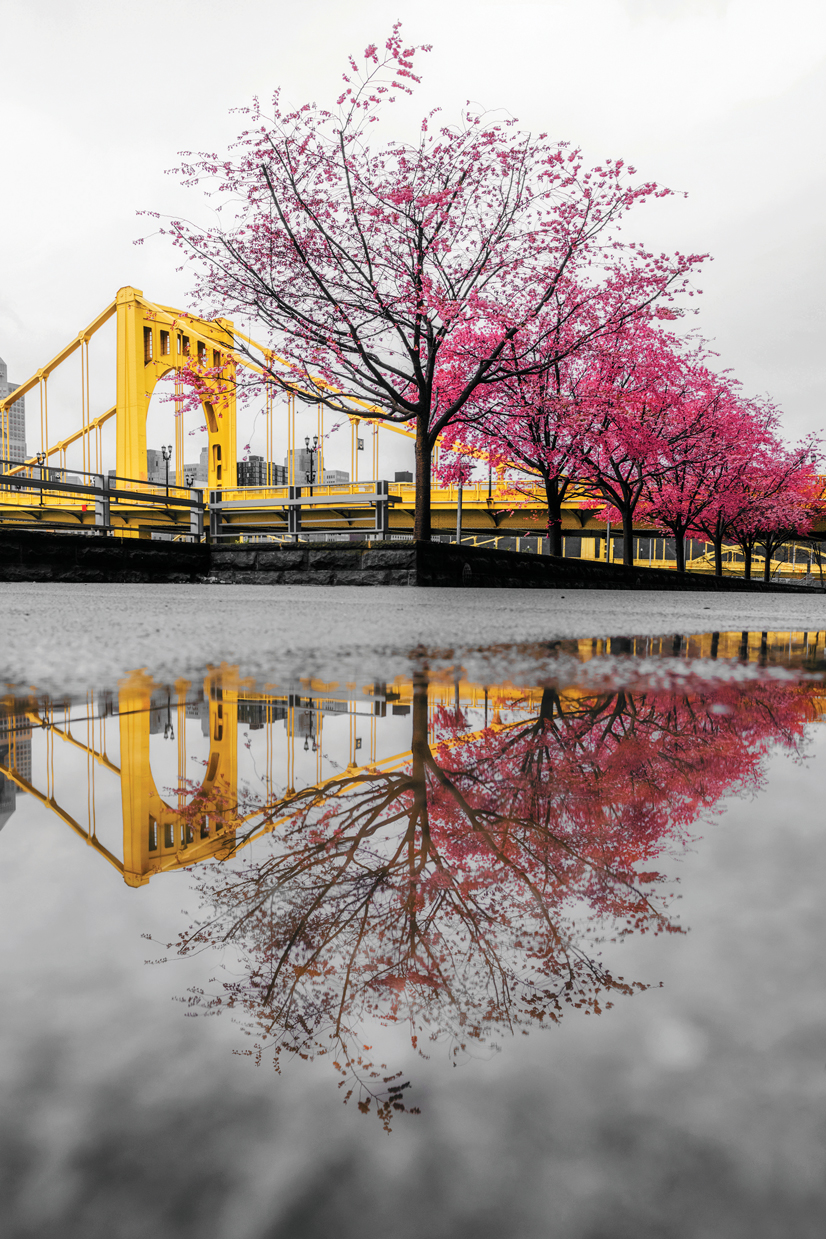 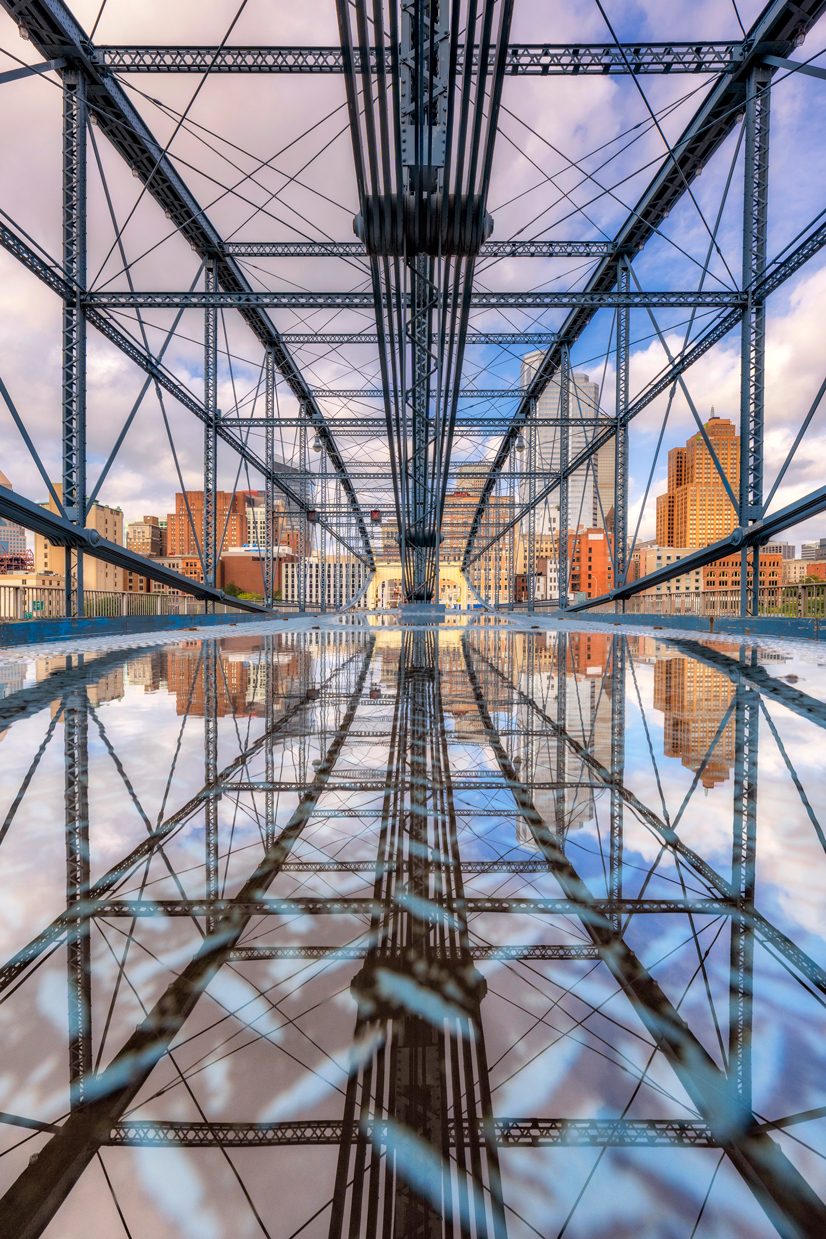