Aimee Girod is passionate about plants. Girod, a Mt. Lebanon nurse, fitness instructor and a plant-based   nutritional counselor with a business called Meatless Mentor, has long understood that making plants a larger part of a healthy diet has good consequences.

Girod was president of the Lincoln School PTA and a member of the district’s wellness committee in 2015 when she suggested that the school district embrace the Meatless Monday concept—offering vegetarian selections to kick off the week—in its elementary cafeterias at lunch. Girod met with Assistant Superintendent for Elementary Education Marybeth Irvin that fall and the food service staff tried a test run in the spring of 2016. The program launched September 1 in all seven elementary schools. Mt. Lebanon is now pioneering the Meatless Monday concept in school cafeterias in the Pittsburgh area, says Christin Bummer of Meatless Monday Pittsburgh, a local group with the goal of bringing meatless options to a larger audience.

Mt. Lebanon already had meatless offerings on its elementary menu every day. It was just a matter of consolidating the selections on Mondays. The concept is explained on the school menus but is not part of the curriculum. Irvin says they haven’t had any complaints from students or parents, especially since diners can select among four choices each week. The food service program, which operates at a break-even point financially, has seen no impact on sales, Irvin says.

Meatless Monday is not a new concept. It was part of consumption reduction efforts during both world wars to redirect needed staples. The formal national campaign was reinvigorated in 2003 when advertising exec and health advocate Sid Lerner teamed with the Johns Hopkins Bloomberg School of Public Health’s Center for a Livable Future, with a goal of preventing illness caused by eating too much meat. For example, the average American eats 75 more pounds of meat each year than previous generations.

While meatless doesn’t necessarily mean healthier—you still have to eat the right balance of good food and ditch the junk—cutting meat even once a week can cut your risk of cancer, cardiovascular disease, diabetes and obesity. That in turn can save money as you have lower medical bills. Grocery bills decrease as fruits, vegetables, grains and beans are generally cheaper than meat.

Girod, who is a LeboLife blogger on our www.lebomag.com, also touts the positive impact on the environment, as growing vegetables uses less water than raising meat, and needs less fossil fuels. The program is now global, in 36 countries. Meatless Monday Pittsburgh is working with large local institutions, such as UPMC and Pittsburgh universities, to further the practice.

“Not eating meat once a week is so easy, and they can just take that back to their parents. That’s a long-term health benefit for them,” Girod says.

Bummer says it’s always difficult to “push up against change,” and budget is usually the first consideration. Large institutions such as school districts start planning first with the menus. Most important, the food needs to be eaten. “I think the biggest challenge is food service directors fearing that it won’t take off. … They can’t afford to have a lot of food waste,” Bummer says. The easiest way to start is to look for things kids already know and love, such as spaghetti with marinara sauce. “It just happens to be meatless,” Bummer says. 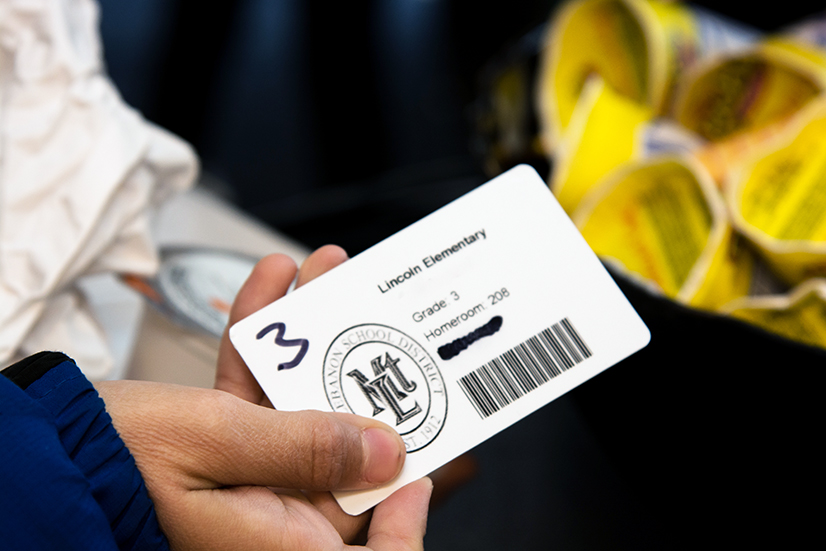 Menu planning can then progress to looking at new recipes, such as filling tacos with lentil-based fillings instead of meat or serving bean burritos, where flavor comes from spices rather than the filling. Additionally, cooking beans might take longer that just opening a packet of pre-packaged, preservative-laden food, so kitchen staffs need to account for that.

But Bummer says it’s worth it. “The closer you are to eating plants, the better you will be.”

Girod, a mother of four, who is married to St. Clair Hospital cardiologist John Girod, was convinced of the science of plant-based eating after reading Joel Fuhrman’s book Eat to Live, followed by checking out several cookbooks and finally by seeing Forks Over Knives, a popular documentary film about the decreasing health of Americans due to the Western diet.

After adopting the new way of eating, Girod was able to stop taking her blood pressure medication, and within three months, her husband no longer needed several of his cholesterol-lowering drugs.

Although she advocates for plant-based foods, she doesn’t insist everyone drop meat and animal products completely right away. Families can add steps wherever they feel appropriate and as gradually as they want.  “It’s not all or nothing,” she says. “It’s small changes that really have a difference long term.”