You’d think busking outside Mineo’s wouldn’t earn guitarist Dan Getkin much cash, but you’d be wrong. Sometimes he’d pull down a sweet $50 for a night’s work, while he was still in high school. But 13 years later, he and his band have bigger goals, after releasing their first album and booking a big concert this month at the South Park Amphitheater.

Getkin, Cedar Boulevard, is the lead vocalist for alternative country band Dan Getkin and the Twelve Six. Getkin graduated from Mt. Lebanon High School in 2004, where he started playing guitar—to the point he would carry it around all day. “I quickly became that guy. I always had my guitar with me,” Getkin says.

After graduation, Getkin attended Allegheny College where he worked at a radio station. He credits the job with giving him his first experiences with all different genres of music. He discovered bands Whiskeytown and Son Volt, latching him onto alternative country music. “You just don’t hear a lot of music like that on the radio these days,” Getkin says. 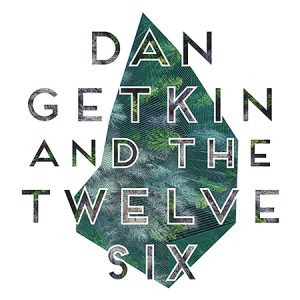 When Getkin returned to Pittsburgh, where he is the senior administrative coordinator for the Robotics Institute at Carnegie Mellon University, the people he played with in high school were gone, so he was in search of new musicians who shared his love of performing. As the band began to form, they went through a lot of drummers until they found Eddie Sparks, who Getkin says is the perfect fit for the alt-country genre. The band also consists of Bill Brandt on guitar, Alex Herd on bass, vocals, guitar, keyboard and percussion and Jake Troxell on piano, Hammond B3 and vocals.

Getkin says that what makes for interesting material is the fact that they all listen to different kinds of music, so they are not all pulling from the same inspirations.

In January, the band released its first full-length, eponymously titled album, after spending nearly two years to perfect it. “I would say it was us trying to finish a project by working really hard but taking a lot of time off, scheduling time around the NHL playoffs, and I’m at the stage of life when you’re invited to 20 weddings per summer,” Getkin says. They are now racing to complete their second album before Getkin’s first child arrives in August.

The band will perform at a 21-and-over show at Cattivo in Lawrenceville on Saturday, July 22 (tickets available on ticketfly.com for $10) and at the South Park Amphitheater in South Park on Friday, July 28, where they will open for local artist JD McPherson. That concert is free and begins at 7:30 p.m. with food trucks and craft brews available for purchase.

“When it’s free, you don’t have to feel guilty inviting people to your shows,” Getkin says. “Especially your mom, who has paid to go to so many shows already.”

Getkin does not see the band venturing much outside of Pittsburgh; he says playing together is somewhere between a hobby and a profession. “It would be fun to play for more people in the Burgh. I don’t think any of us are dreaming of going on a big tour,” Getkin says. “There’s a really cool scene here in Pittsburgh.”