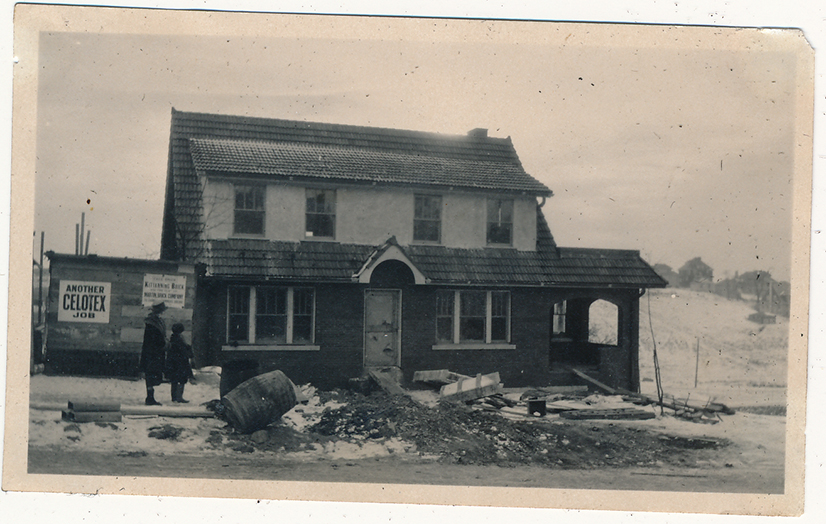 On September 15, 1924, my grandparents, Viers and Ada Edwards, paid $20,000 to build a house on Jefferson Drive in Mission Hills. The Liberty Tunnels opened the same year, and development accelerated in Mt. Lebanon. Advertisements called Mission Hills “out in the open where sunshine and flowers create an atmosphere of wholesome living.” An example of innovative planning, Mission Hills was one of the earliest suburbs to welcome automobiles with gently sloping roads that followed the topography of the land instead of laid out as a steep grid.

Viers, 35, Ada, 32, their 10-year-old son, Fred, and an English Setter, Brownie, moved to Mt. Lebanon from a modest American Foursquare in Brookline. One of the first houses built on Jefferson Drive, the brick and stucco Dutch colonial perched on a treeless lot. Early photos show open fields stretching behind the house to Washington Road.

The Edwards helped design their house and filled it with 1924 amenities. Dark wood paneling accented the stairway to the second floor. Three traditional geometric newel posts at the top of the landing complemented the paneling. The kitchen had a porcelain sink and a diminutive breakfast nook with built-in seats. In the living room, dark wood bookcases flanked the tile fireplace. Reflecting the taste of the time, three Art Deco-style windows cast delicate pastel light. The side porch with wicker furniture was a favorite family gathering space. Large white spirea bushes softened the edges of the dark brick. 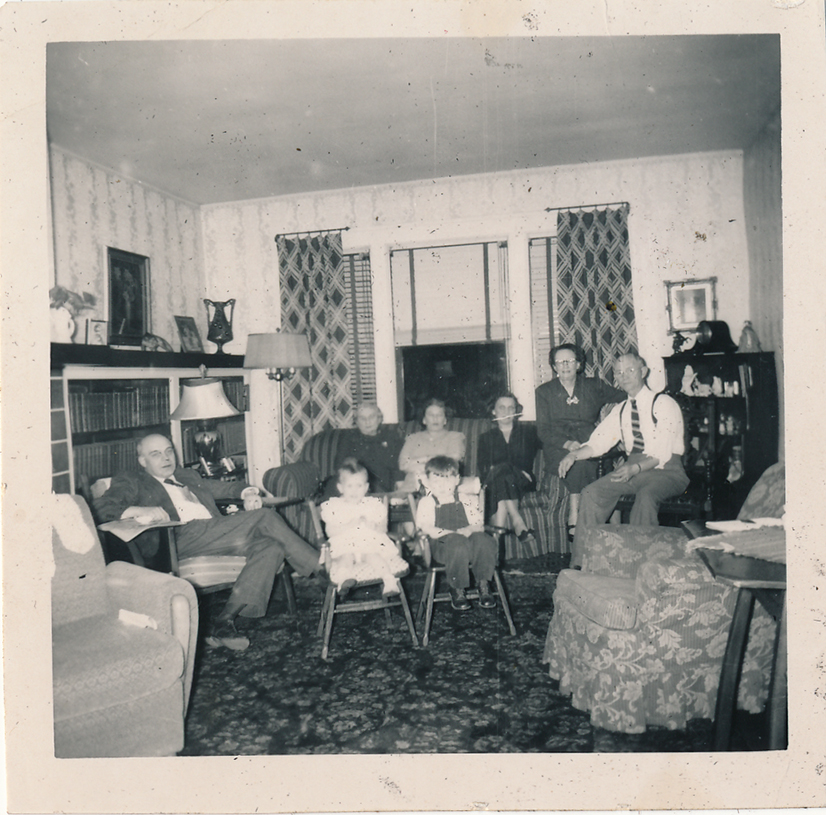 It was my favorite place—and Grandma was my favorite playmate. I loved packing my little red suitcase for sleepovers. Raggedy Andy and my cardboard Betsy McCall would come along. Once a month, when McCall’s magazine arrived, Grandma would cut out the new paper doll clothes on the back page. The designs were advertisements for dress patterns, but for me they were delightful additions to my Betsy’s wardrobe. On summer evenings, we would sit on the porch and play paper doll dress up until dusk deepened and the locusts stopped their chatter.

236 Jefferson Drive was my playhouse.

I remember Ipana toothpaste, orange Lifebuoy soap, fresh asparagus from the patch in the corner of the backyard and the rumble of cars driving on Jefferson Drive’s red bricks. I slept in my father’s childhood bedroom nestled under a slippery red satin comforter. My night light was a delicate cut glass crystal lamp that threw decorative shadows on the ceiling—totally inappropriate for an active small kid. In the morning, I would slip into the tiny breakfast nook and enjoy Grandma’s bacon and eggs.

Jefferson Drive was the gathering place for family holidays and birthdays. Black and white photographs with crinkly edges preserve the smiling faces of uncles, cousins and great aunts posed around the living room in overstuffed chairs and a large sofa looking as if we are waiting for instructions from our unseen leader. 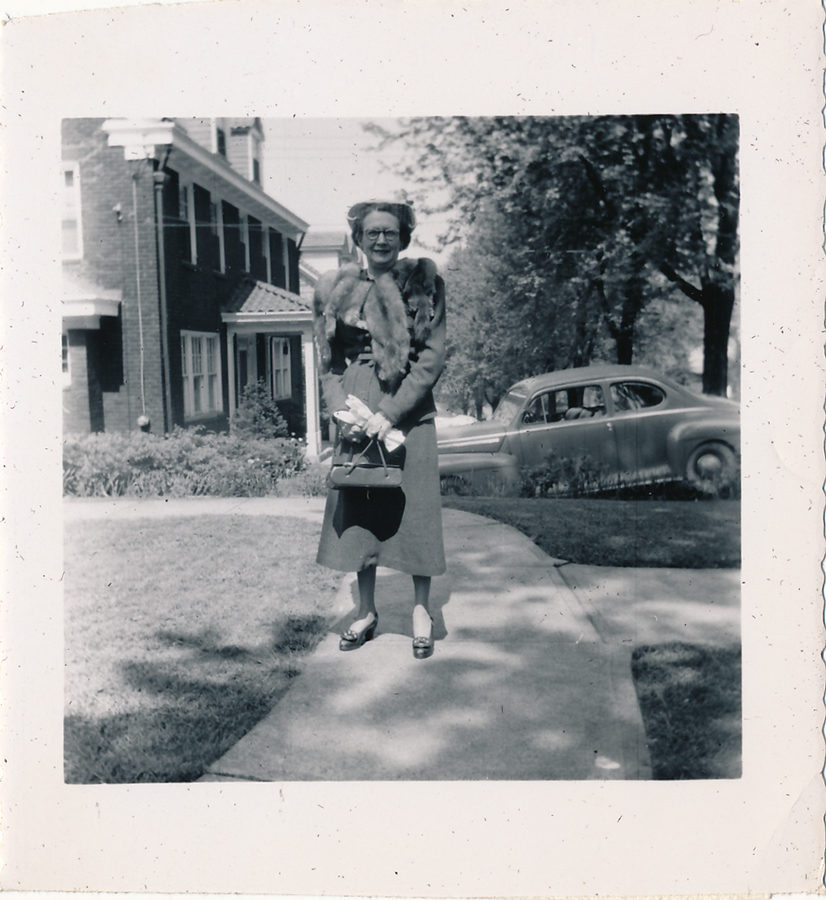 Grandma died in 1963, and my grandfather sold the house in 1966 to Tom and Anne Sloan, who modernized the space to meet their needs. Their family included a son, RT, a daughter, Amy and a Scottie dog, Cutty Sark. They traded the breakfast nook for a first-floor powder room and enclosed the side porch to expand indoor living space. Off the kitchen, a three-season room with louvered windows created more area in the back of the house. For 50 years, 236 Jefferson Drive served the Sloans well.

Since moving back to Mt. Lebanon in 1986, I have passed the house hundreds of times, my memories surprisingly fresh—the large white spirea bushes, the plastic wading pool that delighted the next-door neighbor, Suzanne Zwinggi, and me, my grandmother posing for an Easter photo wearing gloves and a fox stole draped around her shoulders, and the asparagus patch that made my arms itch. While my beloved porch was gone, the 1920s mailbox, light fixtures and front door with three leaded glass windows remained. I suppressed the urge to knock on the door and ask if I could wander through the house.

Then in spring 2016, Geoff Strauch purchased 236 Jefferson Drive from the Sloans. His company, GKI Development, specializes in restoration and preservation of older homes. Mt. Lebanon is a perfect fit for Strauch, who knows how to create spaces that respect the past and serve the present. He invited me to share his vision as he carefully updated  236 Jefferson Drive. In turn, I shared photographs and memories and visited the house as the transformation took place.

My first return visit reassured me that the Sloans had valued the original features of the house. The three art glass windows are intact, as well as the French doors separating the living room and the sun porch. The original dark wood doors and railings remain, as well as the unique linen shelves, and the paneling along the stairway. The new dark hardwood floors throughout the house complement all of rich original woodwork. A nostalgic revelation appeared in one of the bedrooms. Once hidden by crown molding was a 10-inch strip of wallpaper, revealing large pink peonies against a green background. I was jolted back to the 1950s and the memory of playing dress-up in my grandmother’s shoes, prancing around this room surrounded by peonies. 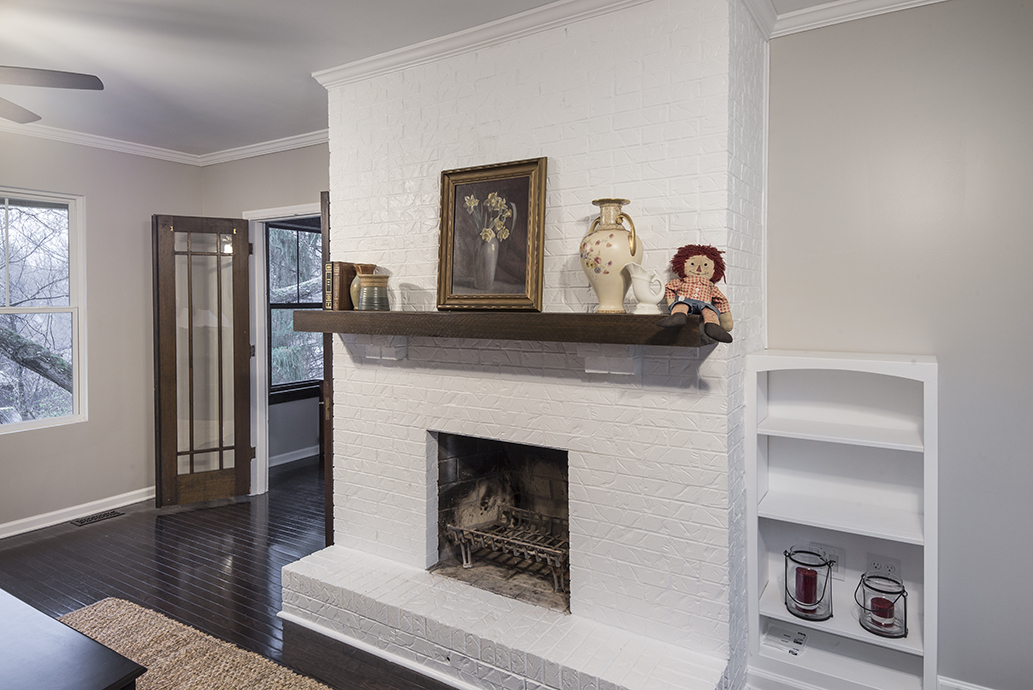 Contemporary taste and needs demand open spaces, movement between rooms, and master bathrooms. Upstairs, Strauch reconfigured rooms, enlarged closets and created new bathrooms by eliminating a sliver of a room that served as my grandma’s sewing den. When I was small, the only alternative to the main bathroom was the Pittsburgh potty in the basement. Slightly creepy then, this area, which also housed my grandma’s monstrous mangle, is now a carpeted living space with a proper powder room. 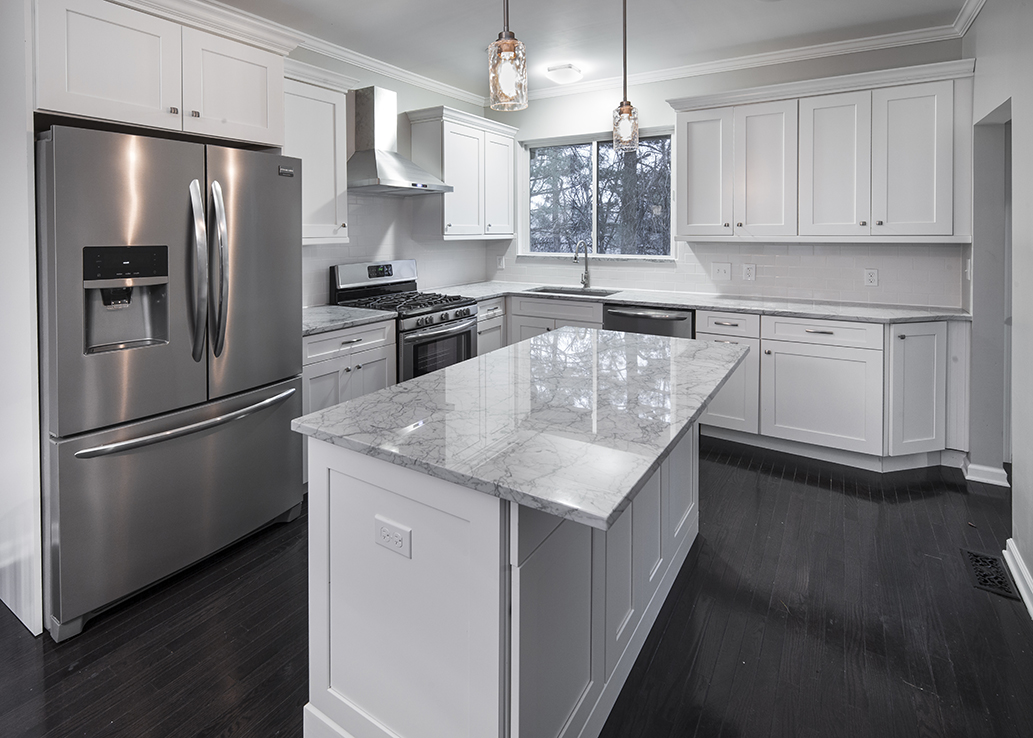 On the first floor, Strauch removed a wall to create a flow between the kitchen and the living room. My grandmother would wonder what happened to the door and wall, but she would love the island, the Carrera marble counter tops and the crisp white cabinets. In Grandma’s day, the kitchen window and sink faced the Zwinggis’ house. Strauch reoriented the sink and window so the view looks over treetops that stretch down to Orchard Drive. To restore outdoor space, he changed the three-season room into a spacious deck.

For me, the most meaningful change was that the side room is once again a porch. The original concrete floor and darkwood door that matches the front door are intact.

Even though my memories are large, not surprisingly, this friendly space is small.

What a lucky house. Over a period of 93 years, this Dutch colonial welcomed and sheltered two families. Although the Sloans made structural changes to accommodate their needs, many of the original details remain. In 2016, the house found a creative friend in Geoff Strauch, who has balanced the past and the present. I hope a new family will build memories in this special place.