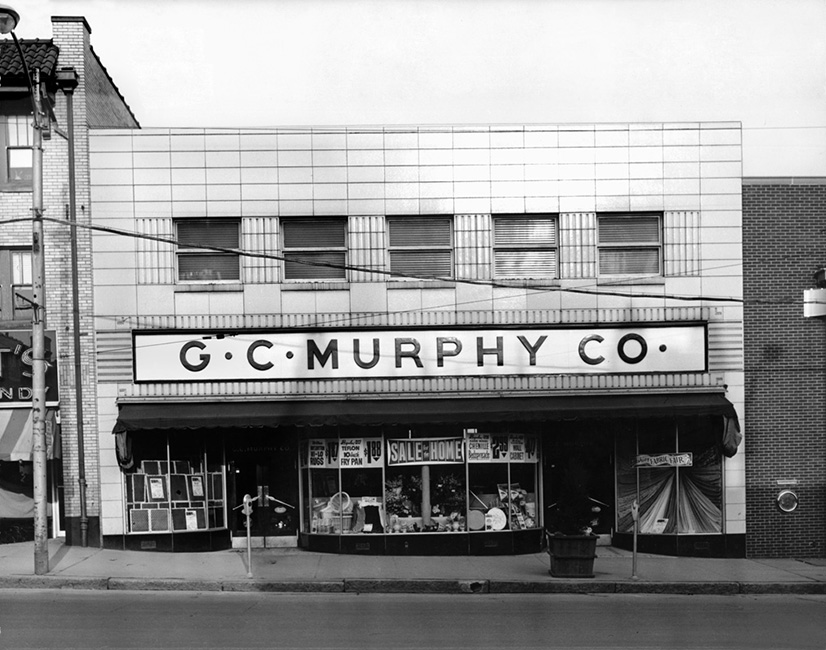 The 1950s, ’60s and ’70s were decades that spanned tremendous change in the United States—and in Mt. Lebanon. For her first of three articles, (December 2016), Gwyn Cready interviewed a group of Providence Point residents who had lived here in the ’50s. They painted a picture of Mt. Lebanon as a growing town on the edge of farmland with no parking meters, no deer problem and an abundance of bobby-soxed high school students. They also recalled that in the ’50s, Mt. Lebanon was almost 100 percent white and mostly Christian.

For this article, Cready wanted to get a feel for the tumultuous changes that occurred during the ’60s, so she interviewed two groups of Mt. Lebanon High School alumni,  a set of six close friends who graduated in 1963—Lee Willis Wilson, Margaret Outen Addis, Judy Olszewski Hulick, Ruth Groff Foltz, Kathy O’Connor Stechschulte, Nancy Coulter Langston—along with late sixties grads Kathy Baum Philson, Rex Bennett, and Donna Smiley Duchene. Here’s what they had to say.

Mt. Lebanon’s business districts were vibrant but changing. Washington and Beverly roads could supply almost all a family’s needs—and more. But the preponderance of cars was already reducing the attraction of small neighborhood stores, and South Hills Village, which opened in 1965, immediately attracted many shoppers eager for larger selections and an indoor shopping experience that included a duck pond and an aviary with an exotic talking bird. Horne’s department store was still an anchor Uptown, providing the South Hills with fine clothing, shoes, housewares, jewelry, and candy, but the end was in sight. In 1974 it moved to South Hills Village.

The Class of 1963 grads were quick to identify  things that made their high school time different from today. “Girls intramural basketball had to be played half-court. We were too fragile to use the whole court,” Foltz said with a laugh. In gym class, the women reported with a groan, they had to wear “horrible” white gym suits that had to be washed and ironed(!) before class and then inspected by the teacher. Showers were mandatory after gym class, and since there were no blow dryers in the locker rooms, they spent most of the school day with limp, wet hair. At night, they put their hair up in small plastic or brush rollers to curl it or wound it around empty orange juice cans to straighten it. They weren’t aware of any drug use at the high school. “You were considered a hood if you smoked cigarettes,” one said, though Foltz admitted that at slumber parties they’d breathe into a paper bag until they fainted and Langston said she once drank so much beer she got sick. After school they would head to Isaly’s or the soda counter at Mandell’s Drug Store on Washington Road, or to Whitman’s 5 & 10 on Beverly Road. Things were (or at least seemed) safer, so kids had longer leashes. “We could go downtown on the trolley (and roam around with friends) from sixth grade on,” reported Addis. As of 1963, Mt. Lebanon High School had never had a woman student council president, and Hulick was the first woman to run for vice president.

The women were aware the world was changing, but the changes seemed to be occurring outside Mt. Lebanon. It wasn’t until they were in college and beyond that they experienced the changing society firsthand. Wilson remembers the keening cry of a next door neighbor in Los Angeles when Robert Kennedy was assassinated. A friend of her sister was killed during the Kent State shootings.

Most of the women attended college and pursued careers—two as teachers. As in the ’50s, women teachers in the early sixties couldn’t be married. By 1967 when Hulick started as a Latin teacher at Mt. Lebanon High School, they could—but the minute they showed any signs of being pregnant, they had to quit. Stechschulte wore white gloves when she interviewed for a teaching job in 1967 so no one could see her engagement ring.

Horizons were broadening in some areas. Temple Emanuel, which was founded in 1951 and built a first floor on Bower Hill Road in 1954, had added a social hall, sanctuary and many new members by 1960. A number of the members of the class of ’63 were Jewish. But the women knew no students who weren’t white. And no one knew anyone who was openly gay.
Stechschulte voiced the most poignant note of regret. “Women weren’t taught to think big about what we could do. My parents encouraged my brother to become a doctor. My grades were much better than his, but they didn’t encourage me to become a doctor.”

Perhaps surprising is that the people interviewed said that in the ’60s, “Nobody went to Steelers games. Pitt football and Duquesne basketball were much more popular.” And, of course, the Pirates, having won the World Series in 1960, were the big game in town.

For the Mt. Lebanon grads from the latter end of the decade, the world was changing, and some changes were hard to ignore.

Bennett, class of ’69, felt the threat of the Vietnam War draft: “I was on the cusp, but I never got a number.” They all knew people who were drafted, served and died. Marine 1st Lt. Thomas A. Bird, a 1960 South Catholic (now Seton LaSalle) grad, was the first serviceman from Mt. Lebanon to lose his life in Vietnam. He was killed when his helicopter was struck by enemy fire and crashed in March, 1966. Bird Park was named in his honor. Bill Morgan, MLHS Class of ’66, lost his life in Vietnam and received the Medal of Honor.  Morgan Drive at the entrance to Mt. Lebanon Park is named for him, and a small memorial across the road from the larger Veterans Memorial honors Morgan and others who gave their lives in that conflict.

Other changes were coming. By the end of the ’60s, the high school had several students who were black and the Asian population in Mt. Lebanon was growing.

Even for the late ’60s subjects, Mt. Lebanon retained many of its Arcadian qualities of the fifties. Duchene remembers “full blown meals every night—and everything homemade. Our mothers didn’t work. They were always around. And everything felt very safe.” As with the high schoolers of the previous decade, music was important.

But it was changing. Doo Wop and sock hops had given way to something new—rock ‘n’ roll, followed soon by the The British Invasion. Philson’s husband, Curt, attended his first concert at the now-gone Civic Arena in 1964—the Beatles: “He said you couldn’t hear a thing over the screaming.” Bennett’s first concert, also at the Civic Arena, was the Rolling Stones, in 1965.

When asked what differences they notice most about their high school years versus their children’s, Philson said, “Clothes! My closet looked so different than my daughter’s. We didn’t have as many choices—or as many colors! And we certainly didn’t own as many clothes.”

But the big changes that were chronicled by the media of the day—hippies, sit-ins, demonstrations—didn’t appear to happen in Mt. Lebanon, even in the late ’60s. (And as far as I can tell as someone who was a Mt. Lebanon teen in the ’70s, it never happened.) Even the rapidly evolving fashions of the late ’60s didn’t reach Mt. Lebanon until after the decade closed.

Philson, who graduated in 1970, said, “I felt like I [graduated] and everything changed. We had to wear skirts and dresses at the high school, never pants, and no one was allowed to wear denim. The year after I graduated, my boyfriend, who was a year younger than me, was wearing bell-bottomed jeans in school.”

Bell-bottoms: Mt. Lebanon’s bow to the changing times. But more than bell-bottoms would come to Mt. Lebanon in the ’70s, and we’ll cover that in our next story.