When we left the ’60s in the most recent article in this series, we were still waiting for social and political upheaval to reach Mt. Lebanon. By the early ’70s, change had arrived. The push and pull that had always existed between generations had become more turbulent. As a ’70s kid in Mt. Lebanon, I can attest that dinner table discussions between my Republican parents and my long-haired, bell-bottomed, pot-smoking older brother were frequently heated and more than occasionally acrimonious.

Teri Coyne, who, like me, graduated from Mt. Lebanon High School in 1979, recalls having parents who were deeply involved in protesting the Vietnam War and working for civil rights during the ’70s. Dale Cable, Rocklynn Place, Mt. Lebanon Class of 1975, said his father, Dale, then  a Mt. Lebanon High School history teacher, made a point of befriending the first black family that moved onto Kenmont Avenue. Times were changing in Mt. Lebanon.

For those of you who attended Mt. Lebanon High School in the last 20 years or have kids who did, it will likely come as a surprise that, right or wrong, Mt. Lebanon High School in the ’70s was a place of nearly unfettered freedom for students. Back then, starting in a student’s junior year, study halls became “free periods,” and if you didn’t have a class, you could leave the campus. I had fourth and fifth periods free one day a week, and I’d walk to my car in the parking lot, drive to Wendy’s, pick up lunch, and eat it at home while I watched Days of Our Lives. No notes. No locked doors. No police intervention. Then I’d head back, re-entering the building at the door near the main gym (though I had my choice of doors since all were unlocked), and race up the stairs to reach Mr. Harry McCann’s room before English class began.

Coyne remembers the eccentricities of the high school’s “modular” system of the ’70s, in which, instead of periods, a high school student’s day was divided into “mods.” “First period was ‘Mods 1-4’. Second period was ‘5-8’ and so on. And there was one class that always met ‘on the diagonal’—that’s what they called it—first period on Day 1, second period on Day 2, et cetera. We never understood the goal of the mods system, and I think it disappeared right after we graduated.”

Cable recalls that the school opened up an outdoor smoking area for students sometime in the early ’70s in an effort to keep them from smoking in the restrooms. It was common throughout the ’70s to see a score of kids in winter coats puffing away in the designated courtyard as you made your way to an arts class or a Little Theater performance in the newly built wing. And it didn’t take a particularly refined sense of smell to figure out that not everyone was smoking tobacco.

The changes in the high school were reflected in the community as well. I talked to Tim Johnson, Class of 1977, who spoke to me from Jacksonville, Florida. Johnson’s parents moved him and his younger sister from the city of Pittsburgh to Mt. Lebanon when he was in junior high for the top-rated schools. Tim objected at first, but grew to love his new home. By his senior year, he was popular enough to be voted class president. Not really an example of change? It is once you know that Johnson is black.

“I never faced any real racial issues in Mt. Lebanon,” Johnson said. “The kids in junior high could sometimes say stupid things, but they were just saying what they heard or doing something for the shock value. That is what kids in junior high do.”  Once when he was working as a dishwasher at the Red Bull Inn in Dormont, one of his white co-workers insisted the kitchen crew sing Negro spirituals while they worked. But that was the only incident he faced, and 13 years later, when he and his wife were moving back to Pittsburgh after a decade in Detroit, they chose Mt. Lebanon as the place to raise their family. “It felt as comfortable as an old shoe,” says Johnson, who worked in administration for Allegheny County for many years and now is a pension plan executive in Jacksonville, Florida.

In addition to the new arts wing of the high school, which, along with the six-floor classroom addition, opened in 1972, the ’70s also brought an indoor ice rink to Mt. Lebanon in 1977. Perhaps more famously, AstroTurf came to the football field in 1974, making Mt. Lebanon one of the few high schools in the country to have it, a situation that added to our reputation as a privileged place to live and gave other communities and visiting teams ammunition for making jokes at our expense.

One of the pleasures of writing this article was being able to hold a mini-reunion with friends from my class including Coyne (who participated via FaceTime from her home in New York), Robert “C.T.” Steele of Shadyside, and Jean Sinnott McCloskey of Dormont. Steele fondly remembered one popular outlet for us at the time: heading down to the Kings Court Theater in Oakland on Saturday nights to see the midnight showing of the Rocky Horror Picture Show and participating in the wiener and toilet paper shenanigans that took place during the movie. “A friend of ours dressed up as Frank N. Furter and led the crowd through the songs.

Sixteen years old, driving to Oakland to see an R-rated movie about a cross-dressing mad scientist, and getting home at 2:30 in the morning. I’m sure no parent would allow it today.”

McCloskey worked part-time at Friendly’s on Cochran Road, when the East Coast-based chain had restaurants in Pittsburgh. “I had a blue and white checked dress uniform with a ruffle. I hated it,” she says. But lots of kids liked to hang out there, eating french fries and drinking Friendly’s famous “Fribble” milkshakes.

We remembered Century III Mall opening and being the hot new place to shop. We shared fond memories of eating club sandwiches, pecan balls and clown cones at the Tic-Toc Room restaurant in Kaufmann’s department store in downtown Pittsburgh back when Kaufmann’s still existed and the South Hills location was in the building that now houses The Galleria. We remembered shopping for records at National Record Mart and shoes at Pic-Way Shoe Mart. We remembered taking typing classes. We remembered the popularity of Dorothy Hamill’s wedge cut. We remembered the music—Billy Joel, the Bee Gees, Donna Summer’s “Last Dance.” But most of all we remember the clothes! Knickers, gauchos, palazzo pants, elephant bells, navy blue and green plaid cuffed pants with two-inch heels—and that last combo was Steele’s! 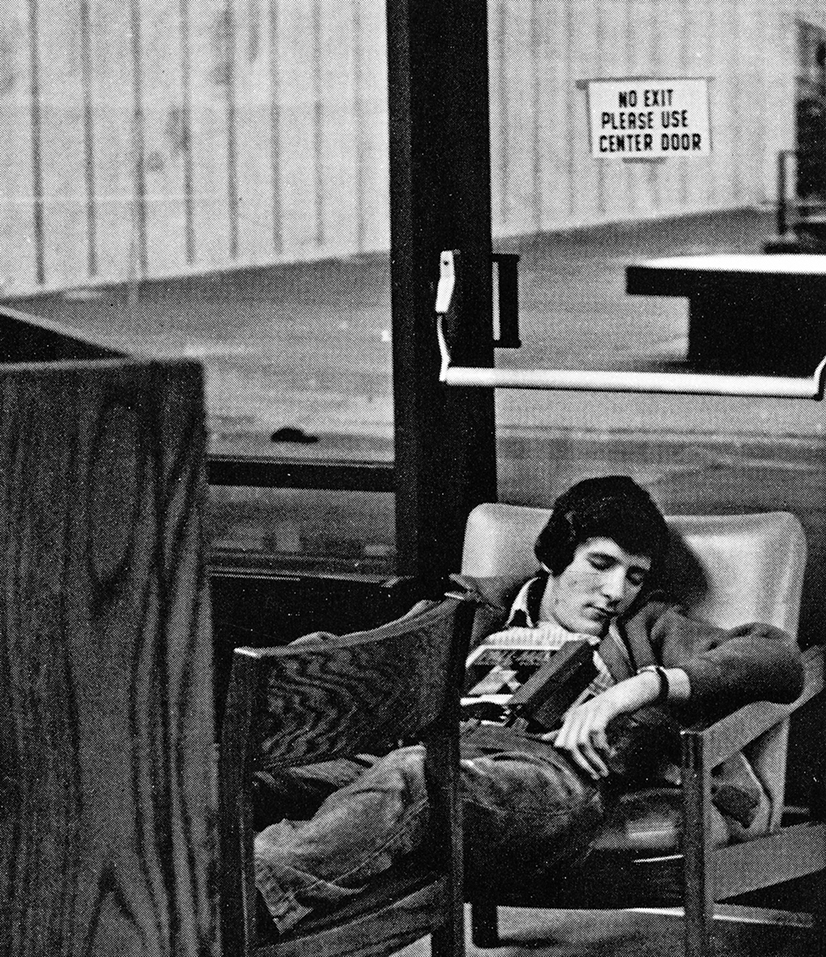 Cable remembers swimming in Cedar Lake—“There’s a mine shaft at the bottom, and a scuba diver once measured the depth at thirty-five feet”—and sneaking into drive-in movies, when there were at least a dozen still operating in the Pittsburgh area. “One kid would drive in and pay. Eight or 10 of us would sneak in through the fence and join him.”

Johnson remembers hanging out with his friends at the McDonald’s on Mt. Lebanon Boulevard and in Mt. Lebanon Park.

We had friends of different cultures and religions, and though we didn’t know of any gay classmates then, we know of—and cherish—quite a few now. 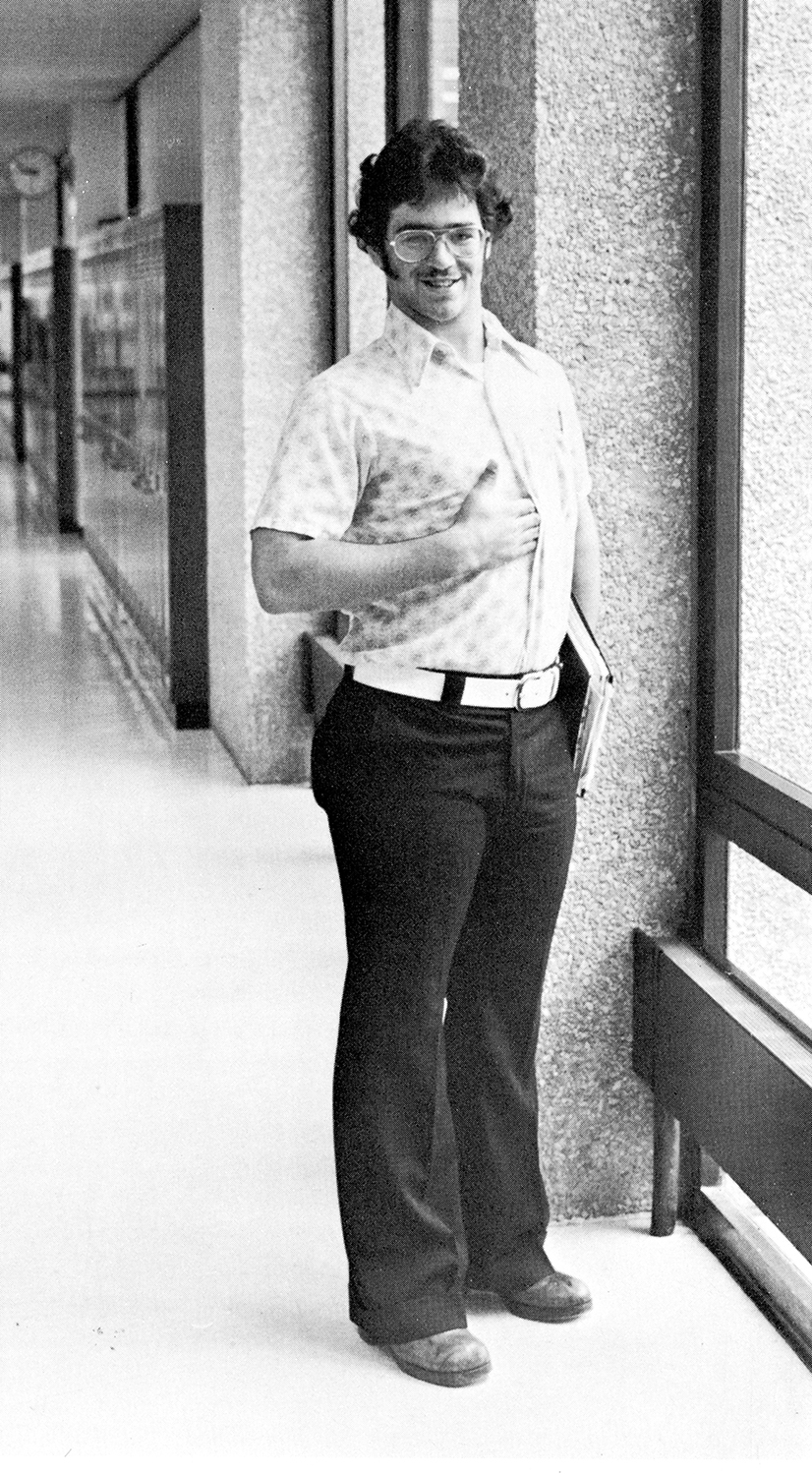 Everyone I talked to remembers perhaps the worst tragedy in Mt. Lebanon history—the head-on crash on Bower Hill Road that killed four members of the Class of 1977 and injured five other people a few minutes before midnight on New Year’s Eve, 1977.

“It was shocking,” Johnson said. “When you’re a kid, you don’t think anything like that is ever going to happen to you.” Cable, who knows some of the people connected to the accident, said that even 40 years later they still feel the impact of that night. 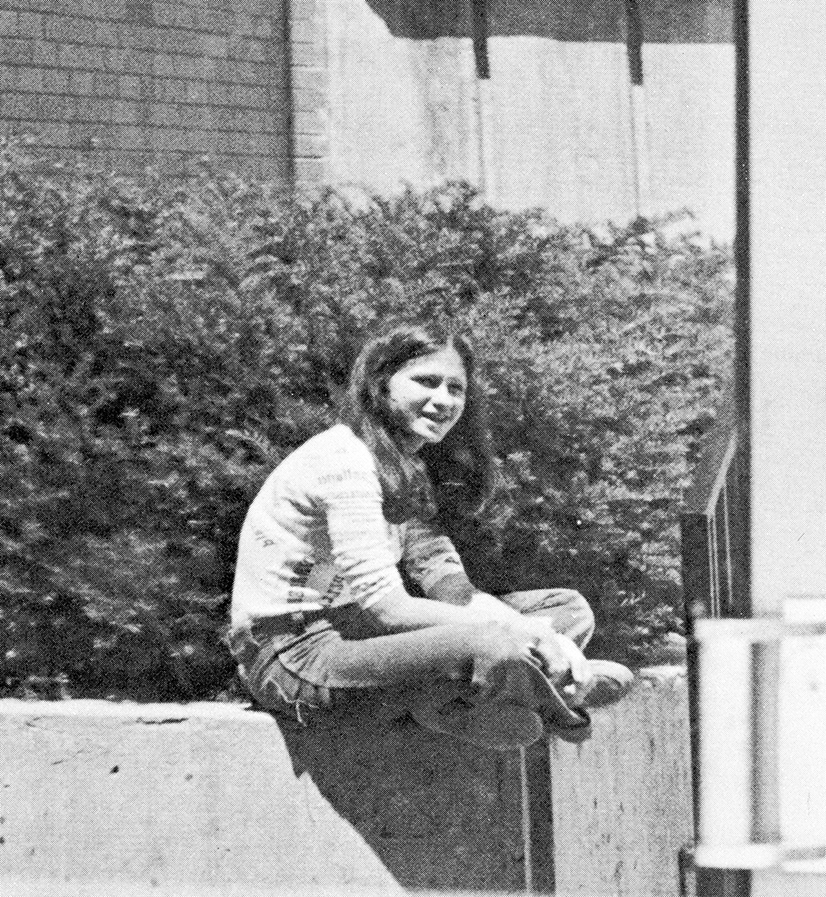 Tragedy, joy, tradition and change—the things that bind a community together. We saw a lot over the decades covered in this series, and the people who live in Mt. Lebanon will continue to put their unique stamp on the decades that are evolving Mt. Lebanon’s character and history into the 21st century.