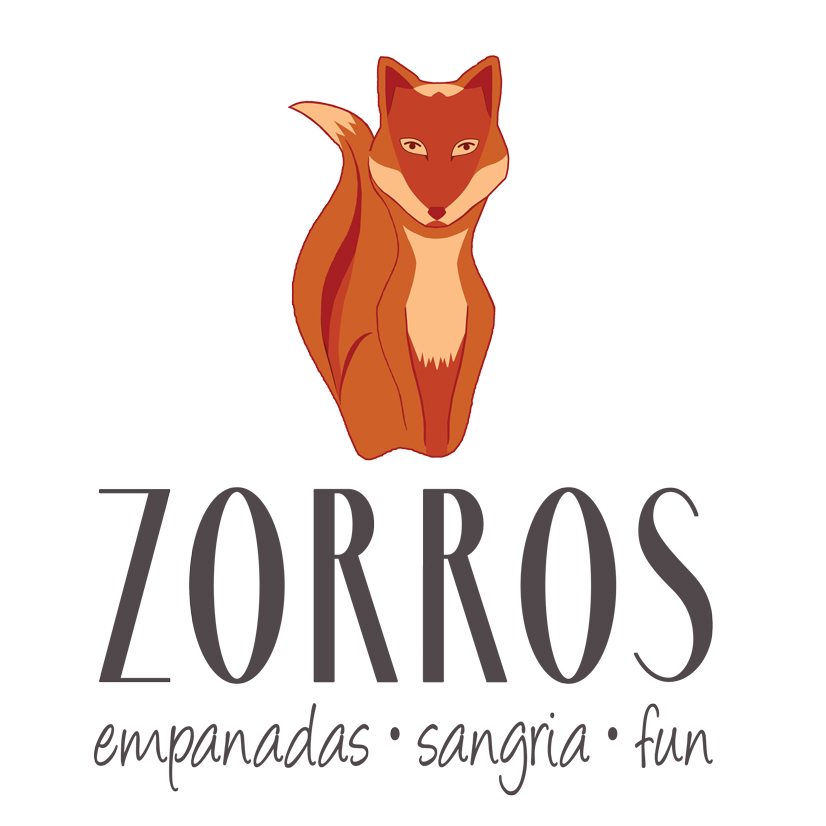 CARIBBEAN COMES TO TOWN Zorro is not just the name of a dashing masked vigilante famously portrayed by Antonio Banderas in the 1998 film The Mask of Zorro—it’s also Spanish for “fox.” So when Samantha and Jesse Fox were trying to name their new Dominican restaurant, scheduled to open this summer in the space formerly occupied by Jose and Tony’s at 1573 McFarland Road, Zorros seemed like the perfect fit.

“Everyone will think of him—Antonio Banderas in the mask, which is not a bad thing,” says Samantha with a laugh. “The name needed to be catchy because there is nothing like it in the area.”

Samantha and Jessie and their daughters, Maya, 11, and Adeline, 3, moved to Pittsburgh from Arkansas last summer. Samantha, who is now a regional sales manager at Highland Tank and Manufacturing, had an opportunity to move here for a previous employer. Jesse, who has spent his entire career in hospitality and food service, most recently as a district manager of a southern market chain formerly called White Oak, saw the move as an opportunity to advance his career as well.

“I’ve opened bars and restaurants in many places, but always for other people,” says Jesse. “[Zorros] will be the first time we have opened one on our own.”

The Foxes, who are settling in to their new home on Linda Lane, first met when Samantha was in Arkansas, where Jesse was born and raised. Samantha’s parents moved to the United States from the Dominican Republic. She was born in Providence, Rhode Island, but has lived in many places.

“The food that I grew up with is such a huge part of who I am,” says Samantha. “I was cooking dinner for my sister and myself at the age of 12 … No matter how Americanized I get, [Dominican] food is my instant connection to my roots. It’s a very big part of the culture.”

Samantha fondly recalls the time she spent in the kitchen as a child, learning how to cook from her mother and grandma, who she calls “Guelita” (she says that doesn’t translate properly from Spanish, but it’s what she has always called her). “There would be music on in the background, kids playing, and we would just cook for hours,” says Samantha. “The recipes I grew up cooking were Guelita’s. The food always has so much flavor—even just rice and chicken. It’s unlike anything I have ever had anywhere else. I always thought it was phenomenal, but I assumed it was because of my biased opinion.”

“It’s really that good,” says Jesse, who remembers one of their first dates, when Samantha had him over for dinner and, as a picky eater, he was expecting to have to pretend to enjoy her Spanish chicken. “[Dominican food] is very unique, but I was hooked from that first meal she cooked me.”

Now, they are preparing to open Zorros, where they will share Guelita’s recipes with the Mt. Lebanon community. In addition to many phone calls and Facetime sessions with Guelita and Samantha’s mother, Tania, to ensure their food preparation is up to snuff, the Foxes have also tasked Guelita with writing all of her recipes down in Spanish, so that they can incorporate them into the décor of the restaurant.

“The space is going to have a completely different feel [from Jose and Tony’s]. We’re getting new floors, painting and getting all new fixtures. The goal is to have a modern, yet traditional feel,” says Samantha, who also noted that they basically gutted and rebuilt the kitchen.

Other things will remain unchanged, such as the staff, most of whom decided to stay when the Foxes took ownership of the space. Former patrons will also be happy to find the Jose and Tony’s margarita will be a featured item on the cocktail menu.

“We’re not only opening our first business, but the business we are purchasing has been around for 51 years—they opened back when Mexican places were basically radical. We want to pull on the same strings they did for so many years to bring something that’s really unknown into this area,” says Jesse.

The “unknowns” he is referring to are menu items such as bacalao (salted cod), tostones (double-fried plantain chips), sancocho (Spanish stew), moro (traditional side dish of yellow rice and red beans) and bistec encebollado (steak and onions). The menu includes traditional Dominican recipes and Venezuelan, Cuban and Caribbean dishes.

“Some things will be more familiar, and even if they don’t sound familiar, people will recognize them,” says Samantha. “Like the pepito [steak] sandwich. It’s Venezuelan, but it’s got fries on it! So it’s also very Pittsburgh.”

People can also order from the empanada menu, which, at the time that this went to print, featured five different types of empanada. Zorros will also have a kid’s menu and a drinks menu, featuring a full bar, wine, sangrias and cocktails. People will recognize many of the cocktails, like mojitos or Manhattans, but they can also try traditional Dominican drinks, such as caipirissima (rum drink in two flavors), or possibly even mamajuana (a very strong drink Samantha equates to absinthe, though they were still debating whether or not the Mt. Lebanon public could handle it at press time).

“It will be a place for everyone and everything,” says Samantha. “Business meetings, date nights or just to go on your own and have a great cocktail and an empanada at the bar. I will be there with my two girls, enjoying the same food. It won’t just be for one group or another—we want Zorros to be the new go-to spot for everyone in the neighborhood.”

HERE COMES THE BRIDE The silk, satin, lace and sequins are soon to be back on Washington Road, as Greg Cherico, Park Entrance Drive, moves his bridal salon, Anne Gregory For The Bride, back to Mt. Lebanon, 733 Washington Road.

Anne Gregory opened on Washington Road in 1998, but moved to Dormont 12 years later when it outgrew its space. “I just really want to be back,” Cherico says. “Mt. Lebanon is my home.”

Brides will find a luxurious and comfortable salon when it opens later this summer, with chic and minimal design, including meaningful antiquities. “The millennials will love it,” Cherico says.

But in a change from its last Mt. Lebanon iteration, Anne Gregory will carry cocktail dresses and formalwear in addition to bridal couture and gowns for the wedding mothers.

Debs will also find a huge selection of gowns for the Cinderella ball.

Anne Gregory features expert service, including in-house alterations. The salon itself is on street level but the alteration boutique is on the third floor so brides can have private fittings of their own. The main salon, which was gutted and completely redesigned from the space’s last tenant, will feature plenty of dressing rooms.

When the news broke on Mt. Lebanon Magazine’s Facebook feed, the results were immediate and positive. “Just in time! The only thing I’ve ever dreamed of is wearing an Anne Gregory dress down the aisle! The most stunning, classy gowns ever!” said Heather Fenk.

For pictures and a list of designers, go to www.annegregorybrides.com or check out the Facebook and Instagram feeds. The salon is open Tuesday through Saturday, including Thursday evenings, and brides must have an appointment. Call 412-531-3160 to book.