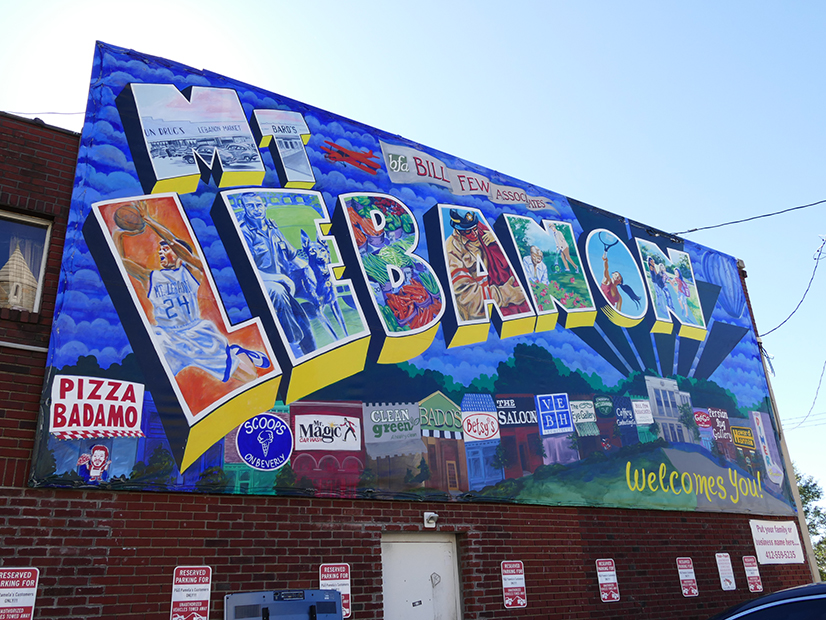 Shortly before retiring as a nurse at the Westchester, New York,  Medical Center in 2014, Linda Petrilli narrowed her choices for a new hometown to Asheville, North Carolina, Charlottesville, Virginia, Portland Maine—and Pittsburgh. On paper, she liked Pittsburgh’s size and cultural scene.

She knew no one here.

Her research led her to impressive websites—Mt. Lebanon Public Library and Mt. Lebanon Newcomers. A single visit convinced her that Pittsburgh truly is “someplace special.” She chose Mt. Lebanon because “I was looking for a vibrant community, an active library and a garden,” Petrelli says.

Two weeks after opening the front door to her new home on Woodhaven Drive in 2015, Petrilli brought a salad to a Newcomers Club potluck luncheon hosted by Laura Teufel. Eight women welcomed her, sharing their own new-to-town experiences.

Since 1942, this club, now called Newcomers and Neighbors, has been making people feel at home in Mt. Lebanon and Pittsburgh.

In 1942, the movie Casablanca, Capitol Records, The National Association of Home Builders and the Mt. Lebanon Newcomers Club all came to life. It was a tumultuous year that followed the December 7, 1941, bombing of Pearl Harbor, mobilizing America and launching a World War. That year, American Industry began to produce weapons of war, the minimum draft age was lowered from 21 to 18, war bonds raised 13 billion dollars, and the Mt. Lebanon Newcomers Club reached out to an influx of new residents.

In 2017, a very different but still tumultuous time, the Newcomers Club is celebrating its 75th anniversary.

Mt. Lebanon was founded in 1912 but did not see huge growth until the Liberty Tubes opened in 1924. By 1942, the community had grown steadily as families, many of them from the city, embraced our early automobile suburb’s larger lots, houses with garages, winding roads with park-like vistas, public transportation, good schools, library, parks, recreational amenities and civic organizations.

So, in March, 1942, just months before Ingrid Bergman stared into Humphrey Bogart’s eyes, the Newcomers’ Club was founded here, making it easier for new women residents to make friends and enjoy what Mt. Lebanon offered. The by-laws for the all-women group stated: “The object of this organization shall be the development of fellowship and acquaintance among new residents and their assimilation into the civic and social activities of their new community.”  The club grew quickly, and by October 1942, membership had grown from an initial 26 to 200 with a cap set at 300.

Making friends and enjoying social activities was a focus, but community service also was important from the start.  When gas rationing began in August 1942, the new club jumped into the war effort, partially manning Rationing Board No. 21, which was located in Mt. Lebanon. Social consciousness also motivated the Newcomers to raise money for the American Flying Service Foundation, a World War II organization that sponsored projects to rehabilitate men previously rejected for flight training because of slight physical disabilities. And they helped raised funds for Youth Recreation Center—dubbed “The Rec,” which was located above the swimming pool in Mt. Lebanon Park that had been built as a Works Progress Administration project in 1930.

Moving into the ’50s, both Mt. Lebanon and the Newcomers thrived. Club yearbooks present a nostalgic look at the post-war era, as soldiers returned, married, bought homes and raised families. Newcomers’ social gatherings included dancing, dining, lectures and fashion shows. In fall 1958, members and their spouses danced at the Totem Pole Lodge in South Park, and they continued dancing for the holidays downtown at The Penn Sheraton Hotel (William Penn).  Members met monthly at The Woman’s Club of Mt. Lebanon, located in the large red brick building, now a private home, at the bend on Hollycrest Drive.  Program topics ranged from “Current Trends in Writing” to “Drying and Arranging Flowers and Gardening” to a 1958 fashion show put on by the high-end Washington Road women’s clothing store Strut’ n Stroll, with commentary by local media personality Eleanor Schano.

Newcomers continued to dance and dine throughout the ’60s, ’70s and ’80s. Unfortunately, no matter how much fun they had, the women could only belong to the club for a short time. Every May, the Newcomers’ Chorus sang, and the club “graduated” all the women who had been part of the fellowship for two years. In 1993, the club relented and allowed members to remain for four years.

In the ’90s, the club extended its activities beyond the South Hills. Among destinations were The Andy Warhol Museum, Frank Lloyd Wright’s Fallingwater, The Funny Bone comedy club in Station Square and downtown Pittsburgh restaurants. Depending on their interests, the women played tennis, mahjong or volleyball, discussed books, met for movies, and organized kids’ play groups and couples dinner groups. Many made lifelong friend along the way.

By 2005, it was clear that no one wanted to “graduate” from Newcomers. In response, the board created several levels of membership, allowing new residents, women who had lived here for a while and even people who had lived here for decades to join. In 2007, the board voted to change the name to Newcomers’ and Neighbors’ Club of Mt. Lebanon and accept any resident as a member.

Today, the club remains committed to welcoming newcomers. Among recent new members are several women who have lived in other countries, as well as one who joined after crossing the border from Upper St. Clair. Mt. Lebanon Public Library Director Robyn Vittek joined when the club held a 75th anniversary tea at the library in February. Other “newcomers” include longtime residents who are in a new stage of life, for instance, suddenly single again.

Inventive programming keeps members engaged. Ceil Rockovich joined in 1998, shortly after she moved her with her husband, Jim. Raised in Braddock, the Rockoviches lived in Cincinnati before retiring to Pittsburgh. Ceil shares her love for the city by hosting “Out and About” adventures throughout the year. She has led this group to Millvale to see historic St. Nicholas Croatian Church and sample macarons and cakes at Jean-Marc Chatelier’s French bakery; to the ToonSeum, Pittsburgh’s cartoon museum, and to Rodef Shalom Synagogue’s Biblical Botanical Garden. Recently, they took a “Wall Street” tour, discovering unique downtown Pittsburgh streets, building and artifacts.

Member Susan Bloom coordinates “Walkabout Wednesdays” with a mission of discovering shops, galleries and restaurants in various neighborhoods in the Pittsburgh region, while Melinda Koujales takes members on creative dining experiences, such as to the culinary school at Manchester Craftsmen’s Guild, which remains a club favorite. For another outing, Melinda organized a meal at Whole Foods with samples from each department—a successful event that Whole Foods said it might weave into its corporate marketing plan. Recently, the group enjoyed a family style lunch at Hickory Heights Golf Club showcasing the talents of chef, Davio, formerly of Davio’s in Beechview.

Continuing the tradition of community service, Laura Teufel oversees Newcomers Cares, an interest group that works with local senior residences. It seems there is something for everyone.

And remember Linda Petrilli, the New York nurse who researched a retirement city online and moved to Mt. Lebanon not knowing not a soul?  Thanks in large part to the warm welcome she received, her commitment to her new hometown grew, and this past year, she served as president of Newcomers and Neighbors.

In her statement of welcome in the 2016-17 member directory, Petrilli had a message for the newcomers, some of whom have lived here for years: “Ultimately, we are a community, here to support and enjoy each other. To another wonderful year.”