For some of us, winter is a wonderland. For the rest of us, it’s a months-long slog of shivering and cursing the darkness. We asked some of our mtl photographers to share a favorite wintertime shot and recall what they were thinking when they were behind the lens. We hope you’ll enjoy their photos, whether you’re celebrating the season or dreaming of long sunny days to come. 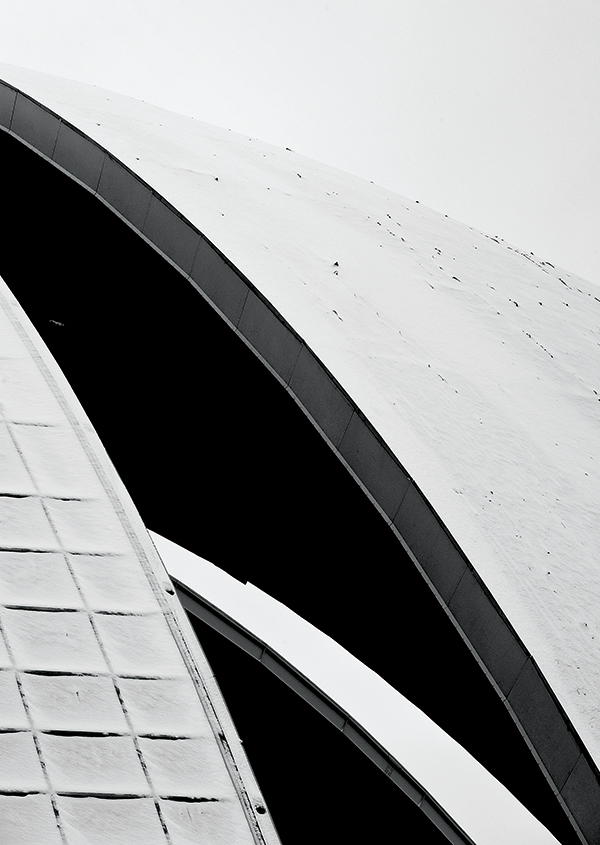 Civic Arena, January 2012 Snow sticks to what remains of the Civic Arena dome during its demolition in the winter of 2012. It was a balmy winter, and this was one of the few snowfalls we received that year. I miss seeing this iconic structure in our skyline. I spent several months documenting its demise for The Heinz Endowments Downtown Now Photography Project.—MARTHA RIAL 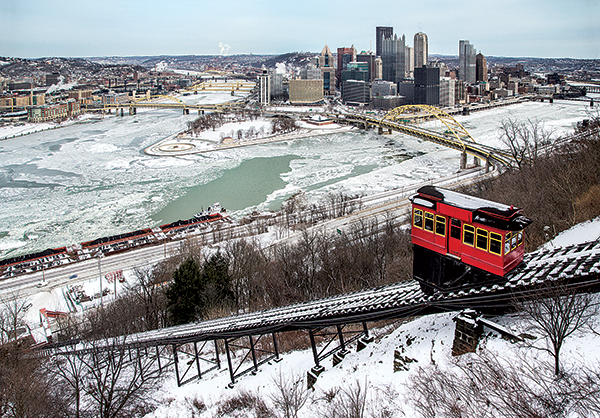 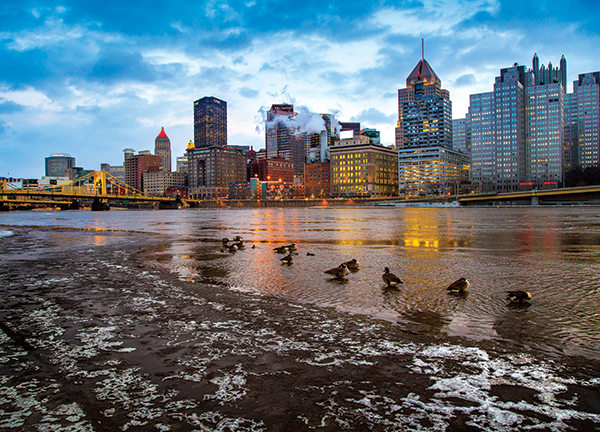 North Shore on Ice, 2013 I captured both images for the commissioned calendar content of “Know Where To Go Pittsburgh.” As usual, some of the best images are only available during the worst of weather conditions. I took both of these in near zero temperature photo sessions, close to the shore line. Using a tripod was a must, since holding a metal camera steady is almost impossible when you have lost the feeling in your fingers. Note, the North Shore view has the extra hazard of icy walkways along the river’s edge, where 90 seconds in the water could be the end, if you are not one of the geese.—GEORGE MENDEL 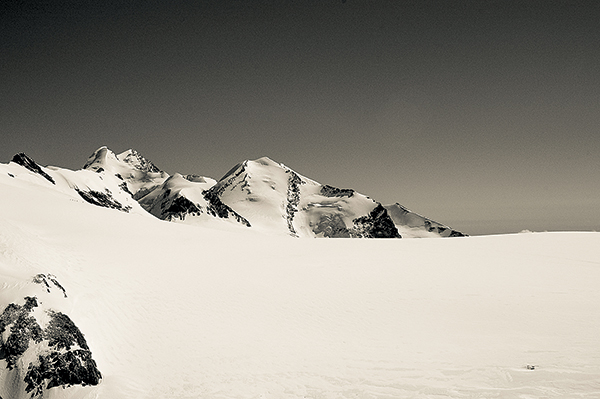 Heart of the Alps, 2007  I captured this image in the Valais region of Switzerland. The stark landscape provides viewers an opportunity to use their own perspectives to interpret what they see. Are those magnificent mountain peaks or piles of weathered snow? At close to 13,000 feet, it feels like being on top of the world.

When I took this shot, I was in awe of the beauty of this eternal winter wonderland; however, anyone who knows me knows that an eternal winter is my worst nightmare, so I was most likely thinking about where I would secure my next steaming hot latte!—ELIZABETH HRUBY MCCABE 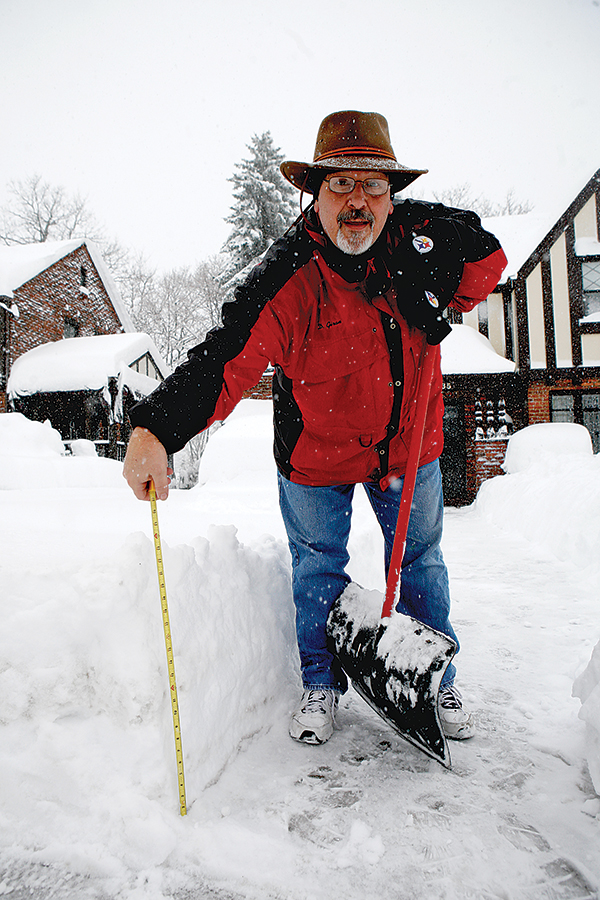 Snowmageddon, 2010 A few days after witnessing Punxsutawney Phil predict an early spring and two days before I was leaving to cover baseball spring training in Sarasota, we were buried under more than a foot of snow. As I walked down the middle of an abandoned Bower Hill Road (since I couldn’t get my car out of my garage) I happened upon this Mt. Lebo resident out doing his due diligence in front of this home. Safe to say, I was happy to be on the next plane to Florida.—GENE PUSKAR 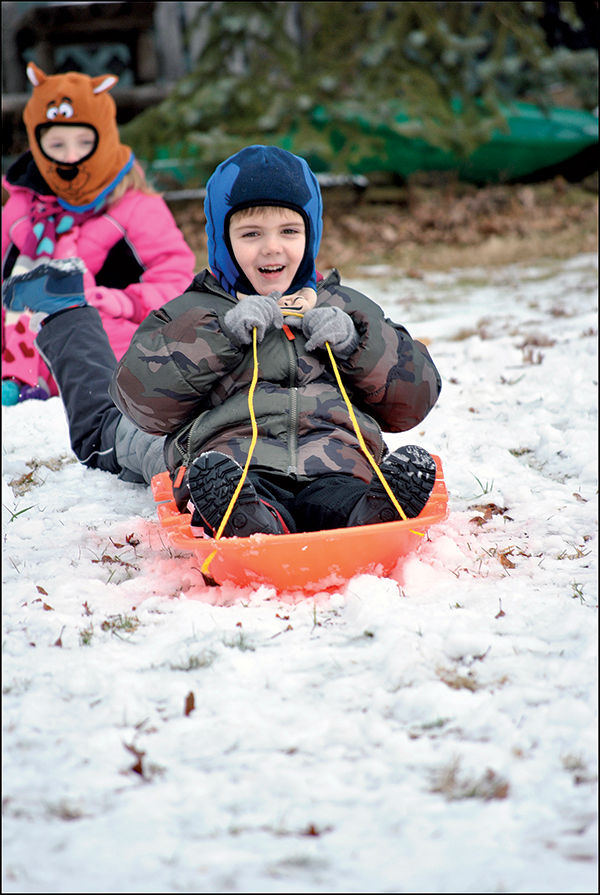 Sledding, 2014 This photo was taken in my backyard as my daughter, son and nephew spent a Sunday afternoon playing in the snow. In full disclosure, I was not taking photos because I wanted to capture my beloved kids in photographs to fill a meticulously crafted scrapbook.  No, I was trying out the new telephoto zoom lens my dad, a news photographer himself, had given me for Christmas. Regardless of how the photo came to be, I feel lucky to have this happy moment in my kids’ lives frozen.—KATELYNN METZ 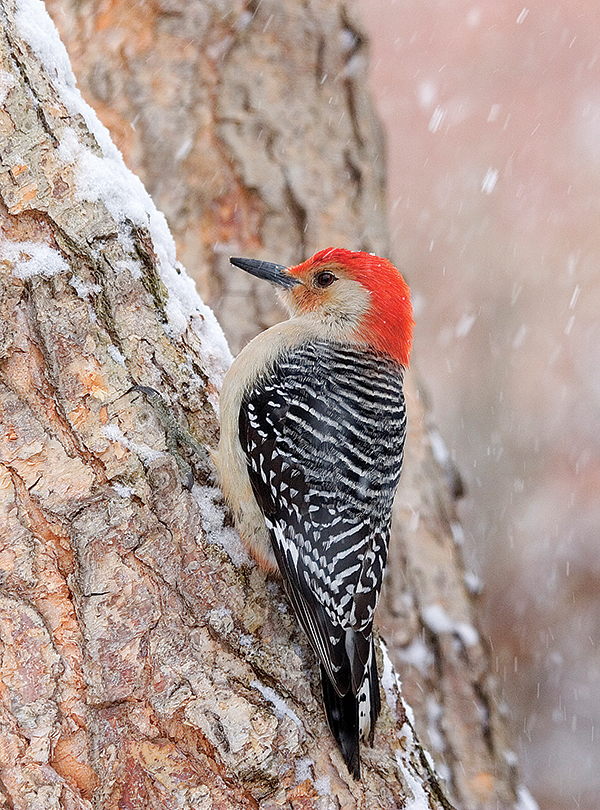 Red-Bellied Woodpecker in Winter, 2007 As I photographed this woodpecker through the slightly open door of my nice warm porch, I was thinking about how fortunate I was relative to the woodpecker and the other birds that winter in our area, but also how well-adapted they are to survive their continuous struggle for food and shelter.—RICH ZAHREN 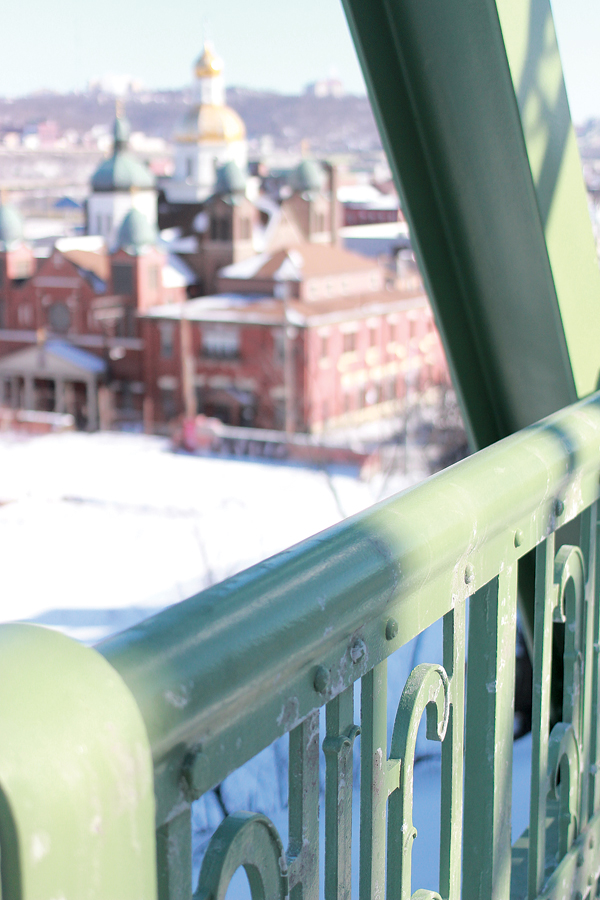 P. J. McArdle Roadway, Viaduct No. 1, 2014 I often drive to the South Side this way, just to admire the view from this bridge. The church in the background seems to glow no matter what time of year, and the odd combination of colors—brick red, sea foam green and glinting gold—have always caught my eye. I love this eclectic view of Pittsburgh.—SALLY BUCEY 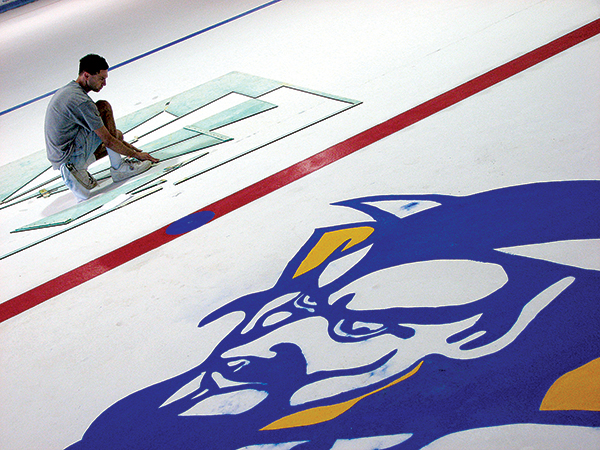 Ice Rink Makeover, 2009 The challenge was standing on a metal chair on the ice rink to get the shot without toppling off. The experience gave me an appreciation for both ice skaters’ balance and the delicate work that goes into repainting the Mt. Lebanon ice rink logos before the top ice layer is poured.—JUDY MACOSKEY