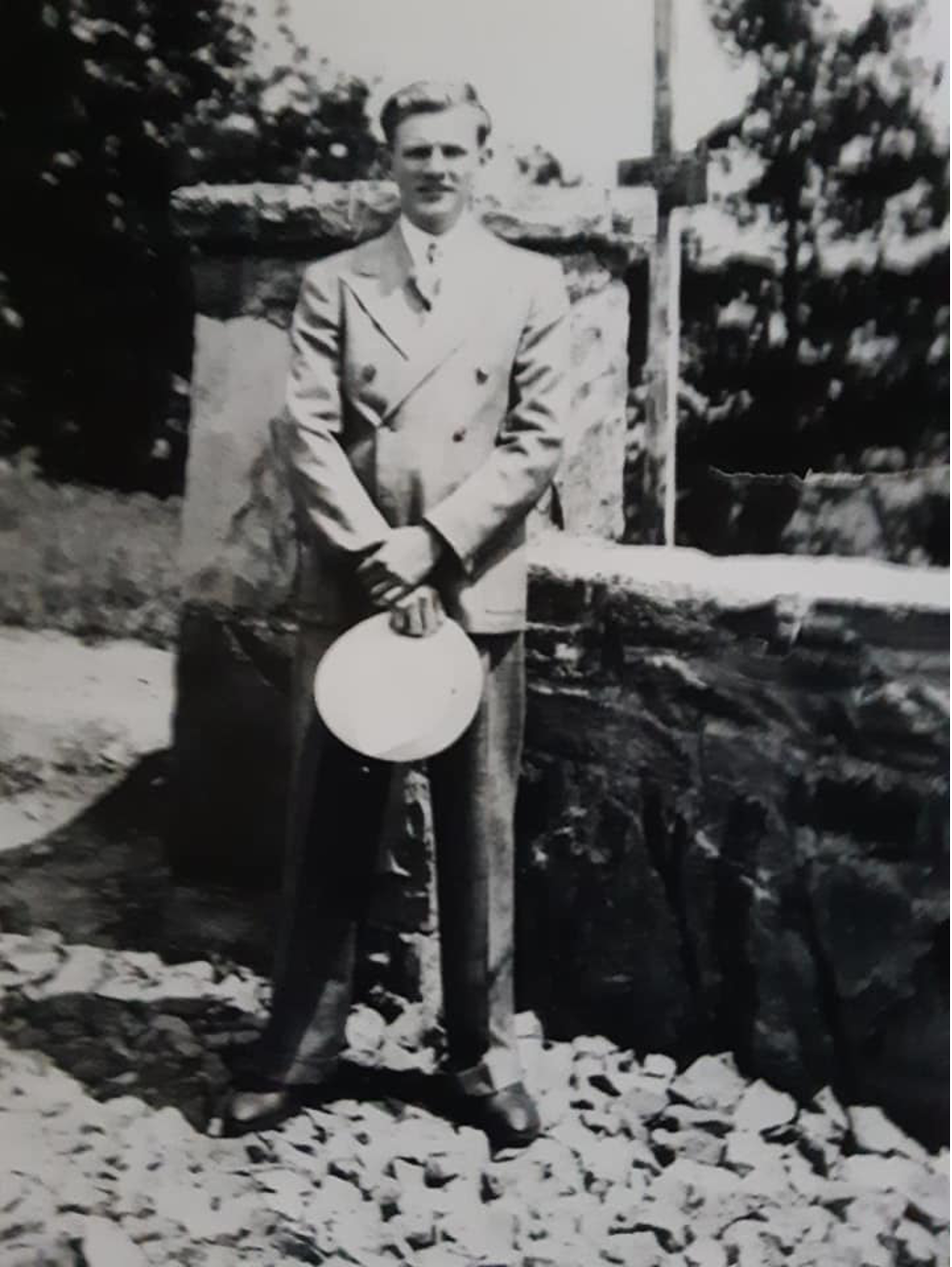 My dad spent the historic day, November 22, 1963—the day President Kennedy got shot—doing yard work for Mr. Lewis, his foreman from the steel mill. With nine kids still at home to feed and clothe, my dad moonlighted as a landscaper to earn a few extra dollars for the family budget.

After toiling 16 hours straight in the steel mill, my dad would return home to sleep at 8 a.m. in a house full of cacophony, then arise at 4 p.m. to go do it all over again. But he did it gladly, hoping that his children’s lives would be easier than his.

My father’s life was the exact opposite of mine. He didn’t go to college and travel the world and play golf like me. Like most members of his generation who grew up during the Depression, his entire life consisted of work, worry and sacrifice.

I spent some time today contemplating how differently my life proceeded from my dad’s. Because I attended college, I didn’t have to follow in my dad’s footsteps working in the steel mill. And instead of 11 children, I had just one.

I also reflected upon how the world has changed since my dad’s time. Disillusionment and cynicism now permeate our lives—unlike then, when my parents forced themselves to be optimistic out of necessity to raise 11 children. They had no room in their lives for skepticism or despair, but cheerfully persevered for the sake of survival.

On that cold night in November, 1963, my dad didn’t get home from his landscaping job until dark and had no idea what had occurred that afternoon. When my mother informed him that his hero, President John F. Kennedy, had been assassinated, he broke down and cried.

JFK was my dad’s hero, because he was Catholic and came from a large family just like ours. His portrait hung proudly on the wall in our living room.

Five years later, when John Kennedy’s younger brother Bobby was assassinated in 1968, my father didn’t cry. He swore. Like the world, my father had changed, too.

Sadly, my father had a stroke in 1986 and died four years later, after a period of prolonged suffering and unproductive pain. My son never had the chance to meet my dad, but I hope he appreciates his grandfather’s enormous struggle to support his family and his primary goal to improve his children’s lives.

Thanks dad.  Your mission was accomplished. And I dedicate these poems to you as a humble tribute to your life.

When I was a small boy, I would ride in the car

I stood with my chin near his shoulder

and looked in amazement at the lights on the highway.

I watched the firm, gentle movements

of his hands on the wheel and thought

I would never be able to do the same.

I feared I would never be a man,

a knight dodging dragons in the night.

The last time I rode in a car with my father,

I was the driver and he the passenger.

Paralyzed by a stroke, he looked dully

out of the window and never spoke.

in impotent repose, while mine were firm on the wheel.

It was not night and there were no dragons,

I wondered how much longer my broken father would live.

Sadly I thought, and reluctantly I realized,

that now I was a man.

I visited my father’s grave today.

The sun came out from behind

A playful cloud, and a gentle summer breeze

Ran through the trees.

He has not forsaken me.