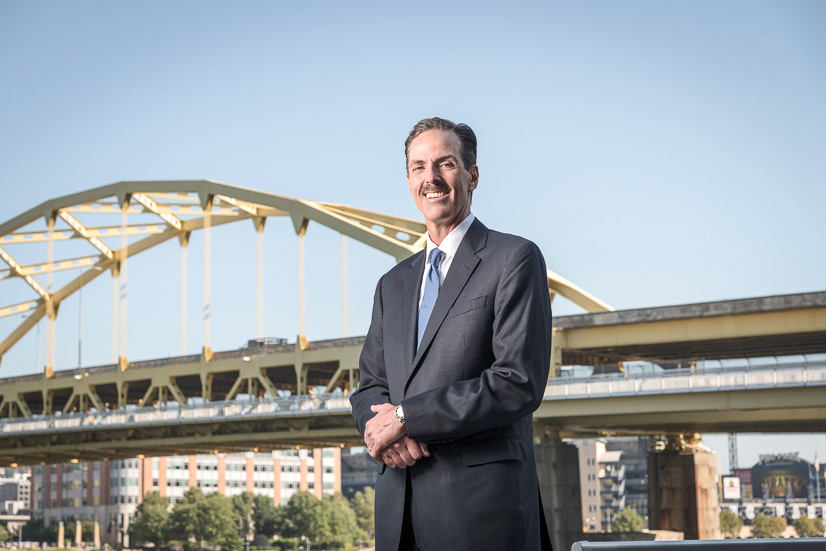 Mt. Lebanon’s longtime consulting municipal engineer, Dan Deiseroth, is the new president of Gateway Engineers. Deiseroth, a civil engineer who lives on Larchmont Road with his wife, Dianne, has worked for Gateway since 1985. He assumed the presidency following the retirement of Ruthann Omer, daughter of Gateway’s founder, Fred Omer.

Gateway, which is listed among America’s top 500 Design Firms by Engineering New Record, advises Mt. Lebanon on all engineering matters, including land development, structural and traffic engineering. Working closely with Deiseroth is Gateway CEO Jason Jesso, who lives in Mt. Lebanon on Jefferson Drive, with his wife, Molly.

Sullivan spent 17 years at Northwestern Memorial Hospital in Chicago, where he served in a number of clinical, academic and management positions, most recently as associate chief medical officer for academic affairs, and as professor of anesthesiology at the Northwestern University Feinberg School of Medicine. He is also the immediate past-president of the Society for Obstetric Anesthesia  and Perinatology.

In addition to his medical degree, Sullivan holds an MBA from the Kellogg School of Management at Northwestern University. He also held a series of progressively responsible positions with the Navy, and currently serves as a Commander in the Naval Reserve.

As a member of St. Clair Hospital’s senior management team, Dr. Sullivan is also involved in policymaking and enforcement, as well as strategic planning and implementation.

Dione Cahillane is the newly named associate director of recruiting and business development for the executive MBA program at the Katz Graduate School of Business at the University of Pittsburgh. Cahillane, Lakemont Drive, has held a number of positions in the university’s Institute for Entrepreneurial Excellence, including director of the Fellows program and membership director. In her new position, she will play a leading role in building awareness of the program among prospective students and increasing enrollment.

Julie Lelevier, Magnolia Place, has joined WesBanco as assistant vice president and private banker. Lelevier, based at WesBanco’s Beverly Road office, develops customized depository and lending solutions and provides client-focused financial planning. She has an MBA from Duquesne University and has completed coursework to become a certified financial planner. In banking for 11 years, she has experience in retail, commercial lending, business banking and wealth management services.

Providence Point has completed work on a non-denominational chapel. The 2,100-square-foot chapel with seating for 100 was made possible through a capital campaign run by Providence Point’s parent organization, Baptist Homes.

Lisa R. Hurley has purchased Angelo Associates Inc., the South Park kitchen and bath remodeling company for which she has worked for 23 years. She is a certified master kitchen and bath designer through the National Kitchen and Bath Association.

Fairway Swingers, a women’s golf league that plays weekly at the Mt. Lebanon Golf Course, is looking for new members. The group plays nine holes on Thursday mornings from April 5 through most of October. Golfers of all abilities are welcome. Dues for the year are $22; members also pay green and cart fees, which for 2018 will be $22 (under age 62) or $18 (age 62 and over). You do not have to be a Mt. Lebanon resident to join. For questions and membership information contact Marilyn Goodwill at mgoodwill@comcast.net.