You can go for a whirl—literally—with Mabrick Avenue resident Chris Reidenbaugh. Reidenbaugh is one of just three people in Western Pennsylvania to be certified as one of Google’s “trusted photographers,” specializing in interactive, 360-degree panoramic images.

To get the certification, he spent about 80 hours studying and practicing over six weeks. He had to get at least a 97 percent on his exam and have 10 shoots in a row pass Google’s quality control.

Google’s motivation for pushing the certification is to get more data on its search engine, and integrated with TourDash, which uses the pictures to create a tour of businesses for their websites.

Reidenbaugh is vice president of marketing for Higher Images, a Bridgeville web marketing agency, and his firm will be using the technology for its clients. Want to check it out? Google his client “Rumfish Grille” and click on the right where it says “See inside.” www.higherimages.com.

Rachel Wiles, an eighth grader at Mellon Middle School, competed in the International Equestrian Association (IEA) Zone 2 championships and placed first in the Middle School Hunt Seat Future Beginner class. Rachel, who rides for the Caustelot Farms Team in McDonald, competed at the Horse on Course Farm in Valencia against the top riders in Pennsylvania, New York and New Jersey and qualified for the National Tournament. Founded in 2002, the non-profit IEA promotes the quality of equestrian competition and instruction available secondary school students. It sets minimum standards for competition, provide information concerning the development of school equestrian sport programs and provide information regarding safe riding and competition.

Jelic, who wrestled at 145 pounds for Mt. Lebanon on a team that won the PIAA championship in 1980, went on to wrestle for the University of Pittsburgh, where he set numerous records. He won the Eastern Wrestling League championship twice and in 1984, wrestling at 167, was named NCAA All America. A three-time team captain and three-time MVP at Pitt, he graduated with the most wins in school history and was elected to the Eastern Wrestling League Hall of Fame in 1989.

It came as no surprise that Jelic was athletic—every member of his Mt. Lebanon family lettered in at least one sport. His dad, Ralph, also a member of the sports hall of fame, was on Pitt’s 1955 and ’56 Sugar Bowl and Gator Bowl teams. Ralph went on to coach football at Lehigh, Boston University, Harvard and Pitt and was a talent scout for the NFL. Jeff’s mother Cynthia, played basketball at Pitt; his brother, Chris, played football and baseball at Pitt and pursued a major league baseball career for nine years until injuries ended that career; his sister, Jane, played volleyball at IUP.

Jeff served as director of aesthetic surgery for the University of North Carolina Department of Oral and Maxillofacial Surgery prior to opening a private practice in Durham. He also teaches residents at Durham VA Hospital.

Vujevich Dermatology, 100 North Wren Drive, has added Diane Inserra of Mt. Lebanon to the practice. She earned a doctor of medicine degree from Rutgers New Jersey Medical School and completed her internship in internal medicine at Cornell University, training at Memorial Sloan Kettering Cancer Center and New York Hospital. She completed her dermatology residency at the University of Pittsburgh Medical Center and is certified by the American Board of Dermatology. She specializes in medical dermatology, dermatological surgery and cosmetic dermatology. For appointments, call 412-429-2570. www.vucare.com. 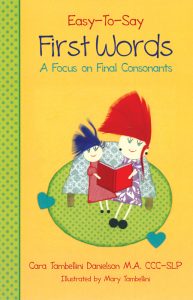 Mary Tambellini, Glen Ridge Lane, and her daughter Cara Tambellini Danielson of Santa Monica, California, have collaborated on a book designed to help children acquire first words and articulate them properly. Cara, a speech language pathologist, wrote Easy-To-Say First Words, A Focus on Final Consonants, and Mary did the illustrations.
Designed both for speech-language pathologists and parents, the small, colorful book exposes a child to consonants they find in everyday works—and often ignore. For instance, as the book’s foreword notes, kids may say “ee” instead of “eat” or “uh” instead of “up,” leading people to misunderstand their efforts to communicate.

The slim, peppy soft-cover book includes a guide for reading it to tots that includes such tips as: make sure your child can see your face; pause before the last word on each page and use gestures and encourage play while reading.

A Mt. Lebanon High School grad, Cara received her B.A. in psychology and master’s in communication sciences and disorders from Northwestern University. She specializes in pediatric speech and language development. Mary, a card designer for her business, A Mary Card and More, designs cards and invitations. She says she hopes her illustrations “make children laugh.”

The book is available for preview and purchase on Amazon.

Gobbie Orthodontics has expanded to become Pittsburgh Orthodontic Group with the addition of Dr. George Deme to the practice, with offices in Clairton, Scottdale and 750 Washington Road in Mt. Lebanon. Dememe, who was born in Greece, received a bachelor of science in neurobiology from the University of Pittsburgh, where he also earned his DMD degree. He earned a master of science degree in orthodontics from Boston University. Deme joins Richard Gobbie in providing complete orthodontic services. 412-563-5800.

Susan Evans, an ovarian cancer survivor, discusses the book she co-wrote with Dr. Thomas Krivak about her experiences of treatment and recovery, Don’t Write the Obituary Yet, 6 to 8 p.m., Wednesday, June 18, at Premier Home Design Center, 1597 Washington Pike, Bridgeville. Proceeds from the book sales go to the Evans-Krivak Gynecological Cancer Research Fund. 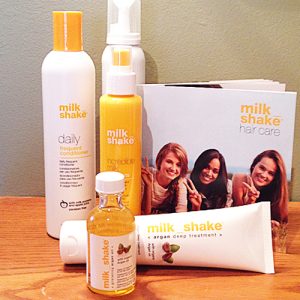 LaVerde & Company, 254 Castle Shannon Boulevard, has added the popular and affordable new Milk Shake line of professional haircare products created in Italy using milk, fruit and other natural products. Even if you’re not a regular customer, owner Ron LoVerde invites you to stop and shop.