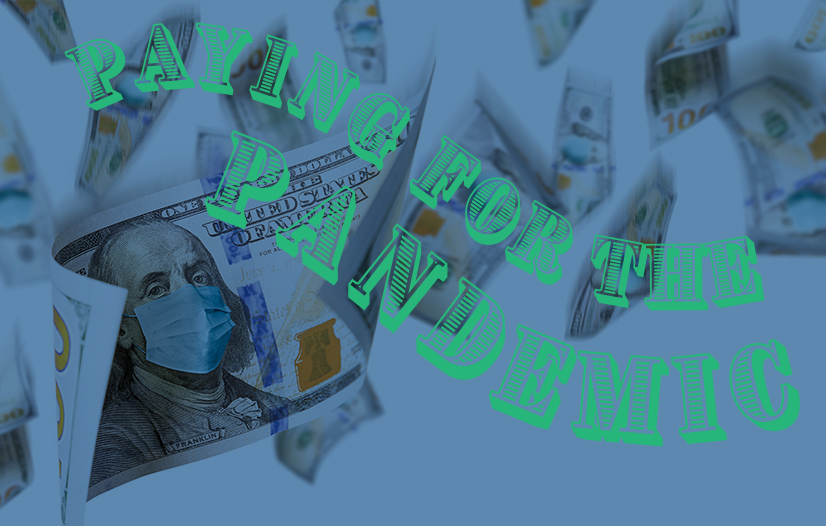 he COVID-19 pandemic, as we all know, is unlike anything we’ve ever encountered, in size, scope and duration. Mt. Lebanon, like most of its residents, has taken some hits in the wallet. Among the myriad challenges COVID has created this year is: How do we pay for this?

We’re used to dealing with emergencies, like 2004’s Hurricane Ivan, or Snowmageddon in 2010, or the 2018 storm that dropped four inches of rain in three hours. Disasters that cause tangible property damage. Something gets knocked out, like for example when the 2018 rainstorm washed away most of Hilf Street. Terrible, but fixable. We fix the problem, then apply for reimbursement from the state or federal emergency agencies.

“Say something takes down municipal infrastructure,” says Mt. Lebanon Finance Director Andrew McCreery. “We can figure in down time and cost of replacement. In this case, expenses, excluding personnel costs, are slowly trickling in.”

In the eight months since the pandemic gained enough strength to be classified as an emergency, Mt. Lebanon has spent money on modifications to its buildings, and on additional cleaning supplies and personal protective equipment for employees, and is expected to spend more. Factor these unexpected costs in against an interrupted revenue stream and it could be cause for concern.

Causing more uncertainty is the fact that the pandemic doesn’t compare to other financial setbacks, such as the real estate crash of 2008-2009. As bad as that was, McCreery says, it affected a known market—housing—and its distress was focused more on the financial sector. The ripple effects of COVID-19 are making themselves felt all across the board. Layoffs, reduced hours, business closings, all contribute to an economic impact that some experts say will be years before recovery.

Earned income tax (EIT) accounts for a big chunk of Mt. Lebanon’s municipal budget. In 2019, the $12.8 million in EIT revenue accounted for almost half—43.7 percent—of municipal tax revenue, and 34 percent of all general fund revenue.

The recreation department, which covers its own expenses and also adds to the general fund, was forced to cancel many of its programs, resulting in another approximately $100,000 in lost revenue.

Bad news. Followed by more of the same. Kind of the recipe for 2020. But not apocalyptic.

“We’re not going to go broke,” McCreery says. “We have procedures in place, sound procedures that predate my time here, that enable us to keep a pulse on what’s happening.”

Some of the measures were deferring expenses, putting off some purchases and instituting a six-month hiring freeze. The municipality did furlough some workers, but all but a few have been recalled. 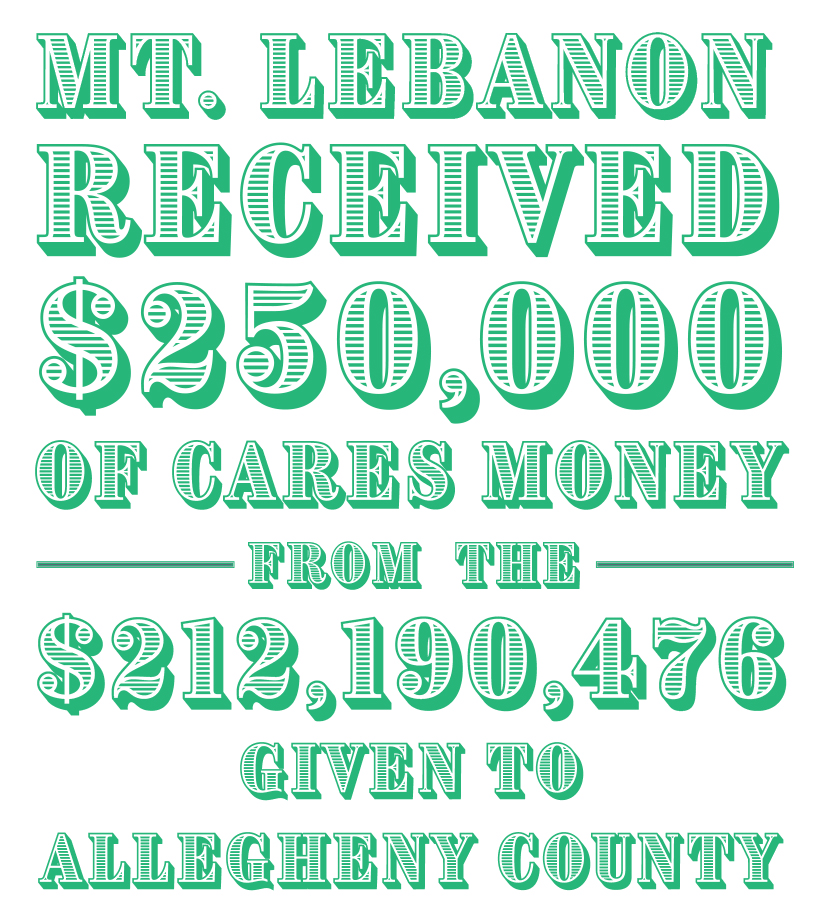 The fund balance is the difference between assets and liabilities in the general fund. The balance is grouped into several categories. Restricted fund balances can, as the name suggests, only be spent on specified purposes, or through a commission decree. Sanitary sewer improvements under the agreement with Allegheny County Sanitary Authority (ALCOSAN), road maintenance agreements with PennDOT and bond issue proceeds for specified purposes, such as the recent upgrade of the ice center are some examples of restricted fund expenditures.

The assigned fund balance is money that falls outside the restricted criteria. Money from the assigned fund can be used for things such as completing capital projects that extend from one year’s budget to the next.

“We will definitely weather this,”

McCreery says, although the full impact of the pandemic will be delayed. “A lot depends on when EIT growth comes back to pre-COVID levels. If we don’t hit our EIT numbers, there will be an impact on the budget. The commission may have to decide to cut some services, or raise taxes.”

“The municipal staff is constantly looking out for the taxpayers,” says Daniels. “We’re looking for ways to minimize the financial impact.”

“Typically, emergency grant money is limited to equipment and supplies, and doesn’t cover personnel costs, but this year all bets are off,” says Daniels. Changes in personnel including temporary scheduling — such as the police department placing officers into teams that worked rotating 12-hour shifts to ensure a reserve contingent of healthy officers was readily available in case of an outbreak — were covered with CARES money.

Smaller grants are available for volunteer fire departments and other organizations that rely on fundraising events, such as bingo, fish fries, carnivals and other activities that can’t take place under the current conditions.

“As we close out the year, we can apply for reimbursement for supplies and building modifications, and we’re hoping to also get money for overtime on emergency management.”

At the height of the COVID-19 lockdown, when all municipal buildings were closed to the public and many employees were working remotely, the municipality required employees to carefully document all work time that was spent on dealing with the pandemic. Daniels estimates his strictly COVID-related overtime as more than 100 hours.

“This was a different type of emergency,” says Daniels. “We’re all kind of learning as we go.”