“Anytime you want to talk to a police officer or have one come to your home, call 911,” says Police Chief Coleman McDonough. The 911 dispatchers prioritize all calls, so don’t worry that you are blocking the lines when all you want to do is complain about a barking dog. “We want our officers out on the street, answering calls for service and being visible in the community, so we don’t always have an officer at the station to answer the phone. If you need a police officer, you should call 911,” McDonough says. 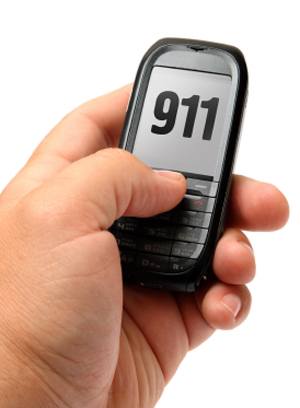 The only, only exception to this rule is if you are calling the police to request permission to park overnight on the street. Those requests are taken from 6 to 11 p.m. daily at 412-343-4023. If you have an administrative issue, such as applying for a crossing guard position or filing a complaint, call 412-343-4016 between 8:30 a.m. and 4:30 p.m., Monday through Friday, or send an email to mlpdmgt@mtlebanon.org. Information about special events and programs is on the police department website at www.pd.mtlebanon.org

McDonough reports that someone recently posted a request on Facebook for police assistance for a loud party. “We do not monitor Facebook 24/7,” he says. “Please don’t use social media to request help.”

HARD WORK PAYS OFF David Dongilli, special agent in charge of the Philadelphia Drug Enforcement Agency office, presented Mt. Lebanon Police Officer Josh Chops with a certificate of appreciation for his work in a long-term investigation into a prescription drug ring operating in several locations along the East Coast, including Mt. Lebanon. Chops spent several years on the investigation, which resulted in more than 30 federal indictments.

SPECIAL RUN Several Mt. Lebanon police officers will run a leg this month in the Law Enforcement Torch Run—Special Olympics’ largest grassroots fundraiser and public awareness booster. The torch run begins on Tuesday, June 4, at home plate in Pittsburgh’s PNC Park and ends Thursday, June 6, at home plate in Medlar Field in State College, where the opening ceremonies for Special Olympics Pennsylvania’s Summer Games will be held. More than 50 law enforcement teams and 350-plus law enforcement members have committed to run a leg of the 150-mile stretch. Mt. Lebanon police officers will team with Allegheny County and Bethel Park officers to run a four-mile leg from the Cathedral of Learning in Oakland to Frick Park. 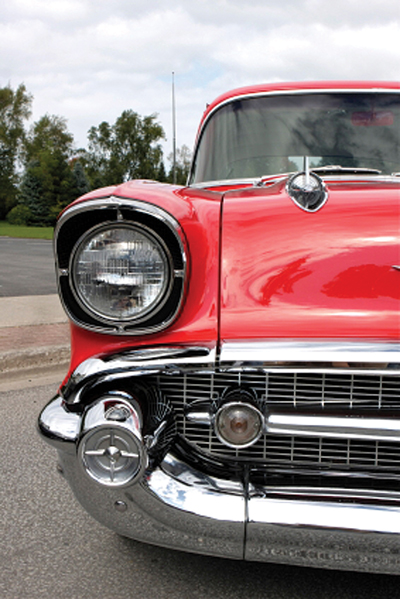 CAR SHOW Sure, today’s cars are safe and utilitarian, but comparing a 1960 pink Cadillac Eldorado to a Kia Soul is kind of like comparing a Rembrandt to a toddler’s first foray into finger paints. You can get your fill of automotive artistry at the Mt. Lebanon Police Department’s Car Show, 9 a.m. to 5 p.m., Sunday, July 7, along Washington Road. The day features music, vendors, food and, of course, classic cars, muscle cars and street rods. The Mt. Lebanon Police Department and the Mt. Lebanon Police Association sponsor this family-friendly event with help from Mt. Lebanon Sunrise Rotary, the Mt. Lebanon Recreation Department and the Pontiac Oakland Club of Western Pennsylvania. Proceeds benefit the police department’s youth programs. Please note that Washington Road will be closed to street traffic from Lebanon Avenue to Cedar Boulevard beginning at 8 that morning.

PUT IT OUT We’ve written many times about the importance of smoke detectors and how you should change the batteries twice a year and the entire unit every 10 years, but we haven’t touched on fire extinguishers much. Fire extinguishers are your second line of defense and can be the difference between a small inconvenience and a life-changing event. Fire extinguishers can be purchased at any hardware store and should be placed in an easily accessible area. The kitchen, garage or workshop are the best places to keep an extinguisher.

Take a quick look at the extinguisher every month to make sure the pressure is at the recommended level—many feature a gauge, and the needle should be in the green zone. Also make sure the pin and tamper seal (if it has one) are intact and that there are no dents, leaks, rust or other signs of abuse or wear.

Fire extinguishers should be pressure tested every few years to ensure the cylinder is safe to use. You can take your extinguisher to Extinguishing Systems on West Liberty Avenue in Dormont. They can also recharge an extinguisher after it has been used. An extinguisher is generally good for about 10 years.

There are several types of extinguishers, each designed for different types of fire—combustibles, liquids, electrical equipment, etc. Mt. Lebanon Fire Chief Nick Sohyda recommends residents purchase an ABC multipurpose fire extinguisher, which is good for all types of fires.

If you need to use the extinguisher, make sure you are standing about seven feet from the fire and that your back is toward an exit. Even if it appears the fire is out, you should still call the fire department—a fire can continue to smolder and reignite.